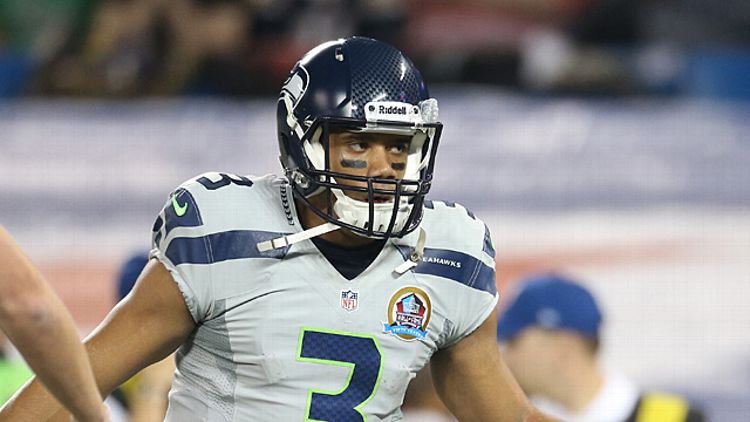 If you’re reading this, the end of the world did not take place and the Mayans will forever be seen as crap-filled liars. Let’s hope that’s the case.

As far as my personal interest goes, the end of the football world (at least the season) has been perplexingly delayed by my beloved Dallas Cowboys. I guess they just want to disappoint me closer to the holidays. This team is the equivalent of unwrapping a bolo tie on Christmas Day.

I actually thought of a way the Cowboys could prolong the inevitable agony for their fans before even stepping on the field this Sunday. I know bullying is frowned on in today’s society, but I wouldn’t mind seeing uber-rich Cowboys owner Jerry Jones make a public statement before the Saints game. And it should go something like this: “Let it be known that if we are to lose this week against the Saints, we will actively and aggressively pursue Sean Payton in the offseason. And don’t think we won’t.” And then when New Orleans backs off and lets us win — we steal Payton away in mid-January anyway.

There you have it. Easy Peasy … George and Weezie.

Here’s my jermajesty* update: -19,500 last week and +180,000 overall. My apologies for last Sunday’s Ray Rice over 19.5 carries prop. I thought I read somewhere that the Ravens hired a new offensive coordinator. He must not have started yet.

This week, we up the ante in our quest for one million jermajesties.

I’ve more or less abandoned this type of prop bet since the beginning of the season. It became too much of a crapshoot. In other words, I was wasting far too many jermajesties on it. However, I’m willing to bring it out of retirement this week only. It’s obvious that Big Ben still enjoys slinging it to his deep threats, Mike Wallace and Antonio Brown. On the other side, it’s going to be comical watching A.J. Green toy with the gluttonous mannequin Pittsburgh throws in to replace Ike Taylor’s replacement. Expect big plays from both sides. 20,000 jermajesties

The only thing worse than being the Jaguars is being the Jaguars a week after the Patriots were embarrassed at home during a nationally televised night game. Oh — and gummatous syphilis. That’s bad, too. No chance the Pats get off to a slow start this week against the dismal Jags, who are firmly entrenched in tanking mode in the hopes to land the top draft pick in April. 50,000 jermajesties

At this point, holding the Seahawks to under 20 is the equivalent of shutting out most other teams. Seattle has surpassed the 20-point mark in each of the last seven weeks. In a few of those weeks, their defense alone approached that number. I’d be surprised to see the 49ers get up for another emotional road game — one that they really don’t need. (Week 17 gimme vs. Zona) 50,000 jermajesties

Kaepernick and Wilson sounds more like a bad college cover band than a prime-time matchup of coming-of-age QBs. The fact that these active running signal callers are both still double-digit odds to score first is baffling to me. I’d even go as far as to say flummoxing. 5,000 jermajesties each

Randy Travis, Amanda Bynes, Sally Struthers, and Tony Romo’s near father-in-law, Joe Simpson, have all signed on for 2013. I imagine their disheveled mugshots will look great when featured prominently on Jerry’s big screen.

Over/under April of 2017 before I’m able to pronounce the names of the Mets’ newest prospects, Travis d’Arnaud and Noah Syndergaard, who were traded to N.Y. from Toronto for Cy Young Winner R.A. Dickey

I’d like to thank Cy Young award winner and 20-game winner R.A. Dickey for giving Mets fans something to root for over last three years … other than a Bernie Madoff prison knifing.

I wouldn’t advise investing in Axe Body Spray or anabolic steroids either. So long to my favorite band of orange, incontinent juicehead gorillas, guidettes and grenades alike.

We’ve hit a new low with these sponsored bowls. Actually, we’re still working off the same low established a dozen years ago. It’s an especially nonsensical grouping this year. The AdvoCare V100 Independence Bowl. The Beef ‘O’ Brady Bowl. The Belk Bowl. The Kraft Fight Hunger Bowl. All that said — if they need an honorary coin tosser at the 2015 inaugural Accoutrements Corndog Lip Balm Bowl, I’m in.

In keeping with the Christmas spirit, the New York Jets will trade Tim Tebow for over/under 2.5 French hens

The Jets would’ve preferred to go after a Lord a Leapin’ or two, but Tebow has a no-trade clause in deals that involve lords other than Jesus H. Christ himself.

Any way you look at it, there’s far too much white in this family photo.

Anybody else in the mood for asparagus right now?

If you bet the over, you win! It seems like they could’ve just combined and made one truck that served Korean fried chicken popsicle tacos. Thanks, Grantland!

That’s that. Have a happy holiday!

Overrated or Underrated: 2012 in Sports