The Weekend Never Starts Around Here: The MLS Almanac 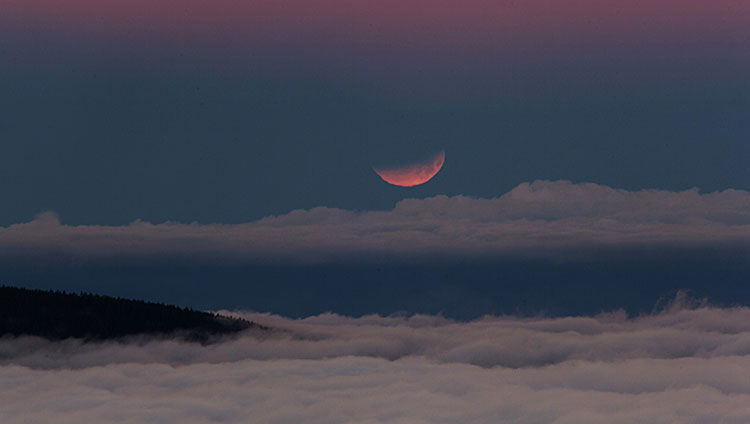 There’s always a game on. A few years back, the Guardian ran a tongue-in-cheek preemptive campaign to “Stop Football” during what, at the time, was quaintly referred to as the offseason. If you follow MLS, the idea of an offseason is just adorable, but a rather moot concept according to the non-FIFA calendar under which the league operates. It means I’m simultaneously enjoying the fresh-cut-grass optimism/denial of a new season while mentally distancing myself from my team’s impending relegation over in England. To give you a sense of my hideous cultural confusion, my circadian rhythms are verklempt, like.

So as a public service to similar sufferers who don’t know how to feel at any given moment of the MLS season, after a month of it, here’s my attempt at an MLS almanac to guide you through the phases of the season.

MLS does not have a winter schedule like the rest of soccer. Now and again it contemplates one, but then it notes the weather in Toronto and stops contemplating it.

During the last MLS Cup week, there was a warning about certain parts of the country being so cold that venturing outside might result in the water in your eyes freezing. For all the pressure FIFA puts on MLS about having its season match the traditional arc of fall to spring, there are enormous logistical difficulties to fair scheduling during winter. Even by March, when the season kicks off, it will often see cold-weather teams sent on tours to sunnier climes, or playing their first couple of home games in alternative, covered venues. (March means Montreal kicking the ball among the pile of rugs that is the Big O’s artificial turf.)

There’s a staggered element to the schedule right from the start, and yes, it affects the standard of play — after winter, Toronto’s BMO Field looks like no-man’s-land in the Somme. Move that a couple of months earlier and it gets even uglier.

March is also when the ghost of the decent team that earned the right to compete two seasons earlier get spanked by cheerful midseason Mexican sides in the CONCACAF Champions League. The Galaxy in particular have been perennial competitors at this stage of the competition over the past few years, and the resultant stop-start scheduling has created the sensation that their domestic season never starts until it’s halfway over. 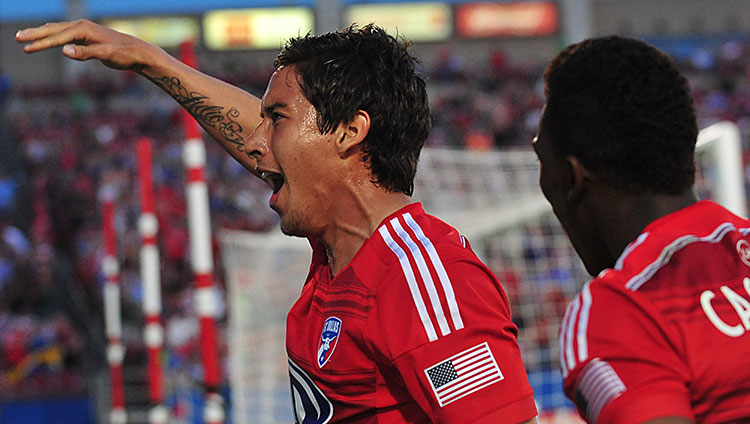 This time of year, we see the strange phenomenon of “false peaking.” It’s why even before the Sounders ended the unbeaten start to FC Dallas’s season at the weekend, long-standing Dallas fans weren’t getting carried away by their start to 2014. Around this time last year, Dallas were at the top of the standings, alongside Montreal Impact. By season’s end, Dallas had missed the playoffs and parted company with their coach, while the Impact scraped into the playoffs and crashed straight out, in a storm of red cards and Italian cursing.

So, don’t look at the current standings. That said, do look at the current standings, because for every coach who’s currently claiming, “It’s early yet” to explain why his side hasn’t got a win (yes, you, Caleb Porter and Mike Petke), generally projecting the air of a mechanic tinkering with a sputtering engine that will soon be in turbo mode, there’ll be another still asserting that the playoffs are “a realistic possibility” in July, when they’re … just not. See Olsen, Ben, in 2013.

Near enough to the promise of summer tournaments, close enough to the end of hostilities in Europe, May is the perfect month to introduce another MLS franchise, replete with instant fans and a Photoshopped rendering of the proposed downtown stadium on the site of the existing contemporary art museum. It’s a time of intense optimism, projections, and mildly fudged figures.

As for May, in actual league play, May is May. Too close to the start, yet to go through the distorting filter of the dog days of summer — May is May.

This is the month where the sweet science of building a deep squad on a salary cap meets one of the true joys of summer/winter scheduling: tournament play. If it’s not a World Cup, it’s a Gold Cup. Imagine a team, having had a decent start to the season, having done the hard work to identify an undervalued Central American who turns out to be the attacking playmaker their otherwise pedestrian squad needed. Then they find out he is now joining his national team in what will inevitably be an unlikely deep run in whatever competition they’re playing in, during which he will twang his Achilles.

In the three-month absence, his MLS side will play a $45,000 squad member from the 18th round of the 2012 draft, and the goals will dry up, prompting thundering editorials about the helpless strikers, penned by the likes of me. 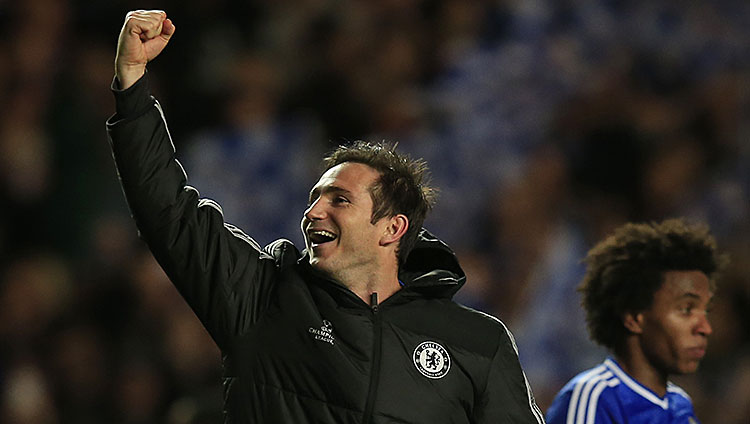 Good month to prune to discourage growth; castrate animals; drift listlessly around humid stadiums; go to the one game you’ll attend this year; mention that, “Every time I come here, you see more and more people, and it’s definitely somewhere I’d like to play at some stage in my career.”

If it’s July, it must mean a ridiculously crowded schedule of glamour exhibition games between European giants at big stadiums around the country. If you’re the L.A. Galaxy, whose schedule consists of seven separate teams playing in four separate time zones, in 17 different competitions (three of which are fictional), this may also be a month where you play a couple games against one of those teams, to “build the brand.” That the weary brand can’t remember its own name at this point is secondary to something to do with demographics and trajectories.

This is also the month when the enthusiastic GM your team appointed in February appears to be literally melting before your eyes. New York provided the perfect example in 2012, when Chris Heck scheduled a game for 2 p.m. on a July Wednesday as “an experiment.” Having tried to paper the stadium with summer campers, Heck then got to avoid eye contact with Thierry Henry, as the Frenchman led his side out in 101-degree temperatures — which the campers had largely, sensibly avoided — in one of the sadder sights I’ve seen. Heck was gone in about a minute.

It’s also the time of year when high-pressure teams like Kansas City wish they didn’t have to run all the damned time.

Also this month, when the moon is over Biloxi, Frank Lampard will claim to be interested in moving to MLS. He may be in a press conference or a darkened bedroom in Chingford, Essex, at the time, but he will do it. Every year. See also: Drogba, Didier; Ballack, Michael. 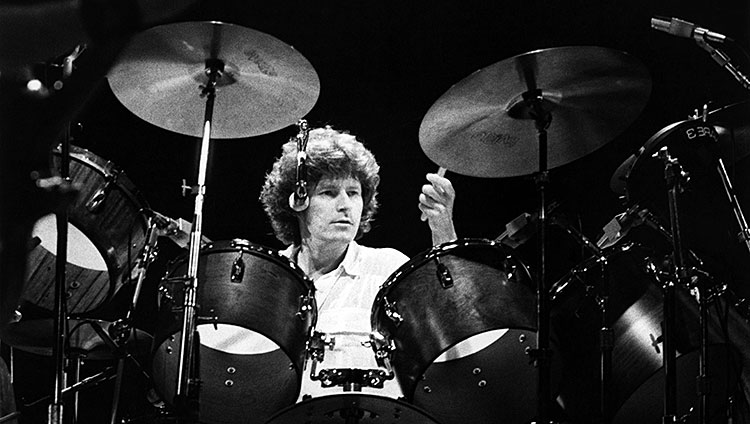 Good month to cut hay; to plant below ground crops; mistime your run to the playoffs; sign a designated player to upset the balance of your squad; endure headlines saying, “Football’s back!”

There’s always one. August is that month where people start saying things like, “Can anyone stop Columbus right now?” Despite knowing, deep down, that someone can and will. Not that I’m singling out Columbus per se, but this is always the time of year when one team seems to start clicking and winning game after game — just too far out from the playoffs. A couple years back, it was indeed Columbus, with the inspired signings of Federico Higuaín and Jairo Arrieta, that started doing all kinds of damage. Last year, it was Mauro Rosales plopping free kick after free kick onto Eddie Johnson’s head for Seattle. Which conveniently brings us to …

The big-name signing. For two weeks in August, one set of MLS supporters will have one of their happiest fortnights as fans. Twitter rumors will rumble; a photo of said player in a team jersey will emerge. There will be an expectation that they’re going to win everything, fanned by the likes of me, and a huge sense of anticipation for a home debut by an exhausted player coming off a season in Europe/a tournament/an injury/the mother of all hangovers.

That player will hobble off the bench to play 10 minutes, during which he’ll introduce himself to his teammates (marketing commitments having prevented the niceties before then), and do nothing else. Then the coach will attempt to introduce this trequartista/roving enganche/equilateral triangulist into the bog-standard 4-4-2 that got his team to fourth, and the wheels will come off. The boys of summer will have gone, just in time for the Premier League to come back on with blanket coverage everywhere.

A good month to can, pickle, or make sauerkraut; to set posts or pour concrete; to start the long, slow skid to fifth place on the last day.

If August is when a team gets hot, September is when a couple of draws will bring on the dawning realization that there’s still long enough left to miss the playoffs. It’s around this time a flailing coach will start shuffling personnel and formations, as the Galaxy and Houston glide past them on their way to … it doesn’t really matter what playoff spot, does it? See: Impact, Montreal. 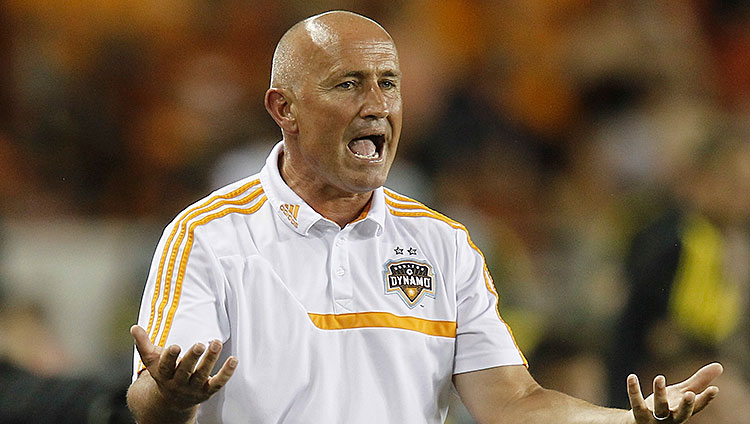 Every year, Dominic Kinnear wakes up around July, potters round the house a bit, sends his polo shirts out to get pressed, yawns, goes for a light jog, and starts picking up points.

By October, his Houston Dynamo side, who’ve been hovering around the middle of the East all year, will have picked up just enough of these points to have guaranteed a playoff spot without particularly impressing or depressing anyone. Will Bruin will start scoring goals, Brad Davis will start finding heads with every cross, Oscar Boniek García will return from injury (see June) and start running rings round opponents who’d forgotten him, and the Dynamo will make the playoffs.

A wolf will appear in the west. A blood moon will rise, and an Eastern empire will fall. The Dynamo will make the playoffs.

At this point of the year, the almanac’s reliability ends, owing to how “anything can happen in the playoffs,” but hopefully this guide means you can experience all the delightful phases of the MLS season without thinking they signal the end of days. Unless Rafa Márquez comes back.