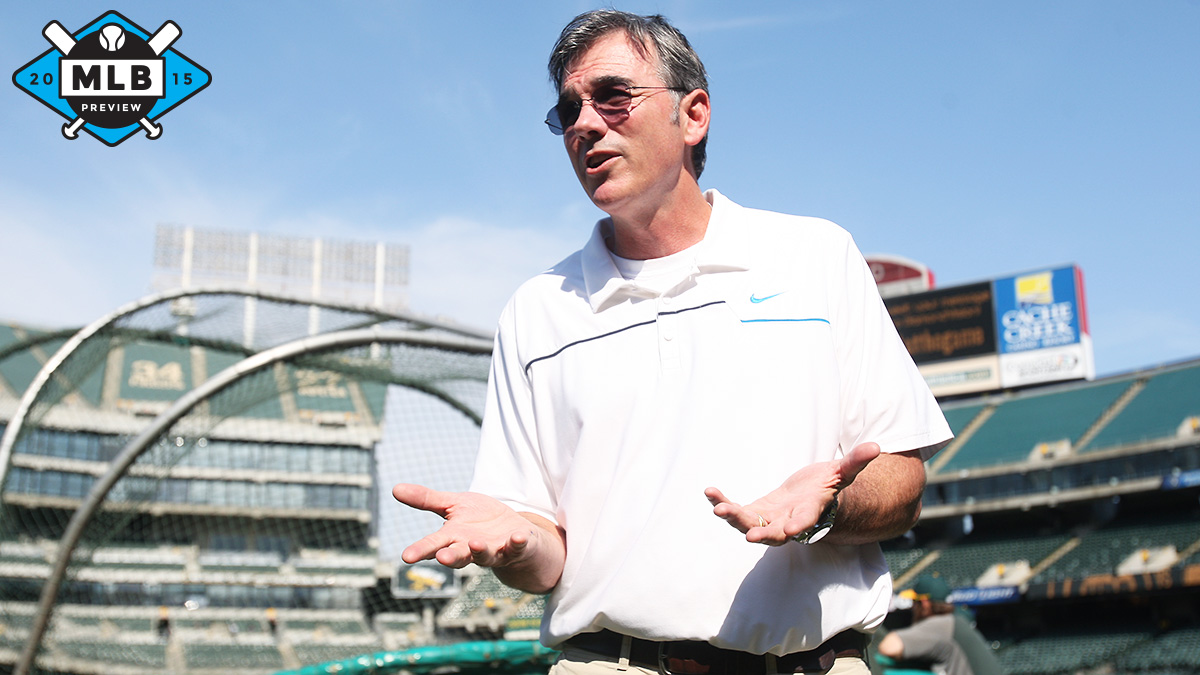 Being the general manager of a baseball team is an extraordinarily difficult job. A GM must have a near-preternatural understanding of baseball, the patience to deal with the Bond-villain egos of owners, and the administrative capacity to manage a diverse and often combative set of employees. A GM must earn the trust of his (or, someday — we hope — soon, her) coaches, staff, and players in order to get them to operate like a unit, while maintaining the emotional distance to view them as chess pieces, assets to be discarded when a better replacement can be had. It’s a job that’s equal parts art and science, and it requires talent and expertise beyond the imagination of the overwhelming majority of people who care about baseball.

And as if that weren’t difficult enough, each general manager is pitted against 29 of the other handful of people on the planet who could do that job, in a zero-sum competition that rewards one, and only one, entrant every year. And at the end, we all sit down and pretend like this fun-house mirror exposed some heretofore unknown quality in the eventual victor, and act like the team that won the World Series is the best team, and not just the good team that encountered the best luck at the right time.

The more you learn about baseball — the more you see supersonic line drives turn into double plays, broken-bat bloopers turn into doubles, and games turn on a man’s ability to judge the path of a three-inch-diameter sphere moving through three dimensions at 85 mph and spinning at 1,500 rpm with the naked eye — the more you appreciate how fine the distinction is between victory and defeat. Anyone who’s taken middle-school math knows that given a long enough experiment, those margins even out, but on any given day, at any given moment, anything can happen.

And when the stakes are highest in baseball, the effect of luck and randomness is magnified to comical proportions. Think about it long enough and playoff baseball stops being entertaining. It starts looking sick, like a cruel joke played on people who know better for the benefit of people who don’t.

For the past 32 seasons, the Oakland Athletics have been run by two of the most celebrated general managers of all time: Sandy Alderson and his protégé, Billy Beane. To promote their upcoming book In Pursuit of Pennants, authors Mark Armour and Dan Levitt ranked the top 25 general managers in baseball history — Beane came in 11th, Alderson 12th. Not coincidentally, Oakland has been one of the league’s most successful teams over the past three decades.

Alderson was the man who built the juggernaut Oakland teams of the late 1980s, winning three pennants and a World Series from 1988 to 1990 behind Mark McGwire, Jose Canseco, Dennis Eckersley, and Rickey Henderson. Not only was Alderson one of the greatest baseball men of his time, he was also empowered with a payroll — eighth-highest in baseball in 1989, 10th in 1990, tops in the game in 1991, fifth in 1992 — that enabled him to keep his team together once he built it, and the combination of intelligent planning and economic force led to the results you’d expect.

The changeover from Alderson to Beane, however, coincided with a change to more frugal ownership, and if you’ve read or seen Moneyball, you know the rest.

We’re all familiar with Beane’s famous utterance in Moneyball: “My shit doesn’t work in the playoffs.” He said that after his team had lost Game 5 of the ALDS three years running. Since then, it’s only gotten worse: Beane’s shit has failed to work in Game 5 of the ALDS three more times, and once more last fall in the one-game wild-card playoff. So last summer, Beane did something uncharacteristic: He went all in. While Oakland was looking like by far the best team in baseball in June, he traded top prospect Addison Russell and fan favorite Yoenis Cespedes, among others, to bring in Jon Lester, Jeff Samardzija, and Jason Hammel to bolster his rotation. Though Beane said he’d do the Lester trade again if he had the chance, good process did not yield a good result in this case. This winter, Lester left as a free agent, while Samardzija, Brandon Moss, and Josh Donaldson were sent packing. It’s probably a reversion to form — an admission that it’s better to try to sneak into the playoffs as many times as possible and take your chances, rather than betting big on one good hand.

After all, look at the margins that decide the outcome of seasons.

Failure doesn’t just happen to Beane, of course — it happens to 29 GMs every year. But it happens to Beane more dramatically than most, and after 17 years, it would be hard not to give up. Beane has an obvious successor in place in assistant GM David Forst, and given that Beane has taken up an interest in soccer and has an ownership stake in the A’s, it’d be logical for him to take a step up the chain of command and a step back from the day-to-day operations — the way Pat Gillick and Theo Epstein have — if not cash out of the front-office business altogether.

After seven first-round winner-take-all losses in as many attempts, how do you not throw your hands up and acknowledge the futility of what you’re doing? That good process doesn’t matter as much as good fortune, and that your job demands such an enormous investment in emotional and intellectual capital that you can’t just check out and let the proverbial game come to you? You have to stay on top of every contingency at every moment, and it can all go entirely to pieces in a moment if you run into the Derek Jeter flip at the wrong time.

When I was a kid, I went to Virginia Beach with my family, and we spent an entire day by the ocean. My brothers and I threw around a Frisbee and played in the water, while my father, an architect, spent the entire day building a model of the National Mall out of sand — realistic Capitol building on one end, the Washington Monument at the other. And before we left, the tide came in and washed it all away. It never occurred to me, until I saw the ocean destroy something that was created with skill and meticulous effort, that the sand castle wouldn’t last the entire afternoon.

Building a major league team is no different — no matter what you do, it’s going to collapse at the end of the day. Maybe general managers have another important skill: the ability to make peace with the inevitability of failure, which allows them to watch their masterpiece be destroyed by forces outside their control and be OK with it. Maybe it’s not so much that as the delusion that this year will be different, despite all previous evidence to the contrary. Either way, the most fascinating thing about Billy Beane is that he perseveres through 17 years of his shit not working in the playoffs. Any normal person would’ve given up by now.