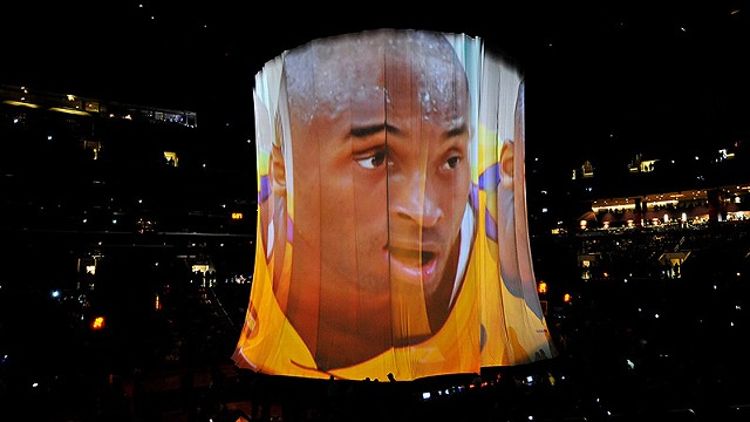 Athletes are mostly boring. We wish this wasn’t true. After all, the athlete lives an exceptional life and it stands to reason that exceptional lives require exceptional people. This underlying assumption has launched a thousand profiles written by a countless number of writers, the vast majority of whom come away with notebooks filled with boilerplate about hard work, dedication, and the importance of teammates and championships. Some coherent narrative must be stitched together from the clichés, and we, as sportswriters, generally follow one of two templates.

Template A goes something like this: ATHLETE overcomes a litany of life obstacles to reach the pros, usually thanks to the help of a mother or father or coach or teacher. Bonus points if ATHLETE was overlooked or snubbed during his childhood, the indignity of which, of course, stoked a fire in ATHLETE that explains everything good he does on the field and everything bad he does off of it.

Template B is the Golden Child story, whereby an anointed child realizes his birthright. These are almost always stories about fathers and they rely heavily on the sacrament of the backyard game of catch.

If you’re going by Template A, Michael Jordan is Brett Favre is Pete Rose. The same logic explains away both the good and the bad. If you choose Template B, there’s really no story at all except that the world can sometimes be unfair and that some kids really do grow up with great fathers.

The only reason why I’m bringing all this up is because I woke up Saturday morning to the news Kobe Bryant would miss up to nine months with a ruptured Achilles tendon and felt a strange empathy for him, not as an athlete, but as a person. I am not a Lakers fan. I have no vested interest in the success of Kobe as an individual. I do not believe wild success turns an athlete into a more compelling human being — in fact, I’ve found the opposite is usually true.

I am not friends with Kobe. But I do follow him on Twitter and on Facebook and have found that when it comes to thinking about Kobe, I gravitate toward the self-evident snippets he presents via social media and tend to ignore the usual chatter about his indomitable/sociopathic will to succeed. Nearly every player in the NBA is on Twitter, but only Kobe has been able to use it to present an alternate self that somehow feels truer than the accumulated evidence from a man who has lived his entire adult life in the public spotlight. It shouldn’t be shocking that an NBA player taught himself how to play Beethoven’s “Moonlight Sonata.” Or that he’s capable of a decent joke every once in a while. But those small, humanizing details have a seismic effect when it comes to Kobe — the “Moonlight Sonata” and the post-injury Facebook “rant” quickly fill in the vagaries of Template A, not because they are earth-shattering, but more because they are specific. This sort of reinvention requires years and years of stony silence, followed by an almost grandfatherly gesture that asks the fans to crowd around and hear all the stories they’ve been missing. Kobe was one of the last NBA players to join Twitter. He’s the best at it precisely because he held out for so long. Every detail, no matter how banal, felt like a revelation.

Maybe I’m being catfished here. Maybe the “Moonlight Sonata” means nothing. Maybe the Facebook rant, in which he worried openly about the end of his career, was nothing more than clever posturing. And it’s certainly not good practice to let social media crowd out every other avenue of perception and judgment, especially when you’re dealing with a man who once spent the playoffs shuttling between Los Angeles and a courthouse in Colorado. But as I read through the stories this weekend about Kobe’s injury, many of which took on an almost elegiac tone, I was surprised to see how many writers chose to filter Kobe through what he has said on Twitter and Facebook, neglecting the 17-plus years of copy written about Kobe, the basketball player, Kobe, the accused rapist, and Kobe, basketball’s supposed no. 1 psychopath. It’s possible that this loosening signals something terrible about journalism, whereby anything that cannot be found via Google search will quickly be abandoned for commentary about shit we read on the Internet, but I would argue that fans would rather believe the curated, self-promoted version of an athlete because both templates are so damn unsatisfying.

Kobe, for better or worse, took control of his own story. And because we could not find a better version, we have come to accept that the piano-playing, Facebook-ranting #mamba is the real man.

About Last Weekend: Men at Work