NBA Betting Lines: Kyrie vs. Dipo, Knicks-Celtics, and Dwight Comes to the Oracle 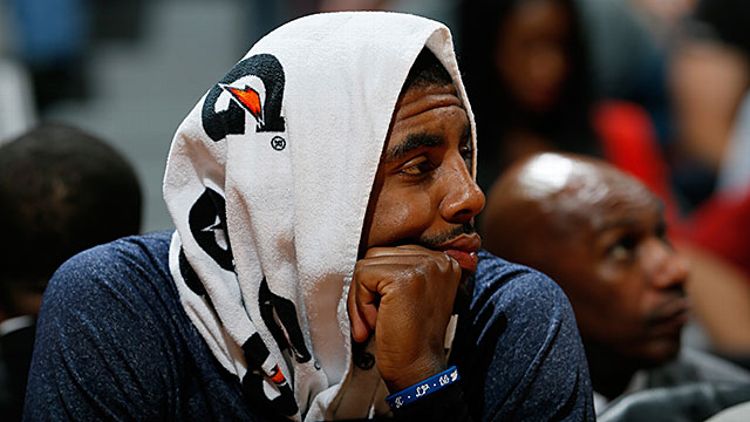 We have reached the dog days of the betting season. What once was clear, robust conviction has devolved into mushy, degenerate gloop. Let’s get on with it.

Doesn’t matter the metric or the eye-tester, Cleveland is one of the worst offensive teams in the league, especially on the road, where they put up 90.1 points per game. Orlando just got done with six straight losses on the road against pretty weak competition and although it’s nearly impossible to shit on a team more than to say “They lost six straight games and two of those games were against the Sixers and the Knicks,” Orlando somehow looked even more lost than its record might suggest. In five of those six losses, they couldn’t crack 90 points. The Magic started the year playing well in transition, a system that made sense given their relative youth and their desire to maximize Victor Oladipo’s talents. But as the season has gone on, Orlando has run less and much, much worse. They now rank 22nd in the league in plays in transition and 28th in points per transition possession.

On a slightly related note, this has been a pretty weird year for Kyrie Irving. He’s shooting 38.4 percent in the half court, per Synergy Sports, and when you look at that number and the horrendous 22.5 percent Kyrie shoots with the shot clock under four seconds, you’d assume he’s been dribbling around too much, getting frustrated when he sees he might have to pass to Dion Waiters, and jacking up bad shots in isolation. This isn’t necessarily true. I expected Kyrie to be in the top three in the “Time of Possession” stat tracked by SportsVU. He’s actually only 18th at 5.8 minutes per game, behind Michael Carter-Williams and Jordan Crawford.

I’m loath to promote any sort of hero ball, especially when a guy is having this inefficient of a season, but I think there’s a slightly counterintuitive argument to be made here that Kyrie should actually create more isolation opportunities for himself. His teammates are garbage, especially Waiters, who has assessed his garbage-ness and calmly lit himself on fire this year, and nothing Mike Brown “draws up” is going to be much better. I think we can safely say Kyrie isn’t going to become Chris Paul Lite. He’s lost too much early on in his career and he doesn’t have the same third-gear competitiveness Paul showed way back at Wake Forest. But there’s no reason he can’t become, say, a normalized version of Gilbert Arenas, scoring 25 a game for bad teams. Sadly, I think this is probably Kyrie’s ceiling at this point.

Hey, Knicks fans, you’re a 4.5 point underdog to the Celtics, who have Jordan Crawford as their primary scorer. And you’re not going to cover. If someone can explain the logic of the Kyle Lowry trade rumors, please do so. Also, does anyone have a better plan than “Blow the whole thing up because Melo’s leaving anyway, but at least have a fun team that loses 125-118 every night with Amar’e scoring 15 a night?”

The preview of the “Who Will Lose In The Second Round To The Spurs?” playoff clash! Warriors fans are too excited about this team, which plays sporadic defense and treats every home game with all the emotional silliness of a Zack Snyder film. Rockets fans are too down on their team because, well, Dwight Howard has become the least likable NBA star … (thinking) … ever? The Warriors really miss Iggy’s defense and athleticism on the wing, which is a problem when you’re playing against Houston. This should be a fun game, and the Warriors crowd will certainly show up, but 3.5 points is too much for this team. Pick the Rockets here and the over.

From Spices 3 in downtown Oakland.

Don’t do the Stinky Tofu.