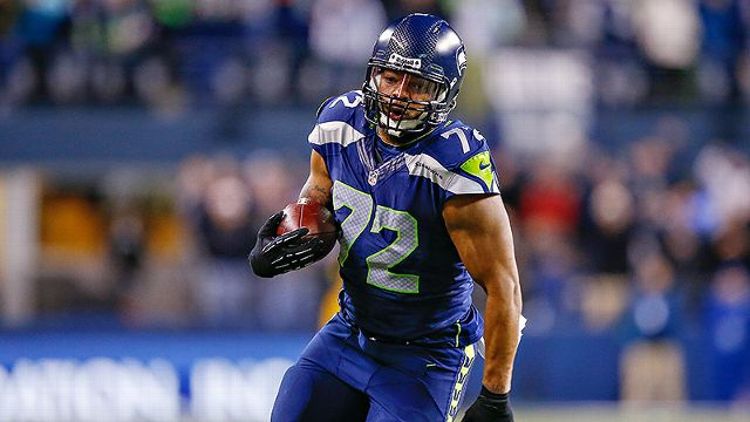 Yep, another five-digit jermajesty forfeiture for me. Let’s face it, when it comes to NFL prop wagering I’m a total fraud. I’m really no better than the guy pretending to do sign language at Nelson Mandela’s funeral. And I guarantee that scam artist didn’t already drop a mid-December Costco run playing the Broncos on a three-team teaser. If he did he’d have a hell of a time explaining it.

Unlike my other selections, which are based on bulletproof trends dug up through hours of research, this one’s based purely on fat gut instinct. It’s been a few weeks, and Eli is due for a dramatic pick-six. He’s also due for a miraculous play in which an athletic receiver traps the ball on his helmet in the end zone at the tail end of a desperation heave. Either way, there’s a long touchdown in here somewhere.
15,000 jermajesties

Cardinals under 22 points vs. Titans

Ah, yes. I’ve seen this before. The superior team flying cross-country for an out-of-conference game after its star defensive player is shelved for the year with an ACL tear. Maybe I haven’t seen exactly this. Tennessee has been struggling, but its defense doesn’t play into Carson Palmer’s strengths. During their four-game home losing streak, the Titans have shockingly not allowed a single TD pass. I don’t see the Cardinals lighting it up on the ground. It’s hard (perhaps asinine), following a record-breaking scoring week, to bet any team to go the under in any game, but this one has 13-9 written all over it. 25,000 jermajesties

As miserable as the Falcons have been, you have to go all the way back to November 21, 2013, for an opposing QB to have thrown for 2+ TDs against them. OK, that’s not so long ago, but Atlanta has been playing with pride lately. Washington has yielded a hefty 39 sacks this season. Redskins TE Jordan Reed (still being tested for concussion symptoms) is an undervalued target and possibly Cousins’s only chance to find a rhythm with this offense. More importantly, this doesn’t seem to be Mike Shanahan’s year. Don’t be surprised to see Sexy Rexy Grossman taking snaps in the third quarter. 20,000 jermajesties

Panthers (-1.5) over Jets
Rex Ryan’s erratic Jets average a little over 13 points on the road. The Panthers have won five straight at Bank of America Stadium. The one thing the Jets had going for them was a stout run defense, and even that is falling apart after allowing 150 yards on the ground vs. the Raiders. Cam has his way on Sunday. This one’s a freebie.

Packers (+17) over Cowboys
Getting 17 points against the Cowboys is a sure thing and will be from now until they bury Monte Kiffin — an event that actually may occur at halftime if the defense continues its putrid ways. Dallas may win to keep things interesting, but by my calculations the Cowboys’ll have to score 93 to cover 17 points on a three-team teaser. I don’t care if it’s Matt Flynn or Flynn (a.k.a. Walt Jr.) White calling signals for the Packers. Green Bay plus the points is the play.

The good news is, if this football thing doesn’t work out, Rivers is a lock to be cast in Season 3 of Pit Bulls and Parolees. Yeee-haw!

FYI, Bruce Jenner’s Adam’s Apple’s son is very excited about potentially being in charge of running the pistol offense.

350,000/1 odds I follow through on my promise to return the Xbox my oftentimes rotten kids asked Santa for this Christmas

Has anyone out there ever followed through with a threat like this? Please let me and the hookers in Grand Theft Auto V know how it turned out.

Over/under $250,000 fine leveed on Adrian Peterson for further aggravating his foot injury during his drunk high jinks in the upper deck at the Hubert H. Humphrey Metrodome

OK, maybe that’s not the real Adrian Peterson. But I’m definitely drafting this dude next season in my Fantasy Effing Idiot League. Your move, Rob Ford.

Over/under 2.5 remote controls and .5 SlingPlayers busted up this week while rooting for my Las Vegas Hilton SuperContest picks

Fellow glutton Joe House and I are currently in 15th place (out of 1,034 entries)… slowly slipping out of the money. Here are our Week 15 selections. We apologize to any of the following teams who are fighting for a playoff spot. And for those who are trying desperately to better their 2014 draft position — you owe us.

@TheCousinSal Love your stuff, but how is Toby Gerhart (Heisman runner-up, Stanford grad) a "dopey white running back"?

Love your stuff too, @pkozey — but let’s not forget Andrew The Giant Luck is also a Stanford alum. Furthermore, just because a football player/coach graduated from a prestigious college doesn’t necessarily mean he’s smart. See any and all of Jason Garrett’s (Princeton) game-day decisions 2010-13.

@TheCousinSal have a homeland question? are ashtrays usually strong enough to knock a man out without breaking or cracking?

It’s a good question Mclovin5042. All I can say is my Aunt Chippy has, on more than one occasion, smashed me in the head with her ashtray and it never broke and I was never knocked out. And rarely did I have a team of guards stationed outside the room for no good reason. Only one more ludicrous episode to go.

Besides continually getting basic facts wrong, @BillSimmons and @TheCousinSal show no respect at all to the #49ers.

How about this, @byelin? We’ll start respecting the 49ers as soon as that ne’er-do-well franchise wins its first Super Bowl. Deal?

Over/under 1.7 seconds Tom Hanks and Wiz Khalifa spent hanging out with each other after appearing in this comedy bit the other day on Jimmy Kimmel Live

Is anyone as excited about the revamping of Bosom Buddies as I am?

NBA Betting Lines: Kyrie vs. Dipo, Knicks-Celtics, and Dwight Comes to the Oracle