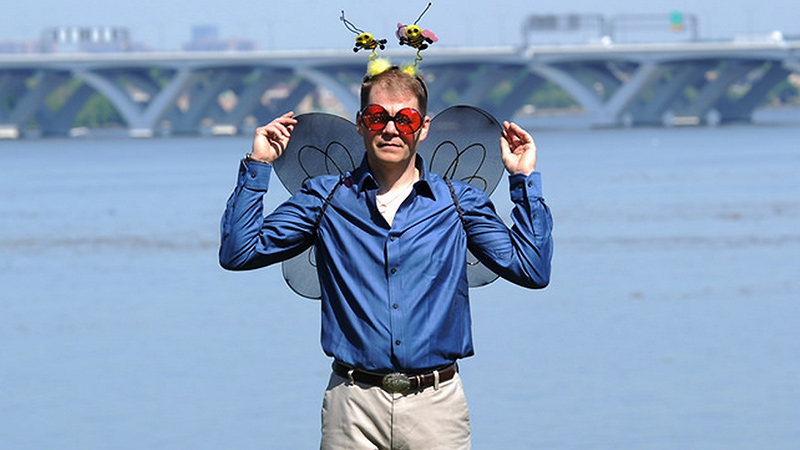 Really high stakes can make just about anything compelling. How else to explain the popularity of the Scripps National Spelling Bee, which will air on ESPN starting today for the 21st consecutive year?

Strip the event down to its component parts, and it sounds like anything but a prime-time TV special: Pronouncer-in-chief Jacques Bailly asks a small child to spell some preposterously esoteric word; the small child deploys a series of stalling tactics, requesting the word’s definition, language of origin, alternate pronunciations, and for it to be used in a sentence, please; Bailly responds in his signature deadpan, exhibiting all the personality of a GPS; and then, at long last, the small child spells the word, and usually winds up being right. The process repeats until only one small child remains. And that’s it.

Here, see for yourself:

Dig a little deeper, though, and it’s easy to see why the bee has become a compulsively watchable spectacle of prepubescent brainpower. For one thing, it features the best spellers on the planet, and eliteness is entertaining in any form. For another, the agony of defeat is exponential when children are involved. When Tom Brady loses, he gets to go home to his supermodel wife and colossal net worth; when Vanya Shivashankar misspells “zenaida,” she has to return to a life of orthodontist appointments and math homework.

Most important, there’s a palpable sense of urgency. Bee participants have sacrificed a normal childhood to memorize the dictionary, and while that commitment is admirable, it carries little financial upside or shelf life. At least tennis and piano prodigies can fantasize about eventually turning pro and escaping the drudgery; spelling prodigies know their chief talent will be useless once they reach high school.

With a relatively paltry cash prize of $30,000 and no Major League Spelling on the horizon, the bee boasts one of the purest fields of competitors in sports. (Yes, spelling is a sport; have you seen how much these kids sweat?!?) The contestants do what they do for love of the alphabet, and we in turn love them for it. So much, in fact, that we hired an anonymous scout to break down 10 of this year’s most intriguing spellers. Track all 281 hopefuls over the next two days as they chase glory. 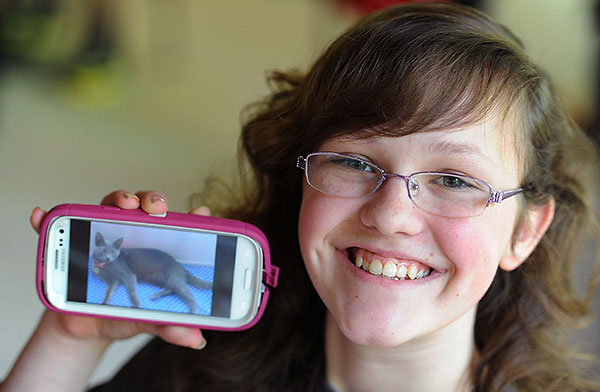 Scouting report: “Kimmie’s perfect day entails reading and practicing her spelling with her cat snuggled up on her lap.” Kimmie seems like a perfect fit for the Nebraska football program, then. But can she spell? She won’t have nine lives on the stage.

Scouting report: The rumor mill was buzzing this week with talk of Gia’s mammoth pre-bee breakfast: “bananas, pancakes, an omelet and a glass of milk.” For her sake, I hope she meant whole-grain pancakes, an egg-white omelet, and a glass of skim milk. Proper nutrition ensures syllable recognition.

Scouting report: Eesha “has won a Battle of the Books competition,” which, unlike marksmanship, really works the cranium’s Greek root-identifying muscles. A champion speller needs to have a well-oiled cerebellum, and that’s what Eesha brings to the table. Girl tore up the combine, too. No way she busts.

Scouting report: “Teddy is all about baseball.” Translation: Teddy lacks the single-minded dedication required to be an elite speller. Kids can’t have hobbies and expect to make it at this level. It doesn’t help if the only words a contestant knows are “changeup,” “balk,” and “BABIP.” Go play intramurals, brother.

Scouting report: Don’t let Anika’s pleasant exterior fool you: This girl is a cold-blooded shark with a mean streak that runs deep. Her hero is the notorious investor Kevin O’Leary, whose ruthlessness and cunning are precisely the sort of qualities I want to see in more young spellers. She might just intimidate her way to a win. 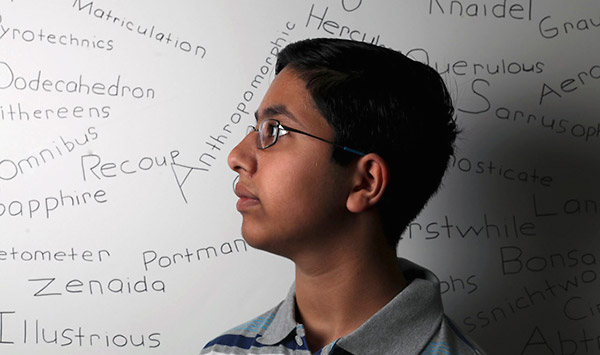 Scouting report: I enter every evaluation with an open mind, but once I read that Yasir can recite the first 108 digits of pi, there was no chance I’d view him favorably. Spellers are supposed to know letters, not numbers. This is pretty straightforward. You can look it up in the rulebook and everything.

Scouting report: While performing my customary background check, I was overjoyed to discover that Mitchell maintains a blog, Theories of Quantum Gravity, because bloggers tend to be intelligent, attractive, and generally great people. HOWEVER, it turns out that Mitchell is a terribly infrequent poster, which raises serious concerns about his commitment to excellence. Looks like this kid’s got some growing up to do.

Scouting report: In addition to owning the bee’s best name, Ron is absolutely brimming with intangibles. However, he’s something of an international mystery man. The only known footage of Ron in action was scrubbed from YouTube mere seconds after being uploaded by an unknown user. BUYER BEWARE.

Scouting report: Vivian’s life is basically The Hunger Games. She “has to cross a river by boat to get the nearest town” and “grew up in the great outdoors … practicing her marksmanship.” While this upbringing undoubtedly taught Vivian a strong work ethic, I question why she devotes any free time to non-spelling pursuits. Also, her sister competed in last year’s bee and only advanced to the semis. Fool me once …

Scouting report: I respect Melina’s style. By lacing her Scripps bio with ominous tidbits like her pets’ names (Godzilla and Aqualad) and her fondness for jujitsu, she’s demonstrated an ability to menace the competition without providing the faintest hint of bulletin board material. Also, I hear she does a bat flip with the mic stand after every correct spelling.