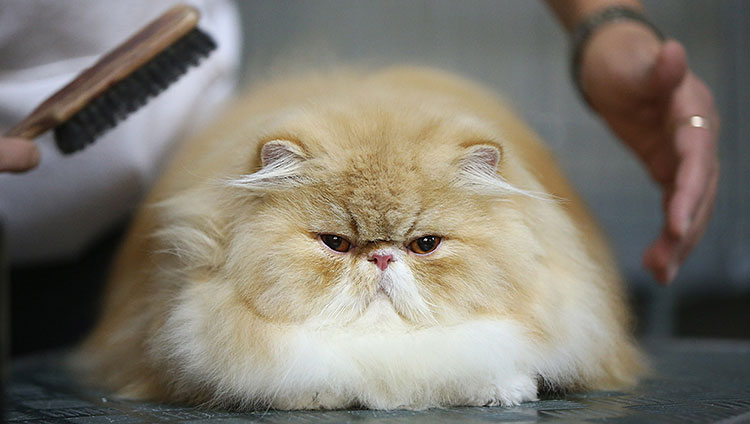 Would you like to go a journey with Arian Foster? It involves a series of tweets, and I’m sorry about that up front. Articles full of tweets are usually miserable, so if you want to get out now, go for it. But there’s a higher purpose here. A cause, a calling.

I was on a flight, sitting on the runway, when I saw the Texans running back come through with what might be one of the greatest athlete tweets of all time. We should put this in the NFL Hall of Fame.

Yea, minus the libert. RT @Junior2Trill_: @ArianFoster aren't you a Libertarian?

That emerged after an earlier discussion of Fox News and liberals and Foster not taking any one side in the battle. But the context is irrelevant. It’s just important that it happened. All the stupid puns about white power and Aryan Nation? They were all worth it, because they were all just setting us up for that. It’s like his whole life was building up to that joke. If we’re lucky, we’ll never hear about “libertarians” again without thinking Arian Foster minus the libert.

But that was just the intro. That’s what hooked me in.

How should we deal with this?

Garuntee you single with a cat. RT @scallionwag: @ArianFoster says the "intellectual" who uses ain't

Even his cat probably hates him.

Which, hey, while we’re on the subject … let’s dig deeper.

Cat owners are intriguing to me, cuz the cat really doesn't like you. He's just appreciative of the food. In my observation anyway.

Wait. One more word from the worst person in the world.

@ArianFoster what is this "garuntee" you speak of, you uneducated swine?

And now back to Arian Foster.

You win, bro. RT @scallionwag: @ArianFoster what is this "garuntee" you speak of, you uneducated swine?

Your cat doesn't love you. Sorry.

I don’t know if he was referring to that specific guy’s cat or all cats everywhere, but either way, IT’S TRUE. One of his followers tweets him a video explaining that science supports his Twitter jokes.

So we keep going.

This is getting good.

This is becoming impossible to argue with.

Hey, is that Larry Fitzgerald?

It's cool. Talkin about cats now with my followers. RT @LarryFitzgerald: How's your week going?

Cool. Right around this time, Arian starts to realize he’s poked a hornets’ nest. People who love cats will NOT go quietly.

Starting to respect the ambition of cat owners to prove to me their cats love them. I dig that.

But the cat people have to accept the truth.

He's an outlier. RT @canuck4liberty: @ArianFoster need to see that video of the cat saving his master from the dog attack this past week.

Check my mentions if you like pictures of cats getting forced to take pictures by their owners to show their adorability.

@ArianFoster look at how happy she is! That's love, man! pic.twitter.com/WRYYYAdqbo

That cat would be shooting poison at the camera if her biology supported it. Then, look at the photo in the top right corner here; that’s a prisoner:

This is a cry for help. This calls for an intervention:

Now back to Larry Fitzgerald.

@ArianFoster that's an interesting topic! Are they for or against cats?

They love cats. I'm explaining to them it's not reciprocated RT @LarryFitzgerald: that's an interesting topic! Are they for or against cats?

This is quickly becoming my favorite Twitter exchange of all time. The best tweets of all are the cat people who are dead serious. Like Mr. Meowzermix here:

@ArianFoster @LarryFitzgerald Obviously doesn't have a cat, ignorance is bliss and Free speech is in the Constitution. Stupidity is free.

@ArianFoster cat affection must be earned, thereby making it more valuable vs dog affection which is granted to those who can fog a mirror

Cat people really think like this. Are you a cat person? Admit it, then. This is how you rationalize having less fun with your cat than the rest of us have with dogs. It’s OK. It’s kind of endearing.

It’s like a second layer of Stockholm syndrome. The cat becomes your prisoner, and then eventually you become prisoner of the cat, too. Just know that Arian Foster sees all of this happening.

Cat owners, this is what you look like to all of us. RT @deathbysexy: @ArianFoster this is on the Internet http://t.co/Bw5i1dKJhC

LOOK AT THE EYES.

Look at the thriller cat.

Next time someone complains about the NFL’s lawless culture and tells you about Michael Vick and dogfighting, tell them about Arian Foster trying to free the cats.

I'm fightin for cat rights. RT @thekingfallsdwn: @ArianFoster Man you're being an ass about this. #FocusonReallifeissues

It’s a cause we should all be considering.

We could’ve written more about the NBA playoffs today, but no. What’s more important than cats’ rights? Now it’s Memorial Day weekend, and it’s up to you to carry the message. Have a great day and #FREE #THE #CATS.