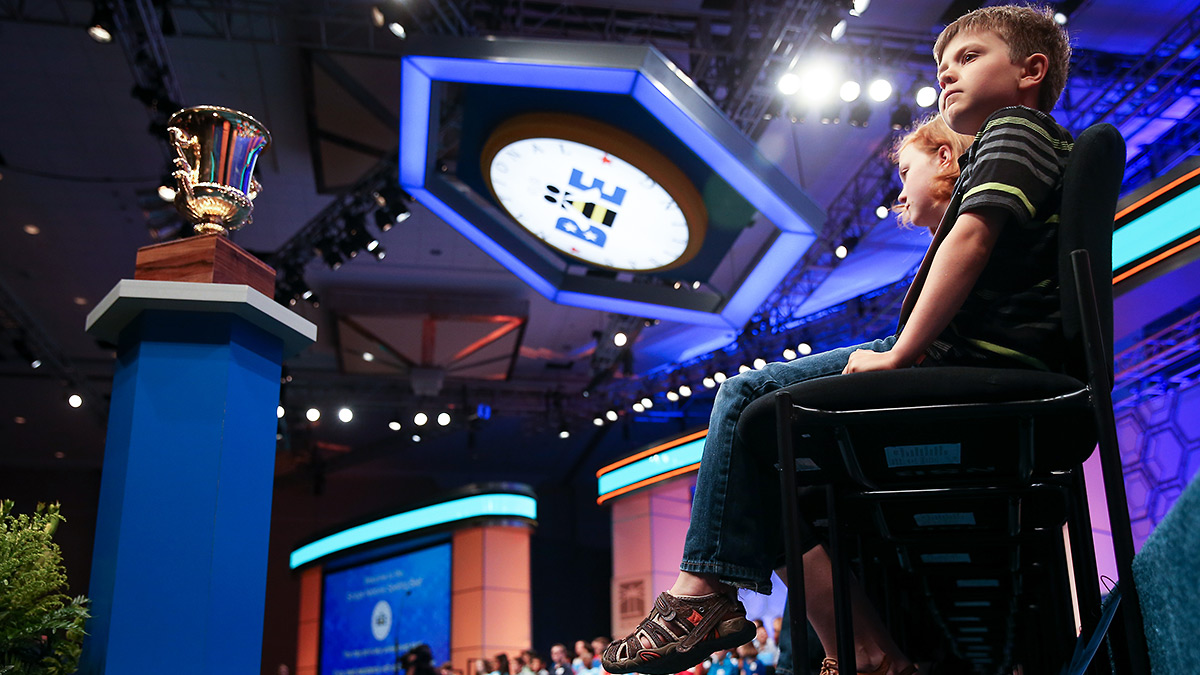 Rejoice, sports fans! The Scripps National Spelling Bee is here to rescue us from an uncharacteristically lackluster NBA postseason, and you need to be sufficiently prepared. Ready yourself for two intense days of esoteric vocabulary, language-of-origin requests, and that pesky bell by consuming this comprehensive viewing guide, which will help you watch the bee with a deeper appreciation of all things spelling. Let’s dive into it.

How can I keep up with today’s preliminary round action?

Terrific question. You’re clearly a true spelling aficionado, and your devotion to consuming the entirety of the bee is admirable.

Much like the similarly popular but less entertaining NCAA tournament, the early rounds of the bee can be streamed live on a computer, tablet, or mobile device, which is fortunate for you, because work will need to take a major backseat to the bee over the next two days. Be sure to have a boss button ready, and enforce a strict noon deadline on all office pool entries.

If your workplace doesn’t feature a fantasy bee league, you might want to consider other avenues of employment. If your workplace makes live streaming difficult, you definitely need to reevaluate your circumstances, but as a short-term fix, you can follow the action at @ScrippsBee. Just remember: No employer should ever infringe upon a worker’s right to watch small children spell.

Speaking of office pools, who is the betting favorite?

That distinction firmly belongs to fifth-year returnee Vanya Shivashankar, who has placed 10th (2012), fifth (2013), and 13th (2014) in previous bees. Moreover, as the sister of 2009 champion Kavya, she’s been a bee mainstay for what feels like forever, to the point that her family is widely regarded as the First Family of Spelling. Alas, she doesn’t have a little sister named Akeelah waiting in the wings.

Admittedly, though, I have my concerns about young Vanya. Based on this behind-the-scenes look at the Shivashankar family’s stay in Washington, it doesn’t seem like she’s doing a whole lot of studying in the lead-up to the bee, instead prioritizing trivial matters like the annual barbecue (a bee tradition, apparently!) and pickup volleyball games. Perhaps Vanya is good enough to get by on her unmatched experience, but I’ve got to think the eventual winner has been holed up in his or her hotel room for days on end with nothing but a dictionary and energy bars.

Will last year’s fan favorite, Jacob Williamson, be back for another go?

Williamson won the hearts of spelling enthusiasts everywhere in 2014 with his demonstrative celebrations and assorted onstage antics. Though he only finished seventh, he was by far the most memorable contestant in the field.

Unfortunately, Williamson is now too old to participate in the bee, but that’s not entirely bad news: He now tweets at @Jacobspeller38, which I suggest you follow for — you guessed it! — hard-hitting spelling analysis. His insights about etymology are particularly trenchant, and I fully expect him to replace the legendary Paul Loeffler one day as the bee’s color commentator. He needs to chill on the retweets, though.

Who is the youngest bee participant?

That would be Boulder, Colorado, native Cameron Keith, who turned 9 in March and is the bee’s lone third-grader. Get a load of this guy. 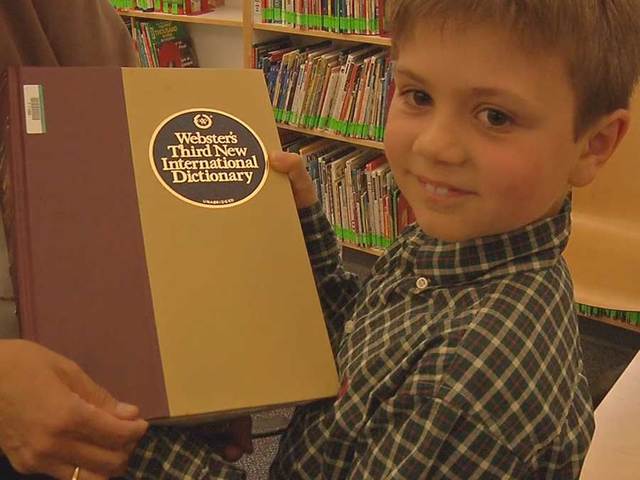 He seems to be taking a laid-back approach to the competition, explaining to Denver’s ABC affiliate that, “If you get the words right, you get to stay in the bee. And if you don’t, you get an awesome vacation in D.C.” No argument here — that’s definitely how the bee works! If only he had told Vanya Shivashankar that the vacation is supposed to come after the spelling …

It’s like a selfie, only for bee participants. I wish I were making this up.

Fun fact about Eliza Willett, the speller pictured on the left, per her Scripps bio: She owns a “trained therapy pig” named Ruthie, who has been known to wear a bumblebee costume on occasion. Of course, Eliza’s spellfie would have been greatly improved by Ruthie’s presence. Let’s just hope that she brings her pet swine out onto the stage at some point during the bee. The people want Ruthie!

Meanwhile, here’s Missouri native Hayden Mildward, who moonlights as a magician, holding a sign that reads “We don’t like spelling, so Hayden does it for us!” I guess the Mildward family doesn’t have a problem with talent exploitation, SMH.

What is the saddest sentence in any of the spellers’ bios?

There’s no doubt that it comes from the profile of speller no. 181, Owen Kovalik: “Whereas many young children had imaginary friends, Owen was a bit more ambitious: He had an imaginary club!” 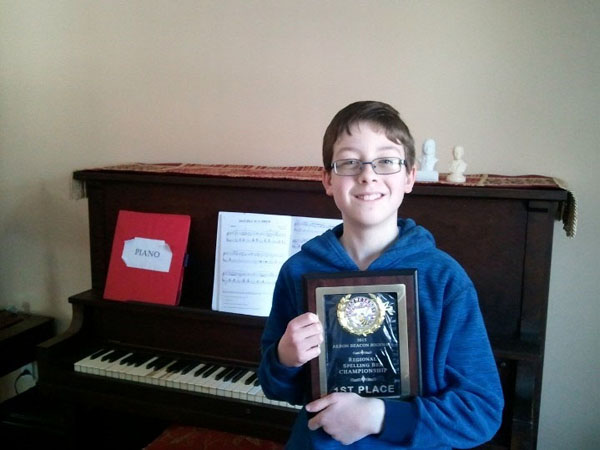 To be fair, though, Owen’s imaginary club looks pretty rad, and I bet the folder named PIANO (seen above) can probably hold a semi-decent conversation. Plus, the fact that Owen’s childhood friends don’t actually exist underscores that he possesses the single-minded focus that an elite speller requires. If the Northeast Ohio native is able to deliver a championship to the Cleveland faithful, he’ll be treated like a god for the rest of his life.

Which spellers are facing the most pressure to win?

Massachusetts hasn’t produced a bee champion in 76 years, but this year’s trio of Bay State spellers (Christy Jestin, Lela Festa, and Mitchell Robson) is being hyped by the local press as possible curse-breakers. Needless to say, the hopes and dreams of the entire commonwealth rest on their shoulders.

Who is the most self-assured Bee contestant?

Missouri native Gokul Venkatachalam wins that honor in a landslide, considering that he “takes to spelling like his idol LeBron James does to basketball,” according to his Scripps bio. While some anonymous scouts might decry this attitude as conceited, I can’t knock Venkatachalam, who has reason to be confident: He’s finished 10th (2012), 19th (2013), and third (2014) in previous bees, and is considered a strong contender for this year’s title. I would root for him, but he lists Macklemore as one of his favorite musicians.

Which speller has the most dubious claim in his or her bio?

Illinois native Uma Kasichainula purports to have been able to “point to more than 40 countries on the world map” at the age of 2, yet provides no video evidence to support this. As such, I have no choice but to throw a challenge flag on this claim. Can an independent party come forward and verify Kasichainula’s story? I highly doubt it. 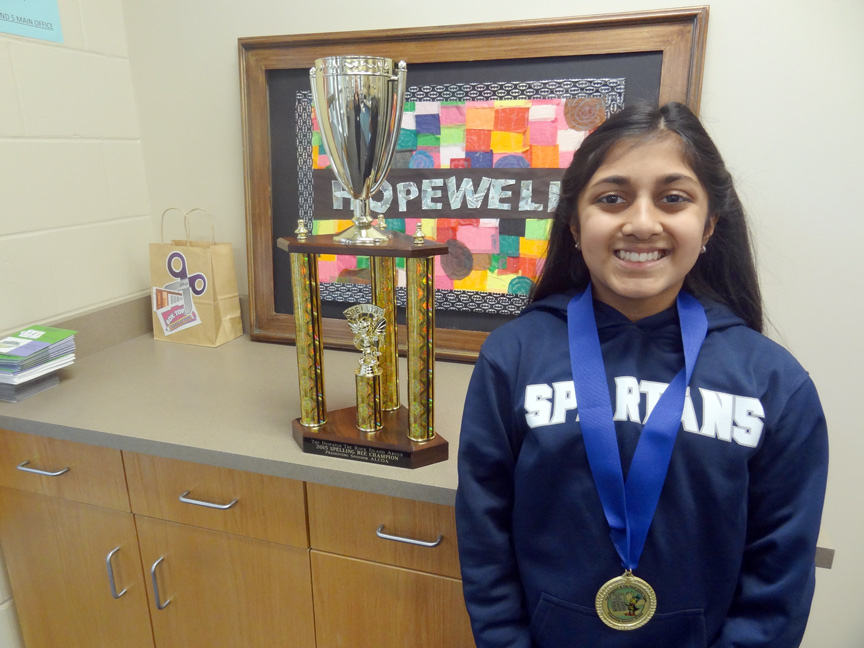 Furthermore, note that Ms. Kasichainula carefully avoided saying that she could identify 40 countries on the world map as a 2-year-old. Instead, she merely said that she could point to them, which isn’t all that impressive. Something seriously fishy is going on here.

Which speller is the most relatable to the general public?

Kayleigh Guffey of Gastonia, North Carolina, whose profile begins with the following sentence: “Kayleigh is a big fan of coffee, and of cheese.” Aren’t we all?

In honor of Kayleigh, enjoy tomorrow night’s final round of the bee, which will be broadcast live on ESPN at 8 ET, with a pot of coffee and a few slices of cheddar. She may well be eliminated by then, but her java- and cheese-loving spirit will live on forever in bee lore.

Five for Fighting: The College Football Coaches’ Guide to Rebuilding an Offensive Line From Scratch