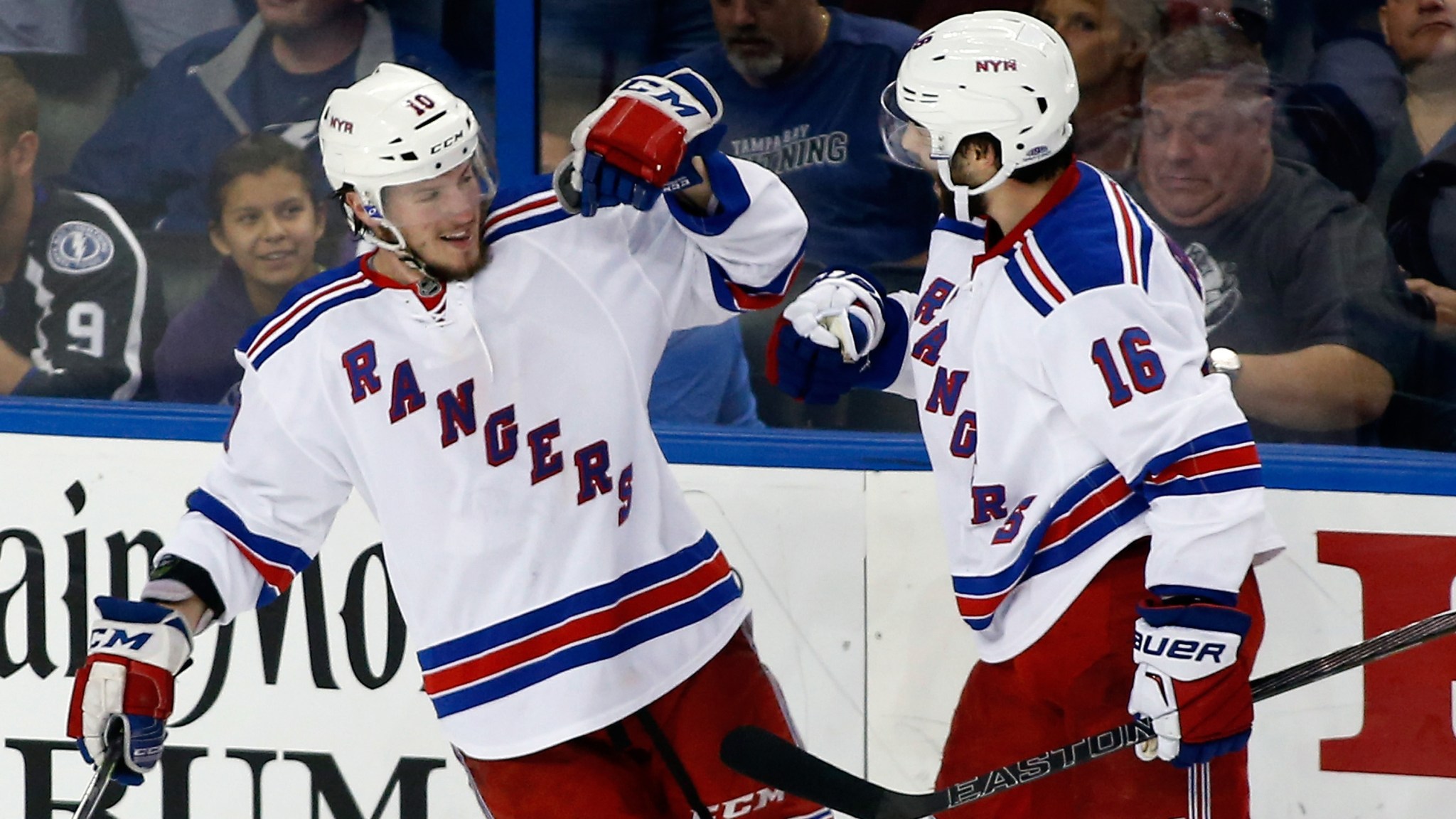 Tampa Bay Lightning coach Jon Cooper has argued professionally in front of courtroom judges, scrambled his way up the hockey ranks at breakneck speed, and guided his team to the brink of a Stanley Cup berth in his second full season behind the bench. But he still hasn’t developed all that great of a poker face.

Following a pair of lopsided losses at home to the New York Rangers, one a 5-1 result on Friday night in Game 4 and the other a 7-3 contest last night in Game 6, Cooper seemed visibly frustrated. Asked on Friday how he saw the second period unfold, Cooper answered the question with a question. “I don’t know,” he said with a grimace, “how did you see it play out?”

Last night, he went into peeved parrot mode once more. Queried about how he thought his team might respond after a dispiriting Game 6 — another bizarre one in which the Lightning led 16-7 in shots after the first period but trailed 2-1 in goals — he looked as though he might break into maniacal Arya Stark–style laughter. “How do I think we’re going to respond?” he repeated, before finally settling himself down. “We’re going to respond the same way we have every time our backs are against the wall.”

In both cases, the outcomes themselves weren’t the only thing that nagged at Cooper. His mood seemed to stem more from various oddities in-game. One of the Rangers goals in Game 4 was “going ten feet wide,” he estimated, before caroming off defenseman Victor Hedman’s leg and into the net. “How often does that happen?” Cooper said. (He has a point: You know something is awry when Tanner Glass is on the ice for a goal.) As for Game 6, the first 40 minutes looked a whole lot like a continuation of Sunday’s Game 5, in which the Lightning won 2-0 at a glum Madison Square Garden and appeared to be well on their way to a spot in the finals.

“For five straight periods, we played really, really well,” Cooper said. “We thought we were playing a 2-1 game. Unfortunately, we weren’t winning 2-1.”

The Rangers were lucky to have the lead after two periods last night, buoyed in large part by the determined play of Henrik Lundqvist, who had 28 saves going into the third. He stoned Steven Stamkos point-blank to prevent the sniper from tying the game 1-1 late in the first and denied Tyler Johnson early in the second. The only goal he gave up in the game’s early going was to his former teammate Ryan Callahan on a power play breakaway that left Lundqvist looking unusually set in stone.

By the midway point of the third, though, the Rangers had amassed three more goals (one assisted by Glass!), driven Ben Bishop from the net, and built a semi-comfortable lead that all but assured there would be yet another Game 7 etched in the bizarre annals of Rangers postseason history. (I say semi-comfortable because, with lots of time left on the clock and Tampa pressing, it was hard not to think of Game 6 against Washington, in which the Rangers nearly squandered a 4-1 third-period lead.)

New York would add another pair of goals by the end of the game — as would Tampa’s Nikita Kucherov, a member of that scary Triplets line that has so often made the Rangers look like a harried, outnumbered mother of multiples. But last night, the finest trio on the ice belonged to New York. Derick Brassard, revved by a coach’s challenge, finished with a hat trick and two helpers, while his linemates Rick Nash and J.T. Miller each put up a goal and three assists.

For all the hand-wringing about Nash’s production in the playoffs — and a portion of it, for some time, was entirely fair — the guy jokingly referred to in the Rangers locker room as the “Slim Reaper” now has 14 points in 18 playoff games. His best play last night wasn’t his chippy rebound goal, it was an earlier sequence in which he stole the puck from the 6-foot-8 Andrej Sustr near Tampa’s blue line, used his big body to shield it, and made a pretty little back-pass to Miller. A cross-slot slap pass from Miller to Brassard led to the exact sort of goal with which Tampa has been tormenting New York all series long.

And so we move on to another Game 7 at Madison Square Garden, and another few days of hearing the stats about how the Rangers are 7-0 in these games. (These stats are mind-blowing on the surface, but at their root overblown, considering that every postseason a team has the theoretical potential to win four Game 7s but only lose one.) This has been a schizophrenic series, and it’s hard to guess what kind of matchup we’ll get: another wide-open goal fest? Another hard-checking contest in which two goals is enough?

But it can’t be sustainable for the Rangers to once again be outshot and outplayed by the Lightning while seemingly scoring at will — the exact situation that has left the ordinarily happy-go-lucky Cooper at a rare loss for words twice. On the other hand, it doesn’t really have to be. There’s no smaller sample size than a Game 7, after all. You only have to win once.