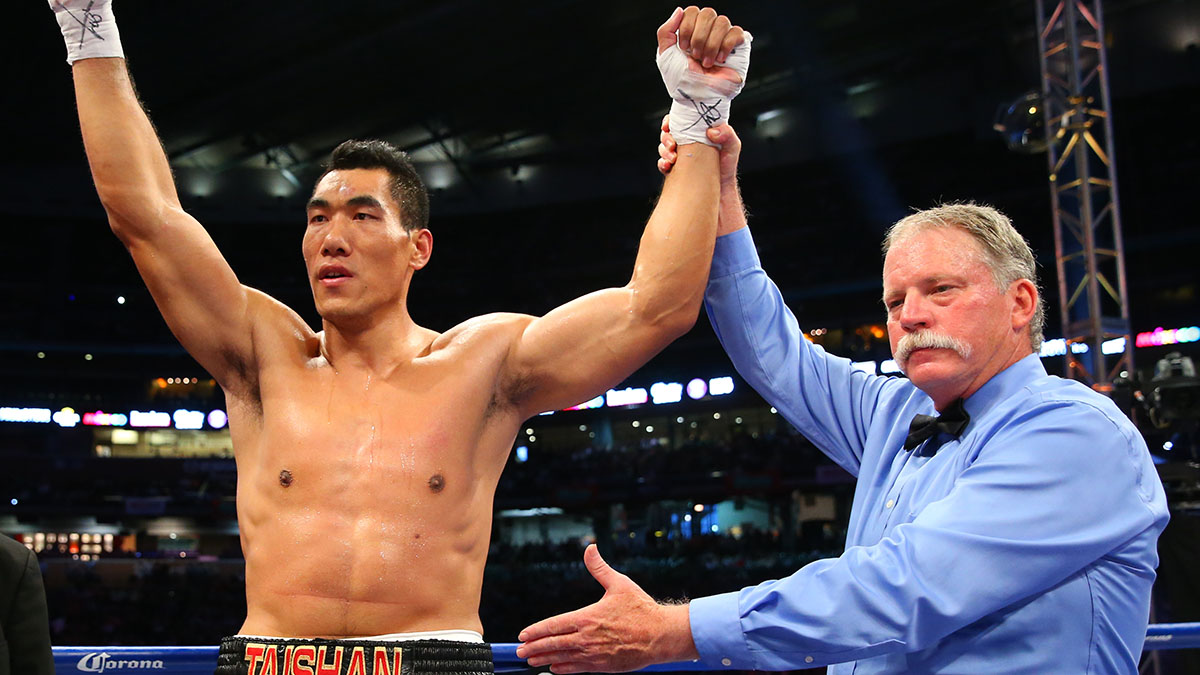 I’m a devoted boxing fan, but if I had to put together a version of the tired, pointless argument that the sport is doomed, I wouldn’t start with Manny Pacquiao’s injured shoulder, Floyd Mayweather Jr.’s criminal record, or their supposedly boring fight on May 2. I’d begin with this video from an event last Friday at the Fantasy Springs Casino in Indio, California.

Any sport in which a guy whom Grantland’s Robert Mays has described as the Chinese Richard Kiel can do that to an opponent whom Grantland’s Chris Ryan compared to the fat Night’s Watch character from Game of Thrones is fucked up.

And, of course, such mismatches are routine and even necessary in boxing. Taishan, also known as Taishan Dong, is a musclebound 7-foot heavyweight from China who got into boxing about a year ago, after being discovered by a Los Angeles personal injury lawyer who spotted him on the street near his office. Taishan is almost certainly not any good, but while his promoters determine just how bad he is, they need jobbers like the pasty, nearly 300-pound Lance Gauch to show up, bare their unfortunate tattoos, and get knocked onto their plumber butts for a quick buck. In Taishan’s case, he’ll probably be fed a steady diet of Gauch-like patsies until his handlers, having built up Taishan’s name, decide it’s time to cash out on the novelty act. That’s when they’ll match him against a real fighter, and then chances are good that Taishan will suffer the same fate as Gauch.

Then again, try to think of any other sport more likely to produce 46 seconds of video so raw, disturbing, strange, and hilarious. Yeah, boxing’s pretty fucked up, and that’s one of the reasons why degenerates like me love it.