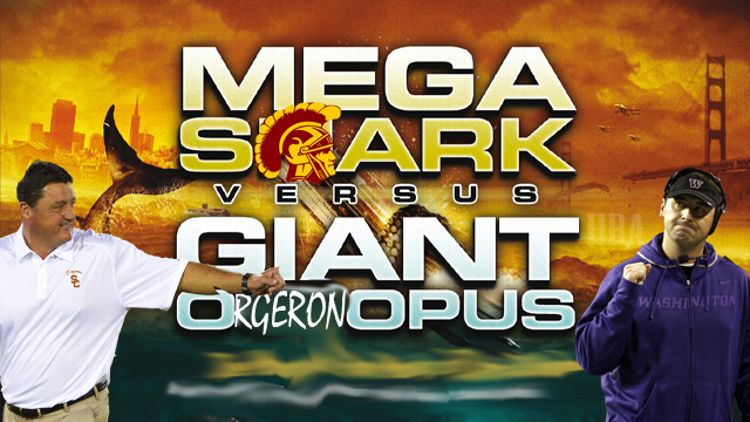 From a pure entertainment value standpoint, Ed Orgeron’s elevation to interim head football coach at USC following Lane Kiffin’s September ousting was an absolute godsend. Despite Orgeron’s previous record as a head coach, and despite the decisive loss to crosstown archnemesis UCLA that ended the Trojans’ regular season on Saturday, we did head into this week holding out hope that AD Pat Haden and the USC brass might ceremoniously remove that interim tag — maybe in an elaborate midfield ritual at the Coliseum, involving the mascot’s sword Coach O swiped to direct the band — and ask the big guy to hang around a little while longer. They’d had plenty of time to observe his work: Two months coaching one of the country’s highest-profile programs is a hell of an audition process, and Orgeron went 6-2 from October’s onset to December’s end, beating Arizona, Utah, Oregon State, Cal, Colorado, and most memorably Stanford in league play, and losing to Notre Dame and the Bruins.

Alas, we built a sand castle of dreams on the shores of college football, where the weathering forces are relentless. Haden, an ever-assiduous miner of Pete Carroll’s former Trojan staffs, has plucked Steve Sarkisian, the Sam McPherson to Kiffin’s Brooke McQueen, from Washington, where Sarkisian had coached the Huskies since 2009. No stranger to high-profile rebuilding jobs, Sark took over a team that notched a perfect 0-12 record in 2008 and went 34-29 in his five seasons in Seattle.

Avowedly appreciative of the job Orgeron did with the sanctions-depleted, injury-ravaged roster for two-thirds of a season, USC asked Coach O to stay on. He declined, preferring to seek out a new head coaching position of his own, and just like that he’s gone from Los Angeles, again, and before he even had the chance to make a new Hummer ad. Like a boisterous, Cajun Mary Poppins, he burbled back into our lives such a painfully short time ago, and with one puff of a changed wind, he’s gone.

We have so many questions. What will become of Sarkisian’s boat, Noah Sark? What will reported interim interim head coach Clay Helton do to keep the Trojans together for their bowl game? Is Coach O even now trundling his way back to Louisiana on foot, maybe still carrying that sword and spearing fish in streams to sustain him on his way? Regardless, we wish him well, are monitoring recruiting message boards to see if he tries to poach any 2014 Trojans away to his new gig, and can’t say we’d begrudge him a blue-chipper or two to feather his nest with, wherever he lands.