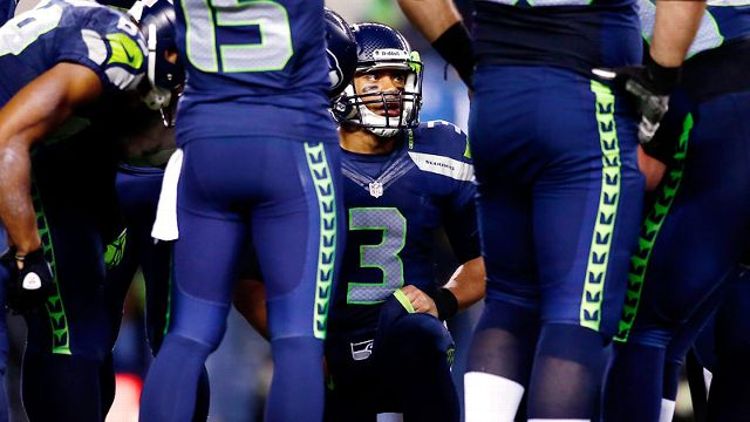 The Seahawks don’t seem to get how this works. Becoming one of the best teams in football is a clearly defined process, and while they followed some of the early steps — find a franchise quarterback, build a great defense (although that one is optional) — they’ve struggled with the final one. When a team finally does prove it belongs, its purpose is then to square off with other great teams in perfectly hyped, insta-classic prime-time games that keep us fixed to the couch. Last night, for the second time this season, Seattle turned the Game of the Century into a rout and, in doing so, made it look like the NFC playoffs might just go the same way.

Any Week 13 game between teams with three combined losses would get the glossy “game of the week” treatment, but what made this one different is that for these two teams, home-field advantage actually does mean something. Including the playoffs, the Saints have won their past 15 home games with Drew Brees and Sean Payton on the sideline. They’re 6-0 at home this year, and the difference in Brees’s numbers at and away from the Super Dome are staggering. This was before last night:

On the road: 62.19 completion percentage, 9 touchdowns, 5 interceptions, 7.49 yards per attempt

The hesitation in including Brees’s line against the Seahawks is that it was so uncharacteristic that it might skew his totals beyond a representative level. Seattle at home shouldn’t even count.

Russell Wilson looks at Brees’s success at home and smirks — although somehow he does it politely. I’m not sure if anyone’s heard, but Wilson has yet to lose in Seattle. Typically, a stat so ubiquitous turns into a punch line, but this one is almost too incredible. For his career, Wilson has played almost as well at home as Brees has been this year. No one can really touch Brees’s completion percentage, but Wilson has thrown 32 touchdowns and only six interceptions while averaging better than 9.2 yards per attempt.

When people were considering Seattle as the Super Bowl favorites in the NFC, it seemed to start with the defense, but the scariest part about the Seahawks was that by the end of last season, they were the best offensive team in football (by weighted DVOA). They haven’t been quite as potent on that side of the ball this year (only seventh in DVOA), but their showing last night — against a top-five pass defense — was a reminder of how dangerous Seattle can be.

It starts with Wilson, who has just kind of kept on rolling despite players crumbling around him. At various points this year, Wilson has been without both his starting tackles and his top two receiving options (in Percy Harvin’s case, that’s been every game but one). He is aided by a very good running game, but so are Colin Kaepernick and Robert Griffin III. Among last year’s Big Four quarterbacks, Andrew Luck has been forced to play with less help on offense, and still, Wilson ranks in the top 10 of just about every metric that matters. None of those can match what it’s like to watch him, either. There’s a mix of creativity and authority to Russell Wilson that almost doesn’t seem to mesh. When Wilson leaps off one foot to throw the ball back across his body into the end zone, nothing about it looks risky.

For as great as Wilson was last night, though, the defense was somehow even better. Bill Barnwell has written about this several times before, but what Wilson’s minuscule, third-round contract has allowed the Seahawks to do is go out and grab a handful of luxury high-priced free agents that would be necessities for other teams. It was fitting that Cliff Avril and Michael Bennett were involved in that defensive touchdown last night. For many, they were the top two defensive ends in free agency, and they somehow landed in a place not hurting for defensive talent.

A lot was made this week about Seattle losing two of its top three cornerbacks to substance-abuse suspensions — Walter Thurmond for four games and Brandon Browner for the season — but after last night, do we really think that matters, at least until the Super Bowl? Someone named Byron Maxwell came in and played great, and as for the rest of that secondary, it’s still probably the league’s best even without Thurmond or Browner. Drew Brees had gone 42 games without throwing for fewer than 200 yards. Then he came to Seattle.

Last night taught us exactly what we thought it might, even if no one expected the lesson to be that obvious. Seattle’s home-field advantage might be the best one in sports, and now they’ll have it all the way to the Meadowlands. I’m not saying the Seahawks can’t lose at home. I’m just saying I can’t imagine how they would. We all know that no one wants to go to Seattle in the playoffs, and this year, everyone has to.