Don’t Panic, But Maybe Panic: Advice for the Seahawks, Cowboys, Colts, and More 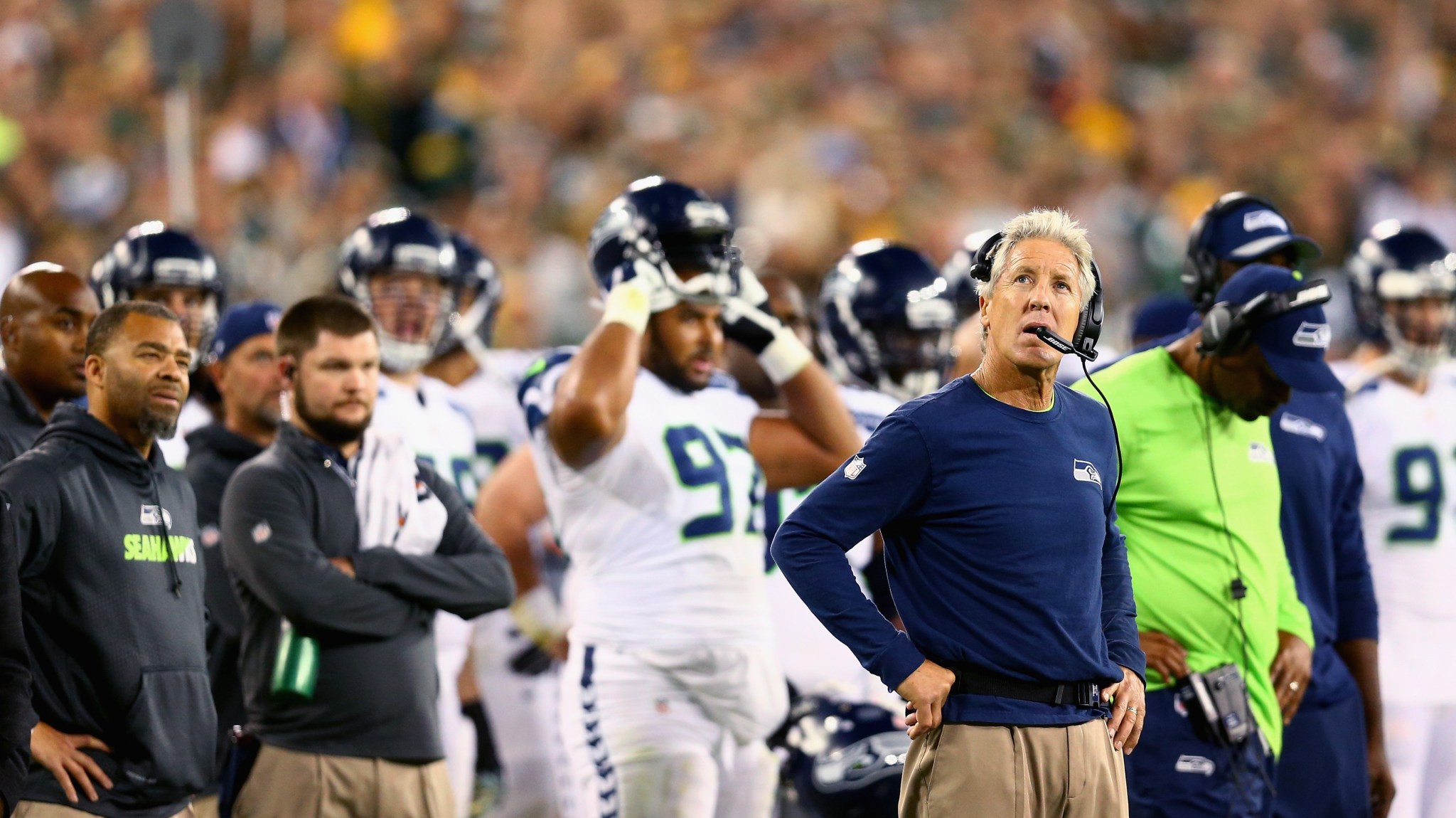 What’s great and ridiculous about the current sports media landscape is that every team or player’s misstep becomes magnified. Every bit of bad news is potentially cause for grave concern. After a while, you see how this works and realize that we are constantly losing our minds. Nowhere is this more true than the NFL. It’s been only two weeks and half the teams in the league are already on high alert.

Some of them will power through this turmoil and be just fine. For others, this is only the beginning. Should you be panicking right now? Are you freaked out enough? Let’s take a look around the league.

There’s a chance that the value of offensive line play becomes the unifying theme to the NFL season, and in that case, the Seahawks could turn into a case study of what not to do. They traded their best lineman to the Saints in a deal for Jimmy Graham, and the rest of the line looks even more overwhelmed than it has in previous years. It finally seems like it’s starting to matter. Russell Wilson was more comfortable against the Packers than he was against the Rams, but Marshawn Lynch couldn’t get going in either game. Whether you blame Lynch or the line, it’s not a great sign. And all of this is before you get to Kam Chancellor’s holdout and a defense that’s been strangely mortal for two weeks straight. Meanwhile, Arizona looks fantastic on both sides of the ball, Marshawn’s mom is yelling about the coaches on Facebook, and Graham is already unhappy with his role in the offense. There are some red flags here.

Then again, they opened the year with two road games against two good teams, they will likely win seven or eight games at home, and it’s not very hard to imagine them getting from there to 10 or 11 wins and the playoffs.

Lynch is too good to struggle for much longer, Wilson is still obnoxious as hell to try to defend, and the defense should be able to throttle people with or without Chancellor. It’s not great right now, but it’s too early to start sounding the “End of an Era” alarm. Also, Seahawks fans are too emotionally numb after the Super Bowl to let two regular-season games disturb them too much.

Look at Aaron Donald. I finally understand what Robert Mays and Bill Barnwell have been so excited about this whole time. Good lord.

Now imagine how this feels for Rams fans who have lived through the past few years of Jeff Fisher. That win over Seattle could not have been more encouraging. Nick Foles looked awesome, the defensive line came together, Tavon Austin was making plays. Then everyone plays like it’s 2012, they lose to the Redskins, and it’s like that Week 1 game never happened. Now here we are again: Wondering why the Rams don’t win more, watching random defensive line highlights.

On the one hand, this offense has zero weapons beyond Steve Smith Sr., the defense’s best player is out for the year, and the strength of the team (defense) just gave up 37 points to the Raiders. On the other hand … the Ravens are the Chicago Bulls of football. They are never as explosive as preseason predictions promise, but they never really disappear, either.

Baltimore’s first two losses this season came on the road — first to the Broncos, in a game that could’ve gone either way, and then in a late-game shootout in Oakland, which is sort of like losing in the NFL twilight zone. Those losses are a reminder that the Ravens probably don’t have enough to contend for a Super Bowl this year. But those losses are not proof that they’ll be irrelevant in the AFC North.

The Ravens will probably figure it out and be just as miserable to play against as they are every season. Losing Terrell Suggs for the year hurts, and the offense won’t win many games on its own, but the next games are against the Bengals at home and the Steelers on the road. There is plenty of opportunity for them to get back on track, and this roster isn’t that far removed from the team that almost beat the Patriots in the playoffs.

Panic Advisory: Don’t panic until Sunday at the earliest.

“This quarterback Weeden can drive the ball down field,” Jerry Jones said this week. “He’s a thing of beauty on throwing a football. His passing motion and his arm, frankly, you won’t see a more gifted passer, power, accuracy, the entire aspect of it.”

Jerry Jones should not be allowed to speak in public.

However, the Cowboys stole that win against the Giants, and that helps make the immediate future look a lot more bearable. They don’t need to be dominant to stay alive until December, and Weeden might not be completely overmatched if his only job is to hand the ball to Joseph Randle and Darren McFadden. Dez Bryant and Tony Romo were the two irreplaceable players on the roster coming into the season, and …

Panic Advisory: I already regret not panicking about this more.

There are no more receivers in Carolina.

Even if Jerricho Cotchery plays through that injury, there are no receivers in Carolina, because when Jerricho Cotchery is a loss, you’ve already lost. The Panthers are 2-0 after beating the Jaguars and Texans, but this seems like it could be an issue.

Panic Advisory: Keep the panic in perspective. Remember who you played last week. Having no receivers is better than having no quarterbacks.

Panic Advisory: Everything is fine, definitely, nothing to worry about.

Anyone Trying to Stop Julio Jones or Antonio Brown

This is how Antonio Brown showed up to training camp this year.

Panic Advisory: The president’s speech from Armageddon is the best pregame pep talk a defensive coordinator could give in this scenario.

I’m not sure if the past two weeks can even be considered a cause for alarm. The Saints might just be bad now. They’re definitely not good, and no amount of Brandin Cooks will be enough to make Drew Brees five years younger.

This is tricky. The AFC South is much, much worse than any other division in football. The AFC, in general, has like four good teams. It should be very difficult to miss the playoffs. The Colts started 0-2 last year and finished 11-5. I know all of this, I know that Colts fans shouldn’t be worried. And yet: Chuck Pagano is calling out his GM and his quarterback, Frank Gore can’t do anything, Andre Johnson isn’t making a difference, and the defense is actually worse than the crappy defense they had last year.

It’s one thing to assume the Colts will be good regardless with Andrew Luck. That’s probably true. But what if this is a year of transition, and “good” comes next year, with a new coach and GM?

This thing, to me, is on the verge of getting really ugly. If they don't get a win on Sunday, Pagano's head might explode.

Every NFL season brings at least one supposed good team whose season just goes down in flames. This Colts team seems like a decent candidate to be that team in 2015.

Panic Advisory: Heads might explode this weekend. Someone actually wrote that.

This Eagles team is the other candidate for would-be contender that turns into a full-on disaster. There are definitely some Steve Spurrier vibes coming out of Philadelphia. For one thing, the Cowboys were calling out Philly’s plays on Sunday. For another, this Robert Mays sentence: “The decision to run $22 million guaranteed of running backs behind $1.1 million of guards seems to be backfiring.” When you put it like that … Yeah, that’s pretty damning. And this stat is incredible:

On the other hand, the NFL is better than any other sport at making every analyst look stupid, so as the whole world doubts Chip Kelly, it’s probably worth it to wait a few weeks just to be safe. Kelly’s horrendous offseason decisions may cost them in the end, but this didn’t become a last-place team overnight. The Eagles looked very good in the second half against the Falcons, and it’s hard to imagine they look as bad as they did Sunday at any point the rest of the season. They play the Jets this weekend and the Redskins in Week 4, and both of those games are winnable.

Panic Advisory: Give it until the Jets game, at least. 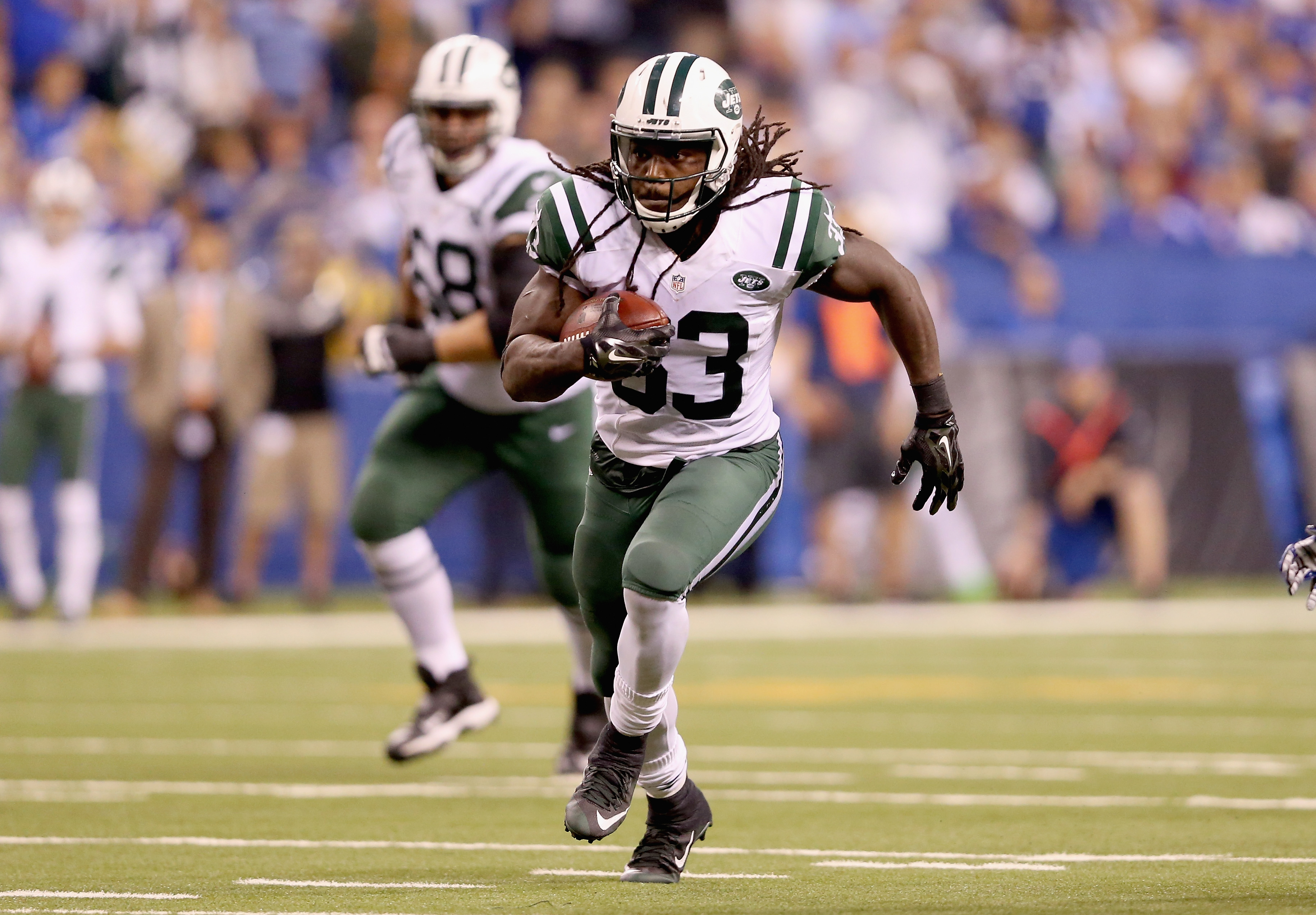 Panic Advisory: Deep down, every Jets fan in the world finds all of this optimism terrifying. PANIC.