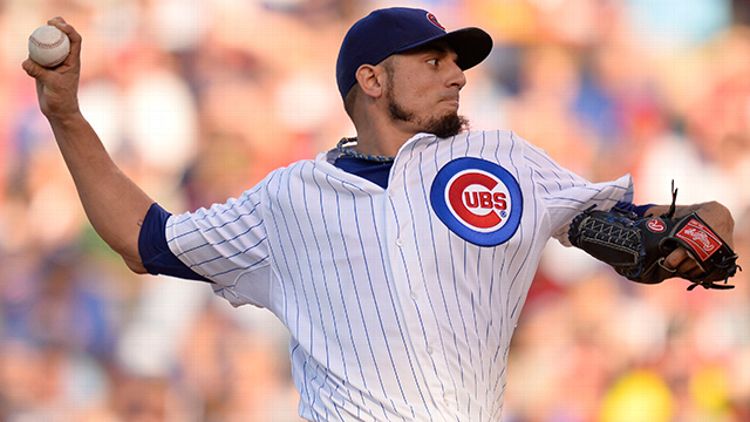 We’re less than two weeks away from the trade deadline, and several key fantasy contributors figure to get dealt. In some cases, players getting dealt won’t affect your team all that much, since their stats don’t figure to change much. But a handful of potential deadline deals could significantly affect the value of those players dealt, and also some of the teammates they’ll leave behind. Those are the ones we’ll examine in this week’s edition of the Roster Doctor.

Matt Garza, SP, Cubs: The Cubs are a fourth-place team, nine games under .500, going nowhere this year, and likely to trade away several veterans by the July 31 non-waiver deadline. Having Garza go anywhere else can only help, right?

Well, not necessarily. For starters, the Cubs probably aren’t as bad as their record would indicate, with a −10 run differential that suggests a record three games better, had the team’s run distribution been a little luckier. Yes, they’re likely to trade away several players at the deadline, but solid fantasy year-to-date contributors like Alfonso Soriano and Kevin Gregg are league-average players (or worse) in real life, not huge losses by any stretch. Righty-masher Nate Schierholtz would hurt some, but even then you’d still be leaving the team’s core intact. It’s a core that has delivered the eighth-best team defense in baseball, too; the Dodgers and Indians, two of the teams rumored to have at least checked in on Garza, rank 17th and 25th. The Rangers are said to be one of the leading candidates for Garza’s services, and they play good defense, with a top-10 offense that should provide solid run support. But Rangers Ballpark in Arlington has been one of the most hitter-friendly parks in baseball for years, friendlier even than Wrigley, despite its reputation as a hitter haven. Garza would also find himself pitching in the higher-offense American League, which could further dent his ERA and WHIP.

Finally, those getting excited over Garza’s recent post-DL hot streak need to keep in mind the context behind that streak. In his big five-start streak (prior to yielding 12 baserunners in 6⅔ innings to St. Louis right before the break), Garza went 4-0 with a 0.97 ERA, striking out 34 batters and walking just eight in 37 innings. But those starts came against the Mets (21st in park-adjusted offense), the Astros (28th), the Brewers (15th, but they were missing star slugger Ryan Braun at the time), the A’s (10th, fine), and the White Sox (29th). Leaving aside the inherent dangers of relying on too-small sample sizes when evaluating players, in this case you’re talking about a solid but unspectacular starting pitcher, fresh off an injury, beating up on what was mostly a group of cupcakes. A major league team vying for a pennant that’s truly hurting for starting pitching could do a lot worse than Garza (especially in a thin market for starters), just as an offense-loaded, pitching-challenged fantasy team could reap some benefit in acquiring him. But in either case, buyer beware: Just because Garza might be the best guy out there doesn’t mean it’s worth spending a fortune to get him, all things considered.

Alex Rios, OF, White Sox: This one is pretty straightforward — the White Sox stink, so playing for a team that stinks less could help Rios’s numbers. The Pale Hose rank just 27th in non-park-adjusted offense (we’re assuming you play in a league that doesn’t adjust for park effects, though if you do play in a league that nerdy, kudos!). Case in point: Rios has been remarkably durable, playing in 90 of Chicago’s 92 games this year. He bats third in the lineup, so he’s getting plenty of reps … 384 plate appearances, in fact, presumably many of them in potential RBI spots. Yet Rios ranks just 85th in the majors in number of runners on base for his at-bats, trailing players with far fewer PAs like Jonathan Lucroy and Josh Willingham and even bottom-of-the-order hitters. The team’s leadoff hitter, Alejandro De Aza, owns an unimpressive .327 on-base percentage, while no. 2 hitter Alexei Ramirez is even worse, at just .311. Though Rios himself has had a merely decent season at .270/.326/.429, his 11 homers and 19 stolen bases have helped make him a top-20 fantasy outfielder. Surround him with better talent and he could put up better team-dependent numbers in the second half too.

Steve Cishek, RP, Marlins: Miami’s closer put up weak numbers early in the season, posting a 4.50 ERA and racking up just five saves through June 7 — due to a combination of his own struggles and his team offering few save chances. He then went on arguably the best streak by any reliever this year. From June 8 to July 13, a period covering 17 appearances, Cishek tossed 16⅓ innings, struck out 19, allowed no runs and just eight hits (all singles) and one walk, holding opponents to a line of .143/.158/.143. For fantasy purposes, he went 2-0 with 12 saves over that stretch. Cishek did allow three runs in 1⅓ innings during his final appearance before the break. Still, this year’s body of work, combined with a 2.66 ERA, 2.81 FIP, and more than a strikeout an inning over the previous two seasons, make him an attractive trade candidate for multiple bullpen-needy teams.

That doesn’t necessarily make Cishek a big, flashing buy, though. If the Marlins trade him to Detroit, for example, Cishek would likely step in as the team’s new closer. The Indians, on the other hand, rank as one of the worst bullpens in baseball, but could feel compelled to keep established closer Chris Perez in his ninth-inning role, and slot Cishek in as a setup man. It’s certainly possible that a closer on a team in full sell mode could see his value rise if he’s traded to a playoff contender — the Tigers scenario would apply here. But the risk of such a closer losing his clear path to saves is significant, and thus might warrant a little shopping of your own.

One way to guard against this risk would be to acquire the next reliever in line for saves. But in the case of the Marlins, good luck figuring out who that might be. Ryan Webb, Mike Dunn, Chad Qualls, and A.J. Ramos have all been mentioned or at least hinted at as potential save sources. But everyone in that group except Ramos (a rookie who thus makes the league minimum) has been mentioned in trade buzz of their own. So basically, put feelers out if you own Cishek, and maybe spec on Ramos in very deep leagues. Otherwise, just hope that the Miami bullpen mess resolves itself in a way that doesn’t whack your team.

Francisco Rodriguez, RP, Brewers, and Kevin Gregg, RP, Cubs: Many of the same issues with Cishek apply here. K-Rod isn’t quite the dominant force he used to be, with swinging strike rates way down from where they were in his prime. But he’s still good for a strikeout an inning, and usually does enough to work around his periodic command lapses. Like Cishek, he’d close for some contenders, but not others … but at least he looks like a viable closer option.

The Kevin Gregg honeymoon, on the other hand, might’ve already ended.

Maybe you look past a rough patch like that if it’s a usually reliable closer in question. But Gregg is coming off 2011 and 2012 seasons in which he posted FIPs of 4.89 and 5.04; there’s more recent evidence that he’s a bad pitcher than there is that he’s a competent one, let alone a reasonably dependable closer, let alone a closer good enough to pitch in big spots for a championship-caliber team.

Your spec plays for the Brewers are Jim Henderson and John Axford (in that order). For the Cubs, Blake Parker, James Russell, and newly acquired Pedro Strop could be options, though Parker’s the one who’s been singled out by manager Dale Sveum as the most likely heir apparent.

The Jalen Rose Report With David Jacoby: The Champagne and Campaign Hall of Fame (Plus Video!)