Roster Doctor: Let’s Do a Twitter-bag 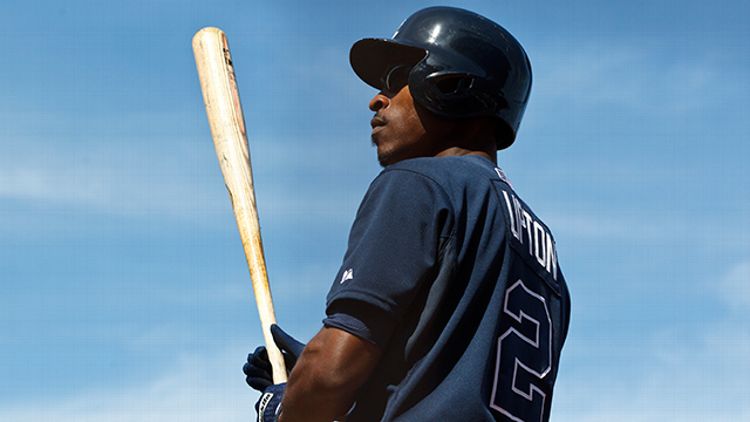 Twitter has got fantasy questions, we’ve got answers. Hot starts, cold starts, bullpens in flux, trade scenarios, a top 10 that’ll start 30,000 fights, and much more, all covered in this edition of the Roster Doctor.

What the hell do I do with Jarrod Parker (10-team mixed league)?
— @nysportsfan2

The answer to these two questions is none of the above. In standard mixed leagues, there’s no reason to stick with any these guys. Parker might’ve had a nice year in 2012, Vogelsong might’ve had a couple of good years, and Niese might’ve come into 2013 as a trendy sleeper. But these are all pitchers you should stream, and nothing more. Even in 14- or 16-team mixed leagues, I’d feel no obligation to own Parker, for instance. Sure he’s been marginally better in his past three starts than he was at the beginning of the year. But even if Parker bounces back, you’d have a shot at comparable production by slotting the right Scott Feldman types into the right matchups on a weekly basis. It’s more work to study schedules every weekend, scan the waiver wire, and find the perfect plug-and-plays. But fantasy baseball isn’t an idle pursuit based almost entirely on luck the way, say, fantasy football is. You want to win your league? Gotta work for it.

We might see these two teams win a similar number of games this season, though that doesn’t necessarily mean a similar number of save opportunities. For fantasy purposes, the key is finding one pitcher who’ll deliver a lot of saves. If you had to own anyone in either of the two bullpens right now, the best choice might be Heath Bell. Like all right-minded snarky statheads, I’ve trolled Bell and his ludicrous contract many times. But there are plenty of flawed pitchers who’ve racked up lots of saves. And right now, Bell has a golden opportunity, with a solid hold on the closer job with J.J. Putz on the DL, and a potentially big window given Putz has a “sprained UCL,” which is code for “this is going to turn out to be a more serious injury and we won’t see him again for weeks, possibly months.” By contrast, Andrew Bailey might be back Monday, which would make Junichi Tazawa instant waiver-wire fodder in all but the deepest leagues. Try to acquire Bell, his 29 percent strikeout rate, and his ample save chances if his current owner’s skeptical. A buy-low on Bailey’s an option, too, as long as the price accounts for Bailey’s inevitable return trip to the DL later this year.

I just traded Carlos Gomez and Howie Kendrick for Ian Kinsler. Was that a mistake?
— @trueDanLewis

Yes. Gomez won’t hit .365 all year (.431 BABIP, for one thing). But we’re seeing a power spike that started back in 2011 and has gained steam since, with Gomez now in his age-27 season. Since the start of the 2012 season, Gomez ranks 35th among 173 qualified hitters in Isolated Power, neck and neck with sluggers like Paul Goldschmidt and ahead of big-time hitters like Andrew McCutchen and Buster Posey. Regardless, you know you’re getting 30-plus steals if Gomez plays every day. Assuming the power burst is real (and it’s looking more and more that way every day), he becomes the most valuable player in this trade. And I say that as a fan of Ian Kinsler.

Is team diversification necessary when it comes to creating your roster or can you win with 2+ players from same team?
— @will_1_am27

I never worry about diversification at all. If anything, counting stats like RBIs and runs scored are team-dependent, so if you own Miguel Cabrera, you know he’s going to influence Prince Fielder’s fantasy production too. Plus in some cases you should actually seek out multiple players on the same team; in deeper leagues you’d want to own a team’s closer and the alternate closer, for instance.

Should I cut bait on B.J. Upton?
— @thitchner

It’s reeeeeally tempting. Upton’s been the second-worst hitter in the majors on a park- and league-adjusted basis. Even if you think there’s something wrong with him, he’s not going to hit .145/.242/.244 all season. The question is what kind of upside he has. For starters, his batting average on balls in play sits at .200, 118 points below his career mark. Not all of that is a fluke. He’s popping out at the third-highest rate in the league, hitting fewer line drives than in any other full season of his career, and striking out in one-third of his times at bat.

But there’s a difference between explaining what’s happened to date and expecting the same results in the future. Upton is 28 years old. He’s averaged 39 stolen bases a year over the past five seasons and swatted 51 homers in the past two years. He’s going to strike out a lot and hit for a low average. But there’s too much upside here to dump Upton unless you’re in the shallowest league ever. If you don’t own him, I’d trade for him now, especially in deeper leagues. In an absolute worst-case scenario, you’re getting a rich man’s Will Venable. That’s someone worth owning.

Have both [Ryan] Madson and [Ernesto] Frieri. Should I hang onto both or do you think Frieri locks down the job and I can open the spot?
— @SouvenirCity

In a 12-team mixed league or shallower, you can drop Madson. Even if he later takes the job when he returns from the DL, you can always find saves on the wire at some point during the season in shallow leagues. You’re better off using your bench spots on other commodities — streaming starters, top prospects on the verge of a call-up (Kevin Gausman comes to mind), or quality injured players if you have more injured bodies than available DL spots.

Sell high. Even at Yankee Stadium, you should be skeptical of Wells’s career-high 19.2 percent home run–to–fly ball rate. Playing time will get more scarce as the DL brigade makes its way back into the lineup. In fact, the regression has already begun. After rolling up a 1.013 OPS through his first 17 games, Wells has hit .288/.326/.475 since. Those are still respectable numbers, and you can still keep Wells in deeper leagues, if no one’s willing to make a decent offer. But if there’s a whiff of interest, get on that, preferably ASAP.

Getting offered [Mat] Latos for [Anthony] Rizzo in mixed-league keeper. Need pitching and have [Joey] Votto. (Could always start Rizzo at UT)
— @Jasconius

Love it, do it. I liked Latos as a sleeper Cy Young pick at the start of the year. Clayton Kershaw is a cyborg from Planet Preposterous so that’s probably not happening. But Latos has been excellent nonetheless, improving his strikeout, walk, and home-run rates from last year’s levels, his already very good numbers (3.04 ERA) being held back slightly by a BABIP 40 points above his career average. He’ll get support too: The Reds are one of the best defensive teams in the majors, and they’re also a talented offensive team that will start putting up bigger numbers when Jay Bruce’s early slump ends. With starters like Matt Harvey and Jordan Zimmermann sure to be overvalued and nearly impossible to get right now, Latos makes a great, cheaper alternative who may well put up comparable numbers from here to the end of the season.

I’m in a H2H points league. Should I pick up [Norichika] Aoki for Austin Jackson? it seems like he gets 2 or 3 hits a night…
— @TheIceIsFake

How is Aoki available in any league of any size?!?! Pick him up immediately. And if the rest of you have a chance to get Aoki at a discount, do it now. He’s a multi-category stat-stuffer who’ll earn more than $20-$25 by year’s end. By the way, the Brewers were the only team to bid on Aoki, and he’s in Year 2 of a two-year deal that guaranteed him just $2.5 million. Total. Leaving aside pre–free agency players, Aoki has to be on a very short list for biggest steal in baseball.

Oooh! OK, my top 10 pitchers to own in a keeper league. We’re assuming you can keep guys as long as you want, no salaries, etc. So we’re considering past results (two or three years of excellence trumps 15 or 20 great major league starts), age, upside, team/team support, all of that.

10. Shelby Miller: I’m drinking the Kool-Aid. Just 65 innings pitched in the big leagues, but with a strikeout rate near 30 percent and a top prospect’s pedigree to reassure us that this isn’t a fluke. If Harvey’s going to get named among the game’s elite this early, I’m fine with Miller getting the same treatment a little earlier.

9. David Price: Miller and Harvey notwithstanding, track record still matters. A few bad starts this year don’t scare me all that much.

7. Matt Harvey: This feels about right for now, given he’s only got 18 major league starts under his belt. Of course if Harvey keeps going early-career Dwight Gooden on us, he’ll shoot even higher.

6. Stephen Strasburg: If we made this list on Opening Day, Strasburg would be right around here. A few weeks of Nintendo numbers from Harvey and a couple others doesn’t change anything. Not like Strasburg’s pitched poorly this season either.

4. Madison Bumgarner: Massively underrated, massively young (younger than Harvey and Strasburg, to name two), plus Bumgarner has options through 2019, which means he gets to benefit from pitching in the NL West, and AT&T Park, for a while.

3. Justin Verlander: Has a strong case as the best pitcher on Earth, but he’s also the only pitcher on this list older than 30.

1. Clayton Kershaw: Best ERA of all time for any pitcher through the first 1,000 innings of his career. Twenty-five years old. Inception Pose.