Roster Doctor Mailbag: Is It Time to Give Up on Anthony Rendon? 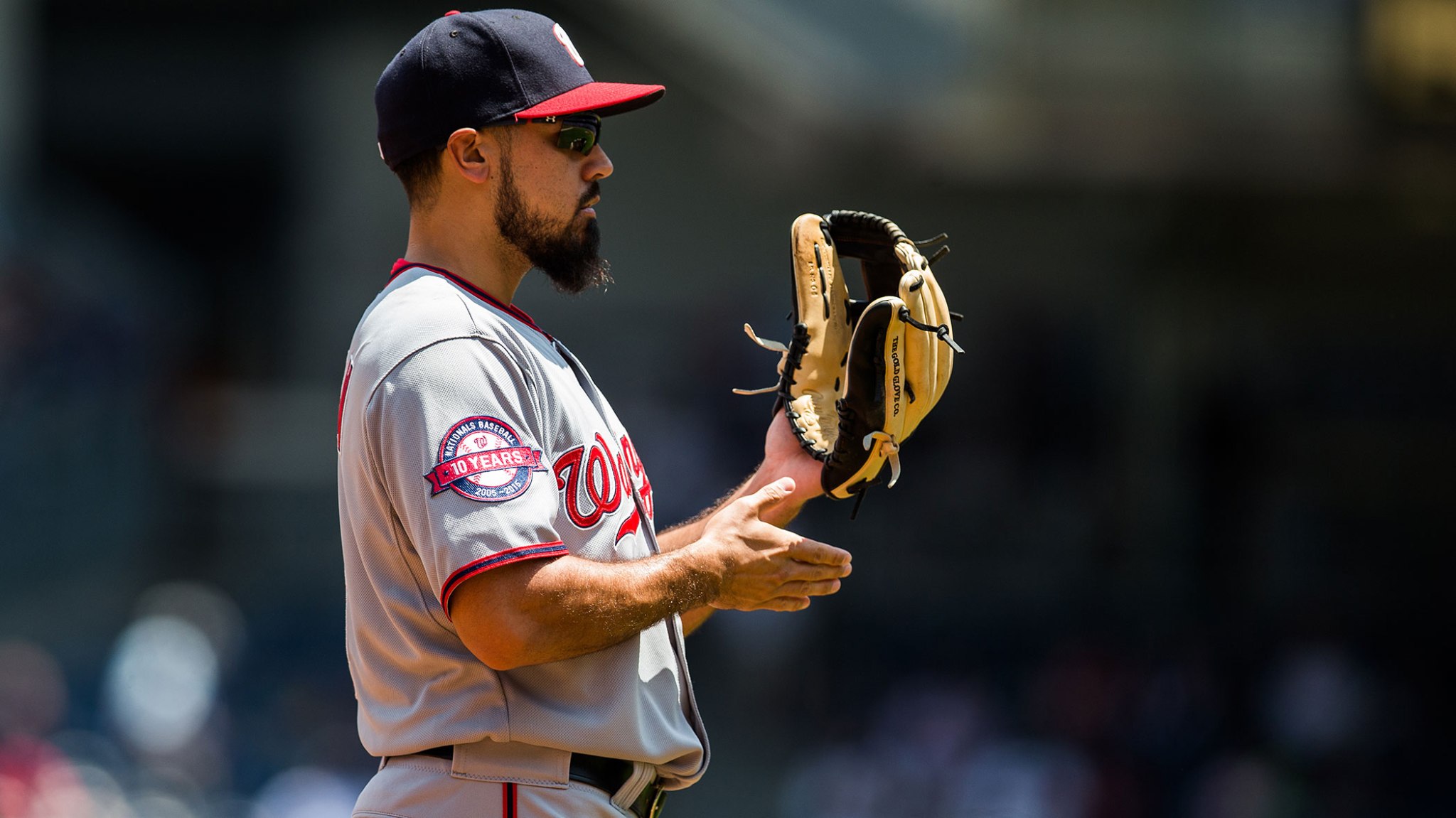 To honor this blessed occasion, it’s time to check in with the Roster Doctor. You’ve got fantasy baseball questions, and the Doc has answers. Let’s dive in.

Better starter to keep for the rest of the year: Jesse Chavez, or Jeff Samardzija?

My first instinct here was to immediately say Samardzija. He’s a much bigger name, he’s got the better track record, and if both pitchers offered the same amount of controllable service time, Samardzija would definitely fetch more in return on the actual trade market.

Fantasy baseball is a different animal, though, and the quality of defensive support the two pitchers get isn’t close. The A’s defense is very good, having saved 22 more runs than the league-average team (fifth best in the AL), per Baseball Info Solutions. Meanwhile, the White Sox defense is terrible, last in the AL at minus-36.

That external analysis is vital because, despite the two pitchers’ reputations, their peripheral numbers are remarkably similar. Chavez has struck out 20.2 percent of the batters he’s faced, with a 6.3 percent walk rate, 0.72 homers per nine innings, and a 41.9 percent ground ball rate. Samardzija’s numbers are 19.6, 4.4, 0.86, and 40.3, respectively.

At this point, we’re talking about two good — not great — pitchers. In a standard 10-team mixed league, these are both pitchers you’d want to stream for optimal matchups rather than putting them in your lineup for every start. So, I’d keep both and play it start by start. But if holding on to the pair isn’t an option, I’d keep Chavez, if only because Oakland is a better place to pitch. But if Samardzija gets traded to a more pitcher-friendly club like, say, the Dodgers, give the nod to the Shark.

I have Joe Panik and God Reincarnated (Rob Refsnyder), plus Anthony Rendon on the DL. When Rendon comes off the DL, I am going to have to drop or trade one, preferably for a starting pitcher. Which one would you recommend? And what do you think would be a fair return? In case you couldn’t tell, I may be a Yankee fan who has already fallen madly in love with Ref, but am willing to listen to reason and logic.

My keeper-league team is somewhere between clinging to life and waiting for draft night 2016. I’ve held onto Stephen Strasburg, Anthony Rendon, and Corey Dickerson this long, but which of the three should I drop at this point if I want any chance at getting back into contention?

Which disappointing Nationals player should I cut bait with? Strasburg or Rendon?

It’s no surprise to see this many questions from disappointed Rendon owners, given that he was drafted as high as the late first round in some leagues. Thing is, even a fantasy talking head with a degree from Hollywood Upstairs Medical College can’t provide reliable predictions when it comes to matters such as injury recovery time and post-injury effectiveness. In Rendon’s specific case, here’s what we know:

• Whether due to rust, small sample size, or lingering injury effects, he’s managed zero homers and slugged just .362 in 69 at-bats.

• The latest injury update is that he was jogging on the field in Baltimore last Friday. That’s not the kind of high-intensity baseball activity that would suggest an imminent return.

So, to answer these questions:

1. Keep Panik, who looks legit. And yes, I’ll indulge your Yankees fandom by saying keep Refsnyder and try to trade Rendon, because someone in your league is going to be optimistic about his health, which means he’ll still carry decent trade value.

2. Try to trade all of the above, see who offers the most return, and then take that deal.

Who are some good under-the-radar outfielders to keep an eye on in the second half? I am in desperate need of some, with Matt Holliday, Nori Aoki, and Alex Gordon all on the shelf.

These are some undervalued outfielders who might be available in standard 10-team leagues, either on the waiver wire or via trade. Stats over past 30 days:

I just lost Jason Grilli. Where do I go for guys who will become closers on July 31?

This is pretty simple: Target players with top setup roles on teams that look like good bets to trade their closers. A few suggestions: Ken Giles, Jeremy Jeffress, and maybe Joaquin Benoit.

Over the final month or two of the season, what good SPs do you think will have multiple starts skipped or be shut down entirely due to innings limits?

The pitchers making viable contributions to fantasy teams who worry me the most on the innings-limit front are Noah Syndergaard, Lance McCullers, Carlos Rodon, Taylor Jungmann, Kendall Graveman, Andrew Heaney, and Taijuan Walker.

What do we make of Yasiel Puig in dynasty formats? Faith he regains his 2014 form? I have him for relatively cheap for the next few years but could spin him for an expensive vet rental (Adrian Gonzalez-type) because I’m going for it this year. I don’t want to give up on him, but I’m growing concerned.

At a minimum, we should lower stolen-base expectations: One swipe in three attempts — in addition to Puig’s base-stealing ability being overrated in the first place (23 steals in 40 career attempts) — means you should count any of his steals as a bonus at this point. And, really, he was an overrated fantasy commodity coming into this year: a high-average, high on-base percentage hitter who’d never hit 20 homers (or driven in 70 runs) in a season. He was a borderline-elite real-life player who was a little less than that in fantasy terms.

Of course, with a .261 average and four homers in 43 games, he’s not even performing up to those standards right now. You might chalk that up to injuries and then post-injury rust, but it’s not like his underlying skills have tanked. His Well-Hit Average of .161 isn’t that far below his career .176 mark, and his line drive rate is actually up this year, at a career-high 22.4 percent. I’d bet on him turning it around before too long.

That said, if you’re trying to win now, you might not have the luxury of waiting a few weeks for Puig to return to peak form. I still think you can do better than someone like Adrian Gonzalez, though. Gonzalez hit just .248/.320/.381 in June, and while his power has returned this month, he’s batting just .194 in July and looks like a top-of-the-league hitter mostly because of his blazing start to the season. For an owner trying to win for the next few years, Puig at an attractive price would likely seem immensely valuable. Make the deal if you must, but make sure you squeeze every last drop of value you can out of that trade.

Q&A: New Nuggets Head Coach Mike Malone on Ty Lawson's Future, What Happened to LeBron in the 2010 Playoffs, and the Art of Managing Boogie