What Clayton Kershaw’s Historic Deal Means for the Pitcher, the Dodgers, and Small-Market Teams 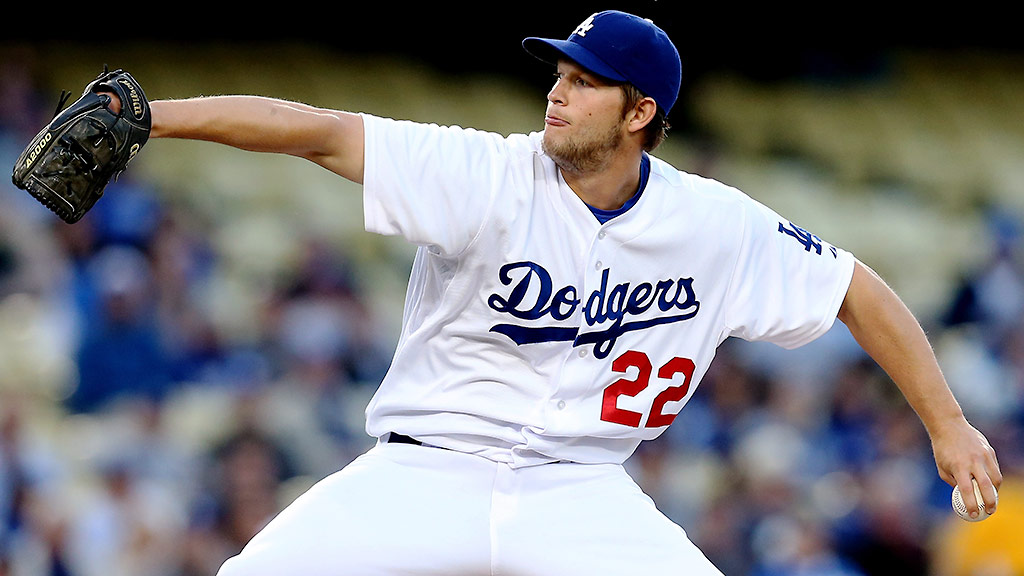 Though the deal won’t officially be announced until Friday, the contract reportedly includes an opt-out clause after five years. Kershaw, like CC Sabathia before him, will likely exercise that clause if he’s healthy and productive in 2018. He’ll be just 30 years old at that point, a month younger than Justin Verlander was when he signed a seven-year, $180 million extension with the Tigers last offseason. Given how TV money has exploded both locally and nationally, Kershaw could blow that Verlander deal out of the water if he’s still pitching like this five years from now.

Kershaw’s track record gives no reason to doubt that will be the case. Per ESPN Stats & Info, of all pitchers to throw 1,000 innings through their age-25 season, Kershaw’s 2.60 career ERA ranks second, trailing only the great Tom Seaver. Kershaw has improved every year, too:

Of course, no long-term contract is ever a sure thing, especially for a pitcher. But as FanGraphs’ Dave Cameron wrote Wednesday, we’ve never before seen a pitcher this good, this young, and this durable sign a deal this long. Cameron, who wrote his piece shortly before the Kershaw news broke, looked for pitchers who could even remotely match Kershaw’s dominance through age 25. Only six made the list: Seaver, Pedro Martinez, Roger Clemens, Bret Saberhagen, Bert Blyleven, and Kevin Appier. Seaver and Blyleven are in the Hall of Fame; Martinez will get in next year (causing a Simmons-Keri Cooperstown kegger for the ages in the process); Clemens is arguably the best pitcher of all time, but will have to wait on the Hall because of PED association; and Saberhagen and Appier ran into injuries later in their careers, but still posted a number of big seasons after their 26th birthdays.

Doubters will point to the risk of high innings counts: Kershaw tossed a career-high 236 frames last year, plus 23 more in the playoffs … and he and the Dodgers certainly hope to make it back to the postseason multiple times during the length of this new deal. Trying to predict pitching injuries using instruments as blunt as raw innings counts or pitch counts is a futile exercise, however. The good news here is that Kershaw has become more efficient with his pitches over the years, part of an overall remarkable progression that has included picking up (and quickly mastering) new pitches — and even learning to hit a bit.

There’s no debating Kershaw’s value. Without delving too deeply into dollars-per–Wins Above Replacement calculations, consider this: The going rate for free agents right now is about $6 million per win, and Kershaw has averaged 5.4 wins in his five full seasons, and 6.2 over his past three. Assuming Kershaw stood to make about $18-$20 million in arbitration this year, that means the Dodgers are committing $195-$197 million for the remaining six seasons of the deal, a little less than $33 million a year. CBS Sports’ Jon Heyman reported Wednesday that Kershaw’s annual salary breakdown will be as follows: $22 million in 2014, $30 million in 2015, $32 million in 2016, $33 million in 2017 and 2018, and, if he stays, $32 million in 2019 and $33 million in 2020.

Yes, that’s a lot of money, no matter how you parse it. The thing is, there’s no way to evaluate a Dodgers contract and, say, a Pirates contract the same way. The Dodgers have already shown they’ll pay more money for less talent. From the start, principal owner Mark Walter and his partners have operated as though they have unlimited money, spending more than $2 billion to acquire the team, making major renovations to Dodger Stadium, and paying megabucks for talent. The Dodgers now have five players who’ll make $20 million or more in 2014, and their payroll will almost certainly climb above $250 million this season. For the Dodgers, baseball’s $189 million luxury tax limit is a tiny gnat on the windshield of an 18-wheeler that’s holding all of Guggenheim Partners’ cash and doing 110 on the 110.

That spending is easily justified by the team’s new TV deal, which will reportedly generate up to $8.5 billion once it becomes official. (Here’s a good video primer breaking down the deal.) Once that TV revenue is secured, the next step will be selling out Dodger Stadium as often as possible, with ticket prices set as high as the market will bear. There was no way in hell the Dodgers were going to let the best pitcher in baseball go, not when his star power can help ensure enough wealth for Walter to hand out yachts to the homeless every other Tuesday.

The Dodgers might not be finished spending, either. According to Fox Sports’ Ken Rosenthal, they’re still hoping to land another starting pitcher to bolster a rotation that already includes one of the league’s best duos in Kershaw and Zack Greinke. Rosenthal mentioned 14-year major league veteran Bronson Arroyo as a possibility, but the Dodgers could easily aim higher, and multiple reports indicate that the Kershaw extension won’t necessarily preclude the team from going after Japanese phenom Masahiro Tanaka.

Really, the only losers here are baseball’s small-revenue teams. The Dodgers play in a market that dwarfs Cleveland and Pittsburgh and Kansas City in both size and financial opportunity. Over the years, MLB has made some attempts to remedy that imbalance, starting with the revenue-sharing advances that followed the 1994 strike. But baseball, like every other enterprise, is reactionary; the league waits for a problem to come along, and only then tries to whip it. The TV money flowing into the game is, in many ways, a boon to all, with the new national deal adding $26 million to every team’s top line in 2014. Unfortunately, the league failed to anticipate the massive gulf that would develop between the have and have-not teams once the wealthiest clubs signed their new local deals. The Padres make $60 million a year from their TV contract, while the Dodgers make $340 million. The notion that these two teams compete every year in the same division is kind of insane, and the existing, outdated revenue-sharing structure isn’t going to fix that.

Earlier this week, I wrote about the possibility of the Alex Rodriguez case creating some rocky negotiations when the current collective bargaining agreement expires on December 1, 2016. The bigger threat, however, might actually come from small-revenue teams revolting against their mega-market overlords.

Yes, the Dodgers pay the standard 34 percent in revenue sharing on their TV money, as mandated by the most recent CBA. And yes, low-revenue teams occasionally rise up and crash the postseason: The Pirates and Indians did so in 2013, and the Rays have somehow managed to make the playoffs four times in the past six years despite going head-to-head with two of the biggest regional sports network beneficiaries in the Yankees and Red Sox.

When CBA negotiations resurface, however, the little guys will remember this Kershaw deal and the other mammoth contracts handed out by rich clubs like the Dodgers. They could argue that the rules of the game have changed, and that revenue sharing needs to become far more generous to small-revenue teams. Scott Boras has claimed that teams are playing elaborate shell games with their TV money in order to hide it from revenue-sharing distribution; if that’s accurate, the next round of bargaining could get downright nasty.