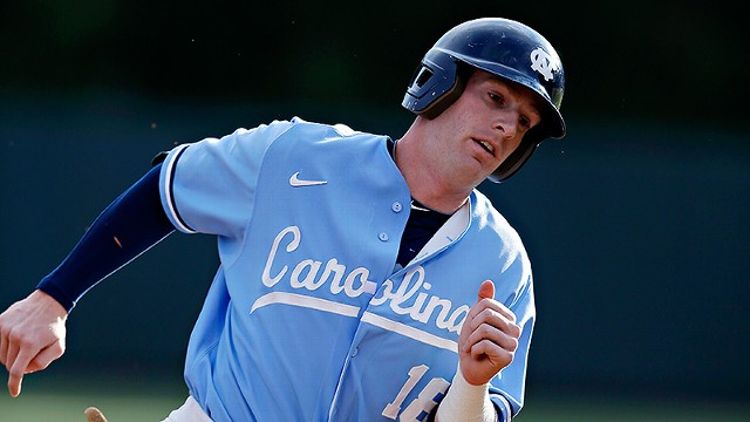 The Houston Astros are known nowadays for chasing the unorthodox. Their raid on the brain trust of Baseball Prospectus, their tandem starters in the minor leagues, their complete disinterest in competing at the major league level until they’ve developed enough talent to make a credible challenge — all of these things have made the Astros a fascinating team for hard-core baseball fans to follow.

Which is good, because if you’re going to play the kind of painful .350 baseball Houston has subjected people to this year, you’d damn well better be doing something else to make yourself interesting. Otherwise you just turn into the San Diego Padres.

One of the unorthodox but critically acclaimed moves the Astros made last year was taking advantage of the new bonus slotting rules for the MLB draft. Starting in 2012, each team is allotted a certain amount of bonus money to spend on its picks in the first 10 rounds; that amount changes based on draft position. Apparently, a draft that already artificially depresses player salaries until they hit free agency wasn’t a strong enough statement of the contempt that MLB owners hold for the workers who make them rich. But setting aside for a moment the economic unfairness of the new draft rules, Houston (among other teams) set out to exploit the system. The projected slot bonus for the no. 1 overall pick last season was $7.2 million, but the Astros knew that if they took high school shortstop Carlos Correa with the first pick, he’d likely sign for much less, and they’d be free to use that money on other prospects. If high school pitcher Lance McCullers Jr., taken 41st overall, had only been offered the bonus associated with his draft slot, he would have likely turned it down to play for the University of Florida and tried his luck again in three years. But by using some of the money left over from the Correa pick, the Astros were able to coax him into signing.

Correa, who was the youngest player in the draft and a shortstop with great power potential, might have gone no. 1 overall even if money hadn’t been an issue, but his lower bonus demands made him an obvious pick over Byron Buxton and Mark Appel.

Now the Astros are rumored to be interested in doing the same thing again. The 2013 draft has three college players at the top of its board: Appel (who didn’t sign with the Pirates last year and came back for his senior year at Stanford), University of Oklahoma pitcher Jonathan Gray, and University of San Diego third baseman Kris Bryant.

Beyond those three, you get a serious drop, yet the Astros are rumored to be targeting University of North Carolina third baseman Colin Moran because they aim to sign him to another below-market deal and redistribute the rest of his slot’s money in the interest of signing better talent later in the draft than they would have done otherwise.

It’s probably the smart thing to do — the Astros’ farm system isn’t as bare as it was when Jeff Luhnow took over, but it’s not as flush as they’d probably like it to be. But even acknowledging that this draft isn’t filled with talent, and that each of the top three prospects has question marks, it’ll be a little disappointing if the Astros pass on the top prospect for the second straight year.

Having the no. 1 pick is an opportunity to draft your Chipper Jones, your Joe Mauer, your David Price. Get two in a short period of time, and not only should you probably fire your general manager, but you’ve got a chance at Harper and Strasburg, or Griffey and A-Rod.

It’s tough to blame Houston if they do take Moran. One assumes that if there were a Harper or a Griffey on the board, they’d take him and figure out how to pay for the later picks. This is just how the rules are. If the Astros take Moran at no. 1 overall on Thursday, I’ll be disappointed that they didn’t take the best player on the board. But that won’t be nearly as disappointing as knowing that the Astros aren’t screwing around because they’re cheap, but because the new rules mean taking the best player might not be the smart thing to do.