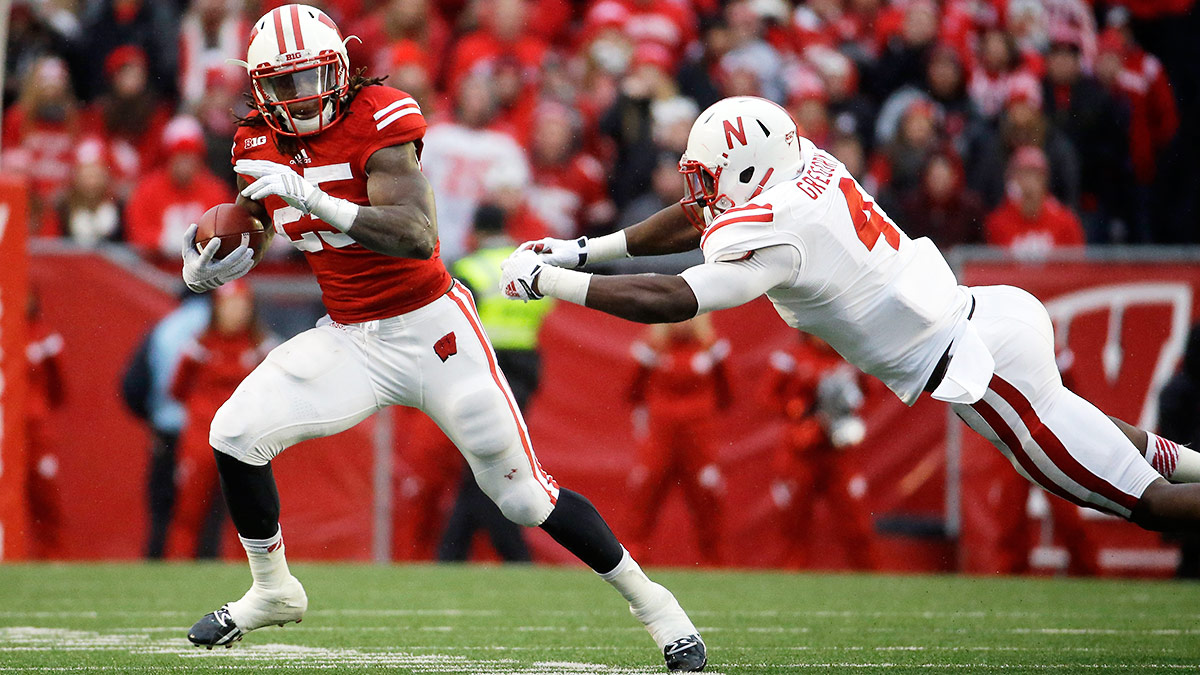 Like Jaden Smith interviews and Florida’s reported lack of interest in Dan Mullen, the concept of the “Heisman moment” can be tricky to comprehend. Does a singularly phenomenal individual effort qualify, or is team success also required? Can the moment come early in the season, or does it need to occur in November, when postseason implications abound? Must it happen during a highly anticipated and widely viewed matchup, or can it be whenever and wherever, such as the noon ESPN2 time slot typically reserved for third-tier Big Ten games?

Oftentimes, there’s little clarity. Saturday, however, wasn’t one of those instances. No matter your definition of “Heisman moment,” Melvin Gordon fulfilled it and then some with his virtuosic day against Nebraska, which, as you may have heard, featured 408 rushing yards (a new FBS record, topping LaDainian Tomlinson’s previous mark of 406) and four touchdowns on 25 carries, good for a staggering 16.3 (!) yards per attempt. Most astounding, Gordon accrued those numbers in three quarters, which means he was on pace to rack up 543 yards before an obscure NCAA mercy rule apparently prevented him from playing in the game’s final period.

Matt Hinton has more details on Gordon’s historic performance, but as the outing relates to the Heisman, the upshot is this: Gordon is now in a two-way race with Marcus Mariota, who would have probably won by default if not for Gordon’s late surge. Gordon is suddenly the only running back in serious contention for the award, having made Nebraska’s Ameer Abdullah look resoundingly average by comparison, and there’s a decent chance his Badgers will get to face Ohio State in the Big Ten title game, which would be an ideal setting for a closing argument. At the very least, we should thank Gordon for making the race infinitely more intriguing, and in turn, he should thank his offensive line for consistently creating truck-size holes.

All of Grantland’s Heisman Trophy goodness
Dak Prescott’s Heisman campaign is on life support following the Bulldogs’ loss. That’s not solely because of his performance, which wasn’t as grisly as his stat line (27-of-48, 290 yards, two touchdowns, three interceptions) seems to indicate. But it mostly is, because this game was likely Prescott’s only shot at a bona fide Heisman moment, which is all but a prerequisite for winning the award. Flourishing in Tuscaloosa sealed the deal for Cam Newton in 2010 and Manziel in 2012; likewise, floundering in Tuscaloosa may ultimately decide Prescott’s fate.

Making matters worse, Prescott’s once impeccable résumé is starting to look rather fraudulent. His campaign was built on a series of ostensible “signature” wins over then–no. 8 LSU, then–no. 6 Texas A&M, and then–no. 2 Auburn, but while all of those squads were undefeated before losing to Mississippi State, they’ve also all since been exposed as major pretenders. It turns out Prescott benefited from an extraordinarily lucky early-season schedule, resulting in a campaign that peaked around Columbus Day. Even a strong showing in the Egg Bowl probably won’t be enough to save his Heisman hopes, but at least we’ll always have this:

On a weekend in which Gordon enjoyed a Heisman moment for the ages and Prescott came up short, it’s fitting that Marcus Mariota didn’t play at all, since he’s ending the season on a relatively quiet note. While watching Oregon’s offense operate is truly a sight to behold, unrelenting dominance eventually ceases to be interesting. I feel like we’ve reached that point with Mariota, who’s led the Ducks to five consecutive mollywhoppings over conference rivals. You have to wonder how many voters watched these games in full, and how many of them will even bother to take in Oregon’s upcoming tilts versus Colorado and Oregon State, neither of which will provide much of an opportunity for a Heisman moment.

Then again, Mariota may not need a Heisman moment. It’d be ridiculous to suggest that he’ll be penalized for extreme excellence — after all, Jameis Winston’s closest win last season was a 48-34 thrashing of Boston College, and he ran away with the Heisman. Clearly, blowouts bolster Heisman prospects in the aggregate. Nevertheless, most Heisman winners have at least one close, electrifying victory on their CV, wowing the electorate by pulling their teams from the jaws of defeat. I can’t help but think Mariota would benefit from just that, preferably over Arizona in the Pac-12 title game, thus avenging Oregon’s only loss of the season. A man can dream, can’t he?