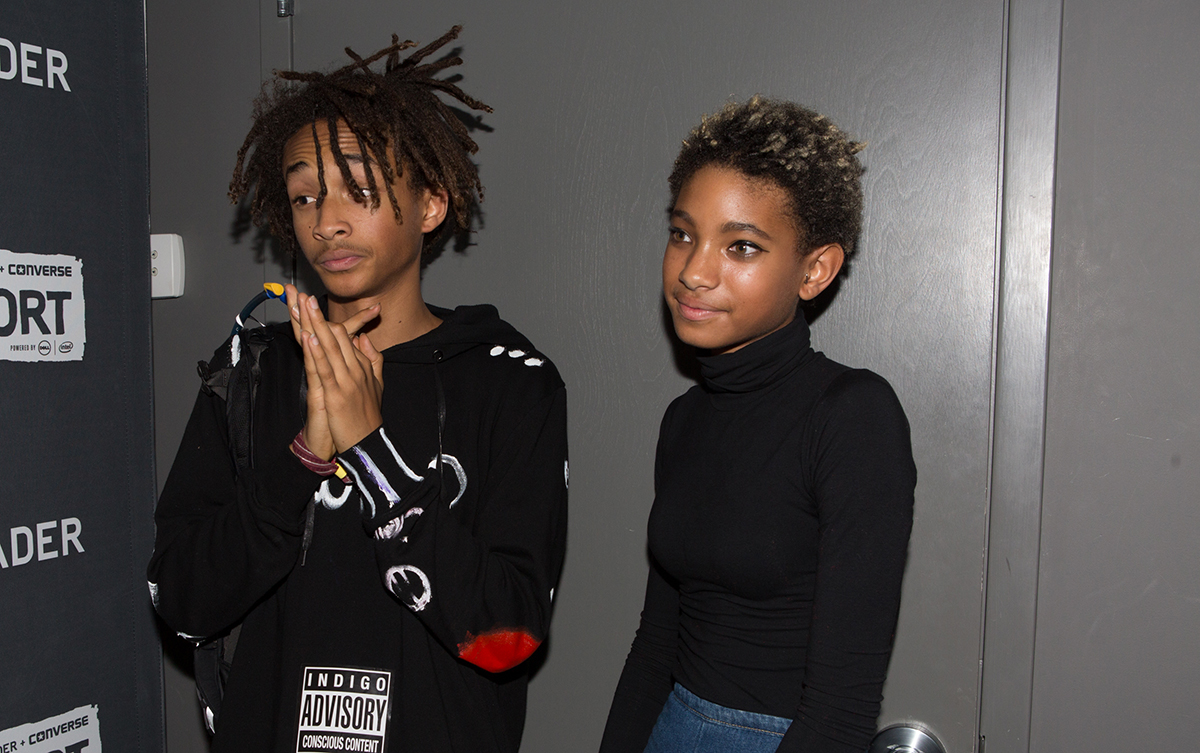 Yesterday, the New York Times’s style magazine, T, published a conversation between writer Su Wu and the sibling offspring of Will Smith and Jada Pinkett Smith, Willow and Jaden. It is one of the most astonishing back-and-forths in recent memory, and inspired some madness from the Grantland staff. Our reaction is documented herewith.

Chris Ryan: If you take the fourth letter of every third paragraph in this interview, it spells “STAY.”

Wesley Morris: “This interview has been edited and condensed” and other fibs.

Juliet Litman: I don’t think the Smith children drive on the same PCH as the rest of us.

Molly Lambert: “Did I say PCH? I meant PCP.”

Mark Lisanti: I would pay any amount of money to buy a time-machine ride to the set of the first season of the The Fresh Prince of Bel-Air and read this interview to a 22-year-old Will Smith. But more important, to read it to DJ Jazzy Jeff.

Rembert Browne: This conversation between Jaden and Willow, I’ve been having with myself for 10 years. Verbatim. But I’m an only child, so I’ve never been able to tell anyone. Because the only thing that sounds crazier than this interview (to the non-based) is this:

REMBERT: When babies are born, their soft spots bump: It has, like, a heartbeat in it. That’s because energy is coming through their body, up and down.

REMBERT: It’s prana energy because they still breathe through their stomach. They remember. Babies remember.

REMBERT: By the chemicals and things, and then slowly …

REMBERT: As they grow up, they start losing.

But I get it. I so get it. I’ve never been so into two little life forces before. I’m nominating myself as their protector, because PROTECT JADEN AND WILLOW AT ALL COSTS.

Mark: This is now an important thought experiment: Would Jazzy then feel it’s his responsibility to kill Will and prevent him from raising the two most dangerously hyperintelligent supervillains of the 21st century?

Grantland takes on the world's latest happenings in record time.

Chris: Back in like 1998, a guy I worked with at Newbury Comics who was really into the Melvins and Halo of Flies showed me this website:

Juliet: I think TARS and CASE should be replaced by WILLOW and JADEN in Interstellar 2.

Rembert: Seriously, will any of you be my sibling? You have no idea what goes on in this brain. I had that same apple thought about four years ago, but was so embarrassed that I frantically looked around, in case I’d accidentally said it aloud, and then walked to the registrar AND SIGNED UP FOR ANOTHER SET OF CLASSES.

I’m so close to being free. Someone help me get there.

Mark: I think we need to take everyone in the Times building hostage until they release the unedited transcript. And then we can all commute to the next psychospiritual plane together. (Which looks a lot like the PCH.)

Wesley: I Know Why the Caged Bird Needs to Go to Biology.

Molly: Just accept that they are the Star Children here to lead the way!

Rembert: Let’s take [redacted] hostage and say we’ll trade him for the 15 pages edited out about explaining Area 51 with kale.

Molly: The Fresh Prince of Teegeeack.

Alex Pappademas: GUYS, reality is a hologram and driver’s ed causes car accidents and the Times is ON IT.

Shea Serrano: The only thing I understood here is that Willow Smith climbs and I gotta believe she’s very good at climbing because she has long arms and legs. That’s a neat thing to know about someone, I guess.

Rembert: Is this a decent time to bring up the fact that I bury a time capsule somewhere every year?

Mark: Try and click on the new song here. You can’t. It’s just an image. And all images are mirages, which is the most melancholy realization of all. You win again, Jadenwillow. Higher consciousness achieved.

See all The Metaphysical World