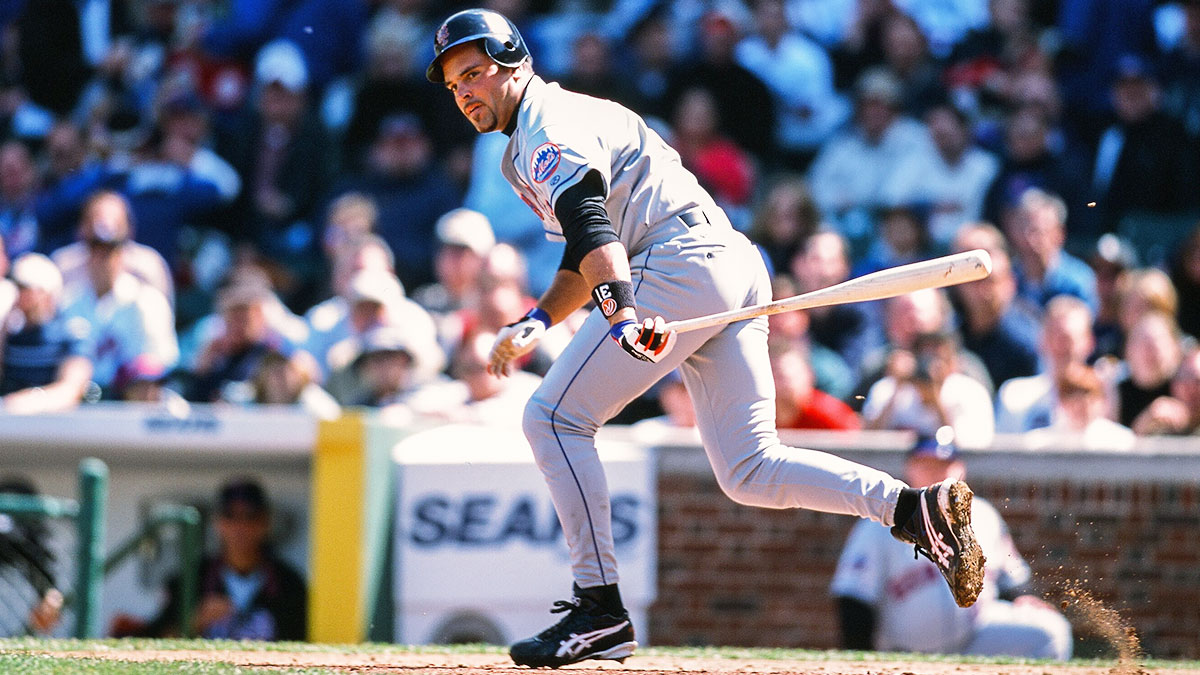 Congratulations to Craig Biggio, Randy Johnson, Pedro Martinez, and John Smoltz, who were elected into the Baseball Hall of Fame on Tuesday. This is one of the best Hall of Fame classes in decades, and the July 26 induction in Cooperstown should be one of the liveliest Hall celebrations of all time.

Of course, several other deserving candidates failed to earn the requisite 75 percent of the vote, leaving a backlog of worthy names heading into 2016 and beyond. So let’s hit the reset button and consider what the next five years of Hall voting might bring:

Junior was not only one of the best players of all time, he was also one of the coolest, for so many reasons. He’ll breeze in on the first ballot, and justifiably so.

Hoffman and Edmonds will both be interesting cases. Hoffman will likely garner a lot more support since he was baseball’s all-time saves leader when he retired in 2010, and voters love shiny pieces of trivia like that. Unfortunately, that love likely won’t extend to Edmonds, a .284/.376/.527 hitter with 393 homers and nine Gold Gloves who was far more valuable than a closer could ever be, even a closer as great as Hoffman. Regardless, neither player figures to make it in Year 1, though Hoffman might eventually earn enough votes.

The big news in 2016, though, will likely be Mike Piazza. Based on ballot clearing and historical precedent, noted numbers cruncher Tom Tango estimates that Piazza, Jeff Bagwell, Tim Raines, Curt Schilling, Mike Mussina, and Edgar Martinez will each gain 10 percentage points next year, which would be enough to put Piazza into the Hall. The greatest offensive catcher of all time jumped to 69.9 percent this year from 62.2 in 2014, and one more push should be sufficient. There will undoubtedly be some ridiculous voters who continue to use back acne as conclusive evidence of PED use and withhold support as a result, but the induction of seven players in the past two years and a shallow group of first-timers next year will make Piazza a very strong bet for 2016. And deservedly so.

This will be Alan Trammell’s last year on the ballot, but with just 25.1 percent of the vote this year, he sadly won’t make it.

None of these first-timers is a slam-dunk candidate, albeit for different reasons.

By the numbers, Rodriguez should be an extremely easy call. Pudge played 21 years in the big leagues, made 14 All-Star Games, won 13 well-deserved Gold Gloves and seven Sliver Sluggers, earned five top-10 MVP finishes, and won the award in 1999.1 He batted .296/.334/.464 for his career (106 OPS+), but he’ll likely garner some PED suspicion as a member of various Texas Rangers teams that included several known or suspected users.

Vlad was never linked to PED use, he’s got an MVP of his own on his résumé, and he was a bad, bad man for a long time, batting .318/.379/.553 (140 OPS+) while electrifying fans with his impossible plate coverage, raw athleticism, and rocket arm. Jay Jaffe’s JAWS metric puts Vlad well below the average level for a Hall of Fame right fielder, alongside the likes of Bobby Abreu, but that position’s average is bound to get a little skewed with Babe Ruth, Hank Aaron, and Stan Musial at the top. Vlad was the type of electric talent who could earn a fair number of “I know a Hall of Famer when I see one” votes, but he’s still a long shot to get 75 percent on the first ballot.

This year will then become a golden opportunity for carryover players to make their push. After Piazza, this year’s next-highest vote-getter was Bagwell, who ticked up to 55.7 percent from last year’s 54.3 percent and who has a Hall-worthy résumé. As I wrote last month, it goes like this: “career .408 on-base percentage and .540 slugging average [that] he amassed while playing most of his career in the offense-strangling Astrodome; 202 stolen bases (the most for any post-war first baseman) and excellent defense; [and] a peak that featured a .368/.451/.750 demolition of opposing pitchers during his 1994 MVP campaign.” Yet voters haven’t warmed to Bagwell, partly because many are still swayed by overly simplistic standards like 3,000 hits and 500 homers, neither of which he has; partly because they tend to lump a lot of PED-era power hitters into the same boat and thus don’t see him as all that superior to someone like Fred McGriff; and partly because of PED murmurs that have no public proof behind them. Those whispers could make Bagwell a long shot to bump his support by more than 19 percent in two years.

That makes Raines the most likely candidate for 2017 induction. Rock finished just behind Bagwell this year with a 55 percent tally, up sharply from last year’s 46.2 percent mark. Raines is my favorite player of all time and a cause célèbre for the sabermetrics movement, so naturally I’ve lobbied for him extensively and written about him many times. Check out this excerpt from my recent Montreal Expos book, Up, Up, & Away, in which I make the case for Raines. The abridged version: Raines reached base more times than Tony Gwynn or Roberto Clemente, which effectively makes his falling short of 3,000 hits a moot point; he stole 808 bases (the highest total for anyone not in the Hall of Fame) with an 84.7 percent success rate (the highest for anyone with anywhere near as many attempts); and he was the best player in the National League for a full decade (1981-1990) by Wins Above Replacement.

In a weird way, the factor most likely to motivate voters to jump on the Raines bandwagon is time. The Hall of Fame changed the rules last year, reducing the number of years a player could stay on the ballot from 15 to 10. The obvious goal was to choke off the chances for PED cases like Bonds and Roger Clemens to build support and gain entry, but an unintended side effect was to hurt Raines more than any other player; he now has just two more years left to build support, instead of the seven he’d have if he were allowed 15 total like Jim Rice and others who hung around long enough to get in. That means Raines will need to drum up 20 percentage points in just two years, a very tough task. Other players have made bigger jumps, including Barry Larkin, who went from 51.6 percent of the vote in Year 1 on the ballot to 62.1 percent in Year 2 to making it in Year 3 with 86.4 percent.2 No one has ever gained 20 points in his final two years of eligibility, though. One of the best comps for Raines on that front is Rice, who got 63.5 percent in Year 13, 72.2 percent in Year 14, and 76.4 percent in his 15th and final year of eligibility.

Long story short, if you’re one of the 45 percent of voters who didn’t pick Raines this year, I’m coming for you:

This is a jam-packed group. Chipper Jones, one of the five best third basemen of all time, is an automatic first-ballot guy. Thome, who never suffered from the PED accusations lobbed at his peers, will get in with 600-plus homers; if he’s not a first-ballot guy, he’ll get in shortly thereafter.

After that, we’ve got a bunch of players who rank among the greatest defenders of all time and will challenge Hall voters’ tendency to fixate far more on offensive prowess than glovework (aside from the occasional exception for someone like Ozzie Smith or Veterans Committee pick Bill Mazeroski). It’s hard to see Rolen, Andruw Jones, or Vizquel ever getting in via the regular ballot system. Santana, meanwhile, was pretty clearly the best pitcher on earth for at least a couple of years, and is a better candidate than, say, Vizquel.

2018 will be Bagwell’s eighth year on the ballot, but given the loaded slate, it seems like an unlikely time for him to break through. 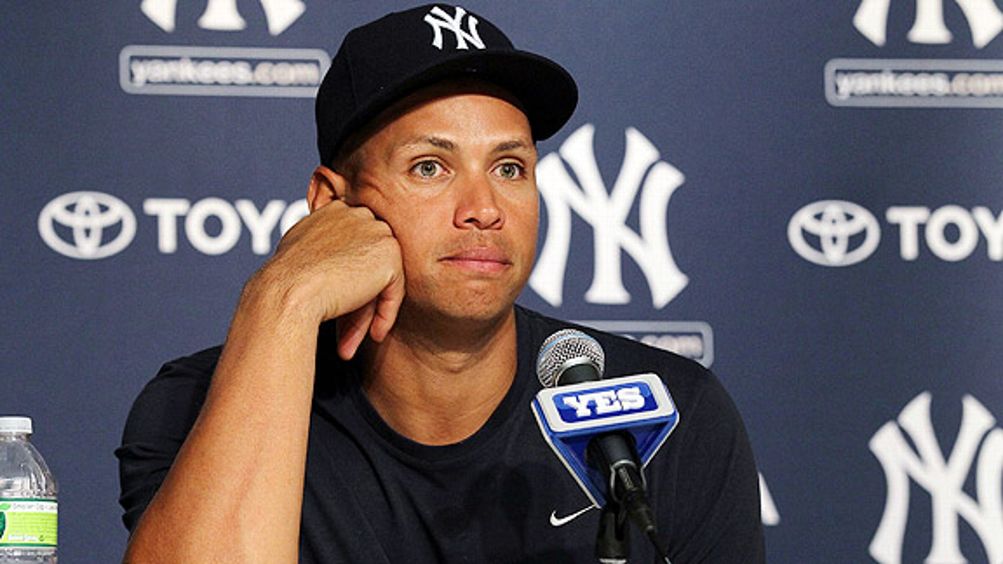 This is another incredible class of first-year guys, with players like Andy Pettitte and Lance Berkman also likely to earn a fair number of votes. Mo is a guaranteed Year 1 entrant. Halladay might also have a shot thanks to a résumé that includes Best Pitcher in Baseball status for at least a couple of years and career numbers that beat what, say, Sandy Koufax did.

And that might be it. Rodriguez is one of the 20 best players of all time, but he has no chance in hell after all the PED stuff that’s hit the fan; of course, his clock will reset if he plays again after his season-long suspension last year. Helton had a marvelous career but will be hurt by the anti–Coors Field bias that nearly knocked Larry Walker, a slightly better Hall candidate, off the ballot entirely this year. Beyond that, we’ll be looking at Year 9 for Bagwell and waiting to see how much ground low-vote Hall-worthy players like Schilling (39.2 percent this year), Mussina (24.6 percent), and Edgar Martinez (27 percent, and 2019 will be his last year on the ballot) have picked up by this point.

Picking Up the Wild-Card Pieces