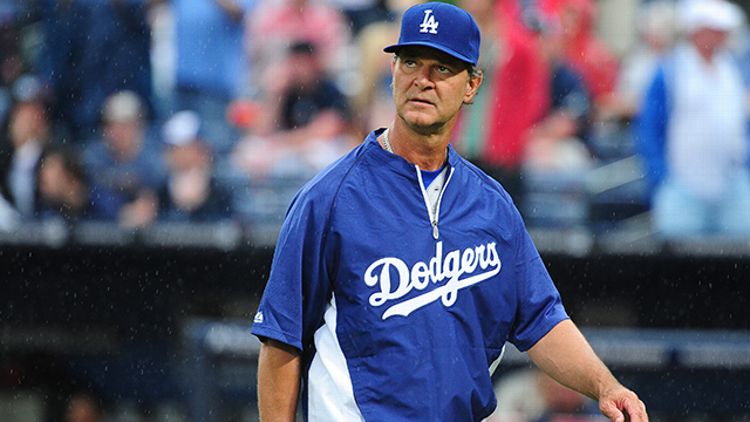 A two-game winning streak notwithstanding, the Dodgers have been terrible this year. That in itself isn’t necessarily a huge issue. Lots of teams have been terrible this year. But those other teams aren’t carrying a $216 million payroll, didn’t get bought for $2.15 billion a year ago, and didn’t come into 2013 with sky-high expectations. It’s those expectations that have put the baseball world on Don Mattingly Hot Seat Watch, with the end of his managerial tenure in L.A. likely coming soon unless the Dodgers can turn their season around.

The question is, would a Mattingly firing, especially midseason, be warranted?

Plenty of people seem eager to see it happen. The team’s last-place status aside, some of Mattingly’s decisions have contributed to losses, while others simply point to lousy process, regardless of results. We’ve reached the point with Matt Kemp where hand-waving his season away as the product of a small sample size doesn’t cut it; you have to wonder if Kemp’s shoulder injury might be wrecking his ability to produce, and if it might be time for the manager to make the tough decision to rest his star player until he’s ready and able to hit.

At least that one’s up for debate. Much odder has been Mattingly’s inability to look ahead in game situations, even if it’s just a batter or two ahead. On April 12 against the Diamondbacks, Clayton Kershaw retired the first batter in the eighth inning, trailing 1-0. He then surrendered a line-drive single to Jason Kubel, a bunt single by A.J. Pollock, and a walk to Gerardo Parra. Yet despite needing 16 pitches to get through those three batters, rolling up to 111 for the game, Mattingly was slow to react. Shawn Tolleson entered the game with the bases loaded, but only after a last-minute call to the bullpen forced him to rush through warmups. Tolleson walked the next two batters, stretching Arizona’s lead to 3-0, effectively ending the game. The next day, the Dodgers took a 6-1 lead into the seventh before Hyun-Jin Ryu allowed the first two runners of the inning to reach on singles. Again, Mattingly waited until the last minute to get a reliever up and working. After getting light-hitting Cliff Pennington looking on strike three, Ronald Belisario gave up back-to-back singles to Eric Hinske and Eric Chavez. The Dodgers would barely hold on to to win. In the series finale, Mattingly never bothered to warm anyone up as Josh Beckett ended a 0-0 tie by giving up a double, an intentional walk, and a single to lose the game in the ninth. That was just one series. Watch the Dodgers throughout this season and you’ll find numerous other examples of Mattingly failing to anticipate key moments, leading to bad results.

While some of Mattingly’s moves (and non-moves) can look especially egregious, he’s hardly alone in raising eyebrows with his decisions. Out machines Steve Lombardozzi, Zack Cozart, and Brian Dozier have all batted second for their teams multiple times this year, presumably because their managers wanted to play a prank on their fans. But the Nationals and Reds have fared better than the Dodgers and their sky-high payroll, and the talent-starved Twins aren’t far behind, so someone has to take the fall. Still, as much as Mattingly’s tactics can be maddening, GM Ned Colletti has played a far bigger role in the team’s failures. Signing human piñata Brandon League to be the team’s closer, giving pedestrian outfielder Andre Ethier a five-year, $85 million extension, trusting that the fool’s gold provided by Luis Cruz last year would translate to success in 2013 … those and many other missteps are on the general manager, not the manager.

We can play the blame game (or the far superior Hungry Hungry Hippos) all day. Here’s a different way to approach the Dodgers quandary: What actually happens when teams fire their managers in the middle of the season? Managers who get canned during the course of a season almost always do so after racking up a losing record. Managerial missteps (and small sample sizes) aside, that usually means we’re dealing with lousy teams. Still, as Elias Sports Bureau reminds us, we’ve seen managers inspire teams to greatness, others make things worse, and many make little to no difference. Here are the midseason changes that have occurred since 2003, complete with managerial results:

• Has there ever been a more successful midseason managerial change than what the Marlins pulled off in 2003? After dismantling a World Series–winning team following the 1997 season, the Fish reeled off five losing seasons in a row, and seemed destined for a sixth when Jeff Torborg guided them to a 16-22 record to start the ’03 campaign. Then a 72-year-old Jack McKeon, 30 years after making his managerial debut in the big leagues and having never guided any team to the playoffs, presided over a 75-49 finish, one that culminated in a wild-card berth and the second World Series title in franchise history. In retrospect, this may have simply been a case of young talent maturing at the right time: 23-year-old Josh Beckett matured into a front-line starting pitcher, earning World Series MVP; 21-year-old Dontrelle Willis had a huge rookie season; and 20-year-old Miguel Cabrera injected power into the lineup after getting a midseason call-up. Though it’s tough to say exactly where the players’ contributions ended and McKeon’s began, at the very least the Marlins had a manager who wasn’t afraid to trust young players in big moments.

• Though he only made it as far as the National League Championship Series, the start of Phil Garner’s tenure with the Astros was actually more successful on a straight win-loss basis than McKeon’s in South Florida. Also, possibly even more than McKeon, Garner fell into the sweetest of situations, taking over a team that had finished first or second in its division in six of the previous seven seasons, with four division titles. That Houston played just .500 ball under Jimy Williams in those first 88 games may have been something of a fluke — the talent was there, but a pedestrian record in one-run games (11-11) and a few other bad breaks hurt Williams’s cause. They went 13-7 in one-run affairs thereafter, got huge performances from Lance Berkman, Roy Oswalt, and a 41-year-old Roger Clemens, and that was that.

• Whatever voodoo Jerry Manuel pulled off with the 2008 Mets, it didn’t last long. After leading the Mets to a 55-38 record down the stretch that year and falling just a game short of the wild card, Manuel and the Mets finished a combined 16 games under .500 over the next two seasons. Given their star center fielder played just 145 combined games over those 2009 and 2010 seasons, this might be a case where you really can #BlameBeltran.

• Both Dave Trembley (15-39) and Juan Samuel (17-34) fared terribly managing the 2010 Orioles before Buck Showalter gave Baltimore some hope with a 34-23 finish. That optimism looked premature when the O’s lost 93 games the following season, but the shocking playoff run of 2012 more than made up for that pullback. This is Showalter’s fourth big league managing job, and the first time he’s joined a team in the middle of a season. Before joining the Orioles, Showalter had a reputation for running a very tight ship, a trait that can work great for a while, but seemed to wear on his players and employers over time. Though the O’s are contending again, you wonder if whoever eventually replaces Showalter might be destined for great things: Joe Torre and Bob Brenly both won World Series the year immediately following Showalter’s ouster in New York and Arizona, while the Rangers made their first two World Series after Showalter left, albeit not until four years later.

Overall, there are good reasons to make midseason switches, and also good reasons to wait until the end of a season. The biggest reason not to pull the trigger is that the best managerial candidates won’t necessarily be available in June or July. If you have a brilliant mind in your own organization who’s overdue for a promotion, it might be worth making the switch. More often you’re pondering a retread now serving as a third-base coach, someone with less to offer than the many other candidates you could interview over the winter.

But there are times when acting swiftly is the way to go. When a general manager knows he might not last much longer unless the team can turn things around, and the manager has both a terrible track record and a Twitter hashtag devoted to his shortcomings, maybe you make a move. When two of your most promising prospects fail to develop and get demoted to the minors within a span of a few days and the manager doubles down by blaming sabermetrics for some of that failure, it might be time to pull the trigger. And when you spend the GDP of a South Pacific nation on a single trade, with a $7 billion TV deal in the offing and questions about the manager’s methods swirling around the team, well, you consider it then too.