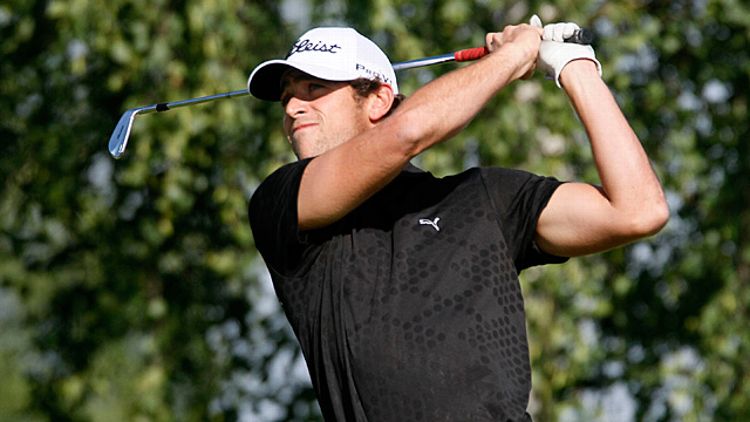 The first golf tournament I ever saw in person was The Players Championship. This was sometime in the late ’90s, I think. I was probably 12. Sorry, my records from that time are woefully incomplete. The point is, we went on a Saturday, and I have two very noteworthy recollections:

1. I saw Duffy Waldorf walking between holes, and yelled out, “Hi, Mr. Dalworf.” He was nice about it. This is still the most embarrassing spoonerism of my life.

2. When I began stalking Tiger Woods, which was almost immediately, he was finishing up a hole. He putted out, gave his caddy the putter, took the driver, and made his way to the next hole. He came within five feet of me on the cart path, and to my eternal amazement, he was holding the driver straight out in front of him and bouncing a ball as he walked. It was one of the coolest things I’d ever seen, and I became Tiger-obsessed.

That was, of course, before the iconic Nike commercial came out in 1999:


Years later, Nike re-created that video, this time with different golfers. Unfortunately, the tricky camerawork makes me think Rory McIlroy & Co. couldn’t hack it on the level of Tiger, who allegedly completed his ’99 ad in one take.

So Tiger is still the reigning king of the golf-trick video, right? Well, here comes a man named Romain Bechu. And gang, Bechu has his eyes on the throne. On Sunday, he posted what has to be the greatest trick-shot video the world has ever seen. As Kyle Porter noted on CBS, pay particular attention to the trick at the 3:03 mark that seems to utilize some sort of helmet cam:

Who is Romain Bechu? All we know for sure is that he’s French, and he played in seven events on the European Challenge Tour (second tier across the pond) from 2010 to 2012, finishing in the money just once, and earning €619.

You know what that makes him? A total street golfer. He is the golf equivalent of James “Fly” Williams, a legend who has not (yet) made the big time. Walk on any municipal golf course in France, and the people will probably tell you of the many feats of Romain Bechu, like the time he broke a flagstick by hitting it from 150 yards with a driver six straight times, or how he drinks his wine from a golf hole he stole from St Andrews.

In any case, golf-trick videos are a different breed from And1 tapes. While the latter make you want to stand up and shout, the golf variety are hypnotic and serene. They are the Enya of trick videos. Which is why they need to explode across the Internet, lulling us into a sort of mellow trance state. I’m ready for the Romain Bechu Era.