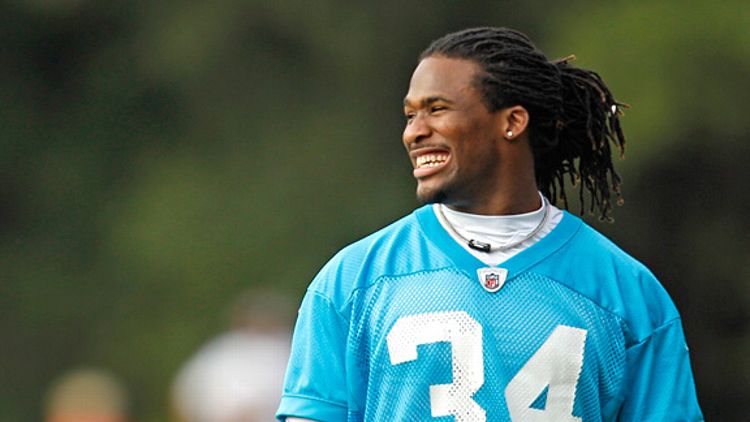 Aside from drafting and signing Cam Newton, this offseason the Carolina Panthers have focused on bringing back the nucleus of the team that was so bad they were able to draft Newton in the first place.

Carolina has spent its money and time rerecruiting its own talent. The Panthers re-signed defensive stalwarts Jon Beason and Charles Johnson, and made sure running back DeAngelo Williams didn’t take his talents anywhere else. As the old saying goes, if it’s broke you should probably fix it (that’s totally a saying). So what in the name of the ghost of Jake Delhomme is going on in Charlotte?

The Panthers, with their brain trust of general manager Marty Hurney, new coach Ron Rivera, and new offensive coordinator Rob Chudzinski, seem to be banking on a pretty simple idea: The problem with last year’s team wasn’t as much a matter of personnel as it was the system they were plugged into.

John Fox’s Carolina was a grinding, run-heavy team that relied on keeping the ball and containing opponents. Last season they stopped containing them all that well, leading to a 2-14 record and the end of Fox’s tenure with the franchise.

This season, though they’ve been relatively conservative in where they’ve looked for talent, the Panthers have been … oh fine, uncaged, in terms of how they’re trying to play.

On the offensive side of the ball, Chudzinski is doing exactly what any progressive offensive coordinator would do if he had Newton on his team. He’s using his imagination.

Plays are apparently being scripted that call for running back Williams to be a passer and quarterback Newton to be a receiver and rusher. Chudzinski is just working with what he’s got, saying, “That’s a special talent that he has. … He brings that to the table.”

Rivera was less measured in his excitement, saying, “Wow … I mean, he does some things that really light you up and get you excited.”

That attitude seems contagious, with even stoic lineman getting amped about seeing some more points on the board. Tackle Jordan Gross is already enjoying himself, saying, “I think fans will be happy to see us open up the throttle a little more … I’m not saying we’re going to score 60 points a game, but we’re sure going to try.”

The aggressive philosophy is being translated to the defensive side of the ball, too. To hear Beason tell it, the likes of Josh Freeman and Drew Brees are gonna want to keep their head on a swivel. Beason told CarolinaGrowl.com, “We’re going to be aggressive and blitz-happy and we’re going to force a quarterback to be in some uncomfortable situations. That part of it is going to be fun.”

Fun, huh? Who ever would have guessed it.

Previously from Chris Ryan:
Jay Cutler is on the Rebound
Trash Talk: The Ryan Family Business
The Kyle Orton Problem