About Last Night: U.S. Done in by Horseplay 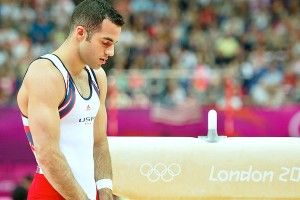