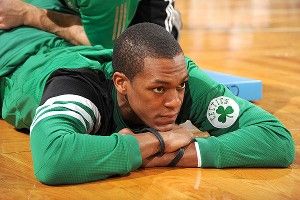 Another week draws to a close, and it’s time once again for the feature that brings a nation together: Participation Friday.

Each week, I ask you, the reader, to submit your tales of triumph and tragedy. You’ve delivered big-time over the last couple months, and gained fame and notoriety along the way.

This week, I’d like to take you back to the year 1998. Your humble narrator was a ninth-grade high school basketball player, a hard worker and a decent shooter just trying to help out his team. One frigid Adirondack morning in January, my team played a road game in a drafty gym. Our bus was late, so we barely had time to warm up, and when the game started my bones were still cold and goose bumps dotted my arms. Early in the first quarter, I got fouled driving to the basket. I shook out my arms and legs at the foul line, prepared, and shot: AIR BALL. A few laughs spread around the gym. The last time I had air-balled a foul shot was probably when I was three years old, but I told myself not to panic. “You’ll try to over-compensate this time,” I thought, “and you’ll shoot too hard. Just use the normal routine.” As I was about to shoot the second, I reminded myself not to give it too much juice. Result? A SECOND F*$%ING AIR BALL. The derisive chant bathed me in shame as I ran back down the court, wanting very much to run right out of the gym and bury my head in a snow bank.

If you haven’t guessed already, this week I’m looking for your Most Embarrassing Sports Moment. Or a friend’s, or a stranger’s. If anybody wet their pants in public during a game, you’re almost guaranteed to make the list. Send your best stories to tobaccordblues@gmail.com, and the best ones will be run on Monday. Have a great weekend.