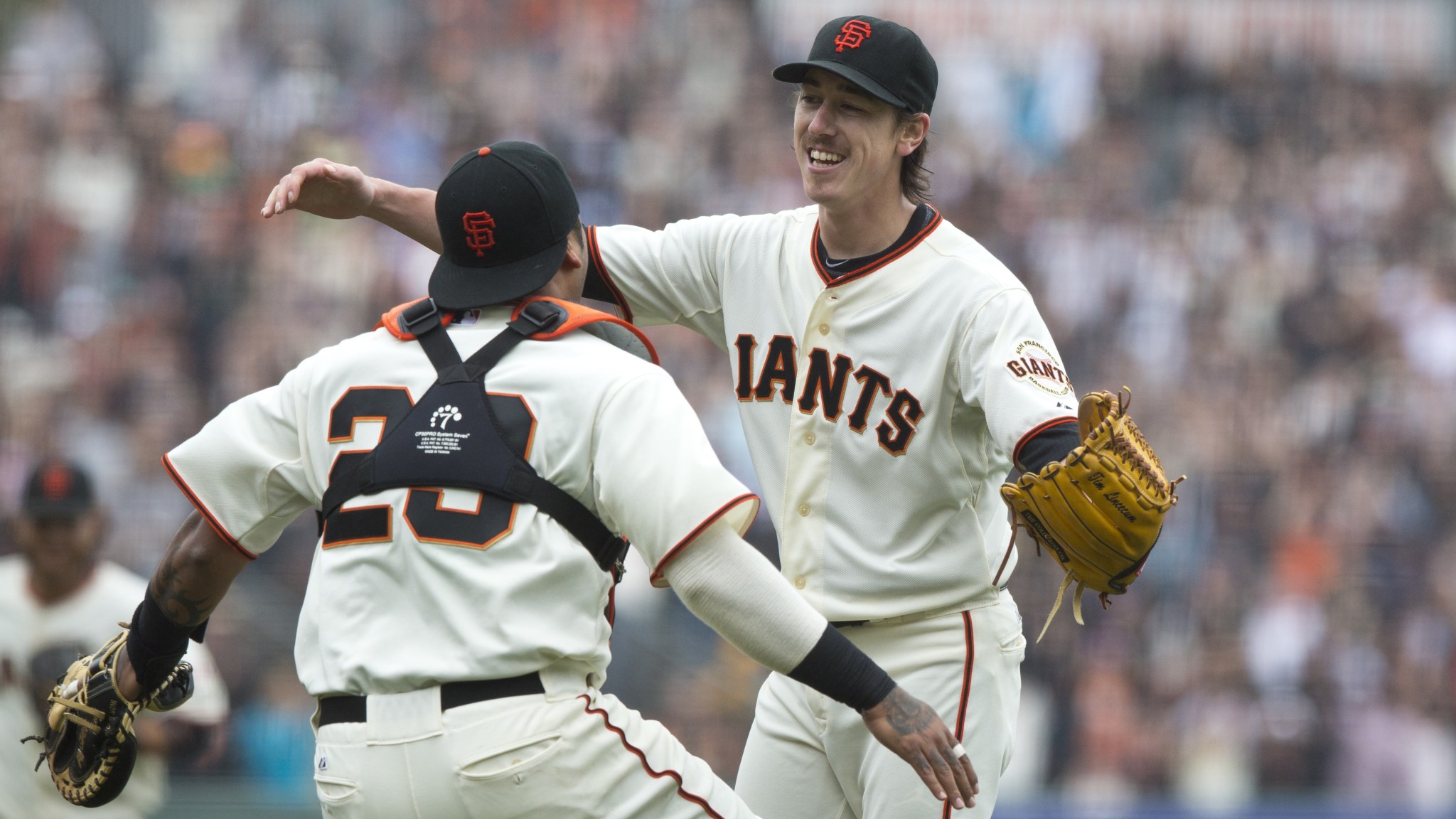 In case you were busy hipster-strutting down the beaches of Ipanema while a wild-eyed vagabond with warrants out for his arrest in 29 states destroyed a morning recap franchise, here’s what you missed in sports on Wednesday:

• Tim Lincecum threw a no-hitter against the Padres for the second time in the span of a year, striking out six in a 4-0 Giants win. “I can’t believe I got them all out!” said an excited Lincecum, referring to the Padres’ lineup. “I mean, you’re talking about legends like ‘Flimsy Wrists’ Bohanon, Wincing Bill Douglas, Salvador ‘Ojos Malos’ Mendez, the Human Tear Factory, Absalom the Coward, Blind Forrest Reeves, Achy JimJim the Third, Fingerless Frank Alonzo, Fiberglass Frank Alonzo, and of course pinch hitter Bunts McWhiff. Hard to believe.”

• Miami’s “Big Three” met Wednesday to discuss the future of the franchise at a South Beach restaurant, sources reported. As the trio entered the restaurant, however, an argument broke out, the audio of which was provided to Grantland by the source and transcribed below:

LeBron James (angry): This isn’t a fucking Denny’s, you idiot!
Chris Bosh: Then tell the waitress I want the equivalent of Moons Over My Hammy!
LeBron James: That’s the hostess! That’s not the waitress!
Chris Bosh: What’s the difference?
LeBron James: The hostess shows you to your table. She doesn’t take your order.
Dwyane Wade: I don’t need anybody to tell me how to sit.
(At this point, Wade reportedly sat down at a table with a surprised family of five.)
Dwyane Wade (to the family): I’ll take a Moons Over My Hammy too.
Chris Bosh: Why does Dwyane get five hostesses?
LeBron James: I’m leaving.

• In World Cup news, France managed a lackluster 0-0 draw against Ecuador to finish atop Group E, while Switzerland posted a 3-0 win over Honduras to leapfrog Ecuador and advance to the knockout stage. “Oh, well done! Bravo!” shouted Swiss fans, in reference to the lackluster draw.

• In Group F, Lionel Messi scored twice to lead Argentina to a 3-2 win over Nigeria, who will also advance after Bosnia and Herzegovina played spoiler in a 3-1 win against Iran. In a unanimous decision following the match, the Iranian government voted to designate Bosnia and Herzegovina a “Minor Satan,” a step below the “Great Satan” title reserved for America and the “Pretty Bad Satan” assigned to Israel, but a level above the “Probably Not Satan” category to which most other nations belong (and way higher than the “Sexy Halloween Satan” status enjoyed by Norway).

• U.S. Soccer Federation president Sunil Gulati told reporters that the national team’s five players who were born and/or developed in Germany are “no less American” despite their origins. Later in the press conference, however, Gulati went off script and called Dirk Nowitzki a “piece of lederhosen-wearing trash” who “has no business in the NBA” and “makes a mockery of the nation.”

• Sources report that Carmelo Anthony will visit the Mavericks, Rockets, and Bulls after July 1, but that he doesn’t have a favorite yet. “I wouldn’t count out a certain team that plays in a certain Garden,” said Knicks owner James Dolan, seemingly unaware that Anthony currently plays for his team. “I think when a certain player visits a certain city for the first time, there will be certain perks he’ll find rather alluring.” Dolan then reached into his suit jacket and pulled out the latest JD & the Straight Shot album, That Ol’ Penis Groove.

• John Norwood went 3-for-3 and hit the game-winning home run in the eighth inning as Vanderbilt topped Virginia 3-2 to win the College World Series. The loss set off an ugly scene in Charlottesville, where UVa students rioted through the night by setting fires. (UPDATE: The aforementioned “riots” were actually part of an annual UVa undergraduate tradition called “The Burning of the Poor,” and were not connected to the baseball game. Our apologies.)

• Seventh-ranked David Ferrer was ousted in five sets at Wimbledon by qualifier Andrey Kuznetsov, while Novak Djokovic and Andy Murray advanced to the third round. “I will miss beating my good friend David in the quarterfinals,” said Rafa Nadal, who thought he was being nice.

• In the women’s draw, Venus Williams survived a slow start to defeat Japan’s Kurumi Nara in straight sets and advance to the third round, though Victoria Azarenka wasn’t so lucky, falling to Bojana Jovanovski in three sets. Interestingly enough, Jovanovski is the subject of the confusing song “Racket Time With Miss Bojangles,” the fifth track on the new JD & the Straight Shot album, That Ol’ Penis Groove.

Bill and Jalen’s 2014 NBA Mock Draft: The Cavs Should Trade the First Pick!