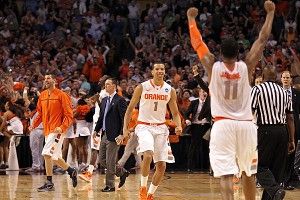 In case you missed it, Participation Friday has been re-branded as “Reader’s Revenge,” where you, the reader, send in stories on a weekly topic. You can read the top 15 from this week here (“Most Fireable Offenses”), and there’s a box in that post with a link to all the old installments. Next week’s topic is “Worst Encounters With an Animal.” As always, the story can be about you or someone you know, and anonymity is allowed if you want it. Send your tales to tobaccordblues@gmail.com by Sunday night, and you might see your name in print on Monday. Have a great weekend.