About Last Night: A Minor Dose of Madness 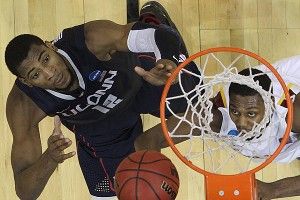 So, for those who missed it, Participation Friday is now called “Reader’s Revenge,” and it has its own post! This week, I’m asking for your Most Fireable Offense. Mine was probably when my workmates and I, all “environmental technicians” (janitors) at a private university, organized a nap system that let us sleep til noon in empty dorms.

As usual, your story can be about you, your friend, someone you know, etc. I have a feeling a lot of folks will be choosing to go anonymous on this one, which is totally allowed. Send your best stories to tobaccordblues@gmail.com, and perhaps you’ll experience a moment of pure elation when you see your name in print come Monday. Have a great weekend.

PUT YOUR HANDS UP, Ohio State!