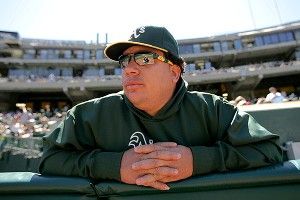 [I cross my arms and smile knowingly as the “About Last Night” theme music comes up — “I Think I Love You” by David Cassidy — and the camera zooms out slowly to reveal a set with sunshine and clouds, while famous athletes dash out from the wings and we all dance and then Barry Bonds does that hilarious hold-your-nose swim move and we all break down laughing.]

The Designated Player: An Introduction to Our New MLS Column