College Football Identity Crisis: Does Anyone Want to Coach Wisconsin, You Guys? 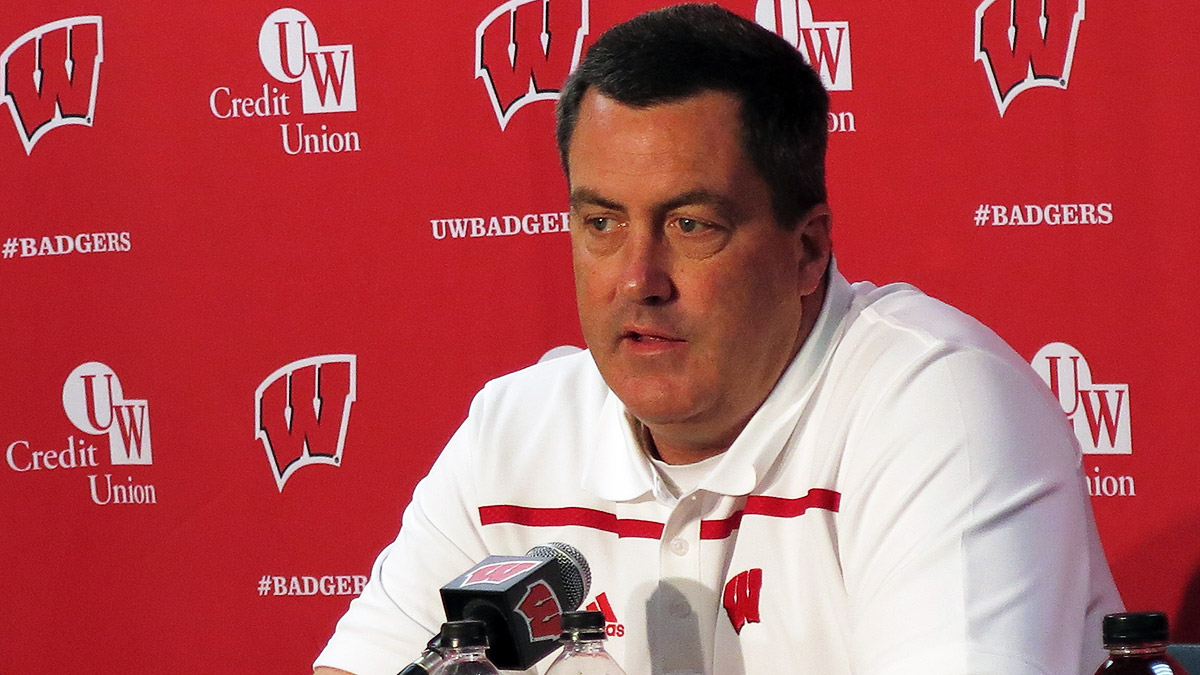 The marching band’s drum major, clad in red and white, always high-steps across the field to start the halftime show; the student section always shakes the bleachers to House of Pain’s “Jump Around” before the fourth quarter; and coach turned athletic director Barry Alvarez always stalks the sidelines.

In recent seasons, however, Alvarez’s consistent presence has stood in stark contrast to the team’s revolving door of head coaches. Alvarez, the winningest and longest-tenured coach in Badgers history, viewed Madison as a “destination” and fought to build up the program that he so valued. But Wisconsin hasn’t been a destination for the coaches he’s recruited since taking over as athletic director.

Bret Bielema, who took over the program in 2006, enjoyed more success in his seven seasons than just about any Wisconsin coach other than Alvarez, bringing the Badgers to three consecutive Rose Bowl appearances1 and never suffering through a losing season. He also opened the door that’s been spinning ever since: Just as fans began to think that Bielema could be the Badgers’ next long-term success story, he shocked Wisconsin by bolting for Arkansas, citing the SEC’s superior postseason prospects and money for assistant coaches.

Gary Andersen took over in 2013, fresh off four years at Utah State in which he led the Aggies to their first winning seasons since 1996. While Wisconsin stayed consistently successful under his tutelage, Andersen wasn’t around long enough for fans to get attached: He shipped off to Oregon State after just two seasons in Madison, continuing the shocking trend of Wisconsin bosses making seemingly lateral or backward moves amid successful runs in the Big Ten. Despite publicly applauding Wisconsin’s academics when he took over the job, Andersen chalked up his exit to steep admission standards that inhibited his recruiting.2 For the second time in three seasons, Alvarez was forced to coach the Badgers in a bowl game.

Enter Paul Chryst, a Madison native and former Wisconsin quarterback who served as the team’s offensive coordinator from 2005 to 20113 before leaving to accept his first head-coaching job, at Pitt. Chryst wasn’t a flashy hire, but he might be the guy to finally bring the revolving door to a halt.

Chryst can be a calming presence in more ways than one: The longtime offensive assistant possesses the skill set to improve the team’s passing game and balance the offense, both of which will need to happen quickly if Wisconsin hopes to compete with the likes of defending champion Ohio State and Jim Harbaugh’s refurbished Michigan. Chryst inherits fifth-year senior quarterback Joel Stave, but Stave’s experience doesn’t necessarily promise consistent results: After losing the starting job out of camp last year, Stave developed a case of the “yips” and didn’t see the field during the first four games; he eventually found his groove and helped propel Wisconsin to seven straight wins, but he posted a relatively unimpressive 113.2 passer rating, and Wisconsin’s passing attack ranked 12th out of 14 Big Ten teams. The Badgers thrived thanks to the top ground game in the conference, with Heisman finalist Melvin Gordon averaging 184.8 rush yards per game, best in the FBS. Despite that absurdly high bar, the rushing attack shouldn’t lose more than a step this season, as new starter Corey Clement managed nearly 70 yards per game (and nine rushing touchdowns) in backup duty last season and looks poised for a star turn.

Chryst also has plenty to work with on the defensive side of the ball, where Wisconsin ranked second in the conference in total D in 2014, allowing less than 300 yards per game, and gave up the second-fewest points per contest. (Let’s all consider the team’s 59-0 loss to Ohio State in the Big Ten championship an outlier stemming from the machine that is Cardale Jones, shall we?) If the offense can find a balance behind newfound consistency for Stave and newfound stardom for Clement, Wisconsin should be a factor in the Big Ten race in 2015.

Then the question will become whether Wisconsin can find coaching permanence to pair with that on-field performance. Alvarez established a winning tradition at Wisconsin and has continued that legacy as athletic director. The Badgers have recruited well, enjoyed great on-field success, and filled their stadium to the brim each and every Saturday. But coaching stability has been the one tradition Alvarez hasn’t been able to control. Chryst fits the system, has a personal relationship with Alvarez, coached for the school in the past, and, as an alum, appreciates the team’s history and rituals. If he can win, and if he decides that Wisconsin is his destination rather than a stop along the way to something else, he could bring the program’s coaching carousel to a halt.

If he doesn’t, all the loyal fans packing Camp Randall may start singing “Jump Around” for entirely different reasons.