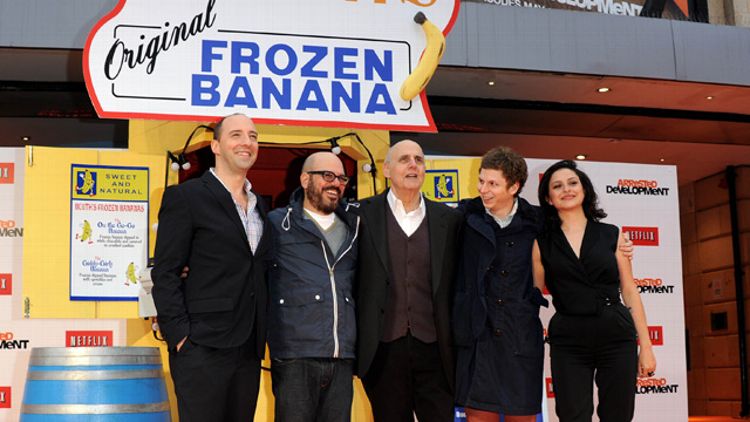 Well, maybe. After ratcheting up the excitement meter for the already salivated-over return of Arrested Development by pointing out that pulling together the cast was such a herculean task that this was almost certainly a one-and-done deal, Netflix has just gone ahead and — totally changed its mind. I mean, it still might take a while, and then never actually happen. But the vibe is in the air.

As Variety reports, “Sources close to the situation emphasized that there are no active negotiations at present between Netflix and studio 20th Century Fox TV for a new round of episodes. But both sides expect a renewal to come together eventually given the success of the 15-episode revival that bowed in May.” What success, exactly? Well, Netflix doesn’t release its viewing numbers, a fairly shrewd move when you think about it. (Basically, if it tells us a show was a huge success, we’re gonna have to go ahead and take its word on it.) AD had the added cachet of being unmissable, mushrooming, if sheer press coverage is to be trusted, from its original TV-nerd fan base to, seemingly, every human alive. (I don’t know about, say, people in the south of Cambodia specifically, but I assume they got their fair share of the Bluths.) And all Netflix would add about this theoretical second season? That they’re “interested in doing another season of ‘Arrested Development’ if it is logistically possible.” And if it is — if all attending players wriggle out of their other gigs for long enough — then the episodes would shoot next summer.

Afternoon Links: The Sharknado Trailer Reminds You Tornados Full of Sharks Will Be on Your TV Tonight