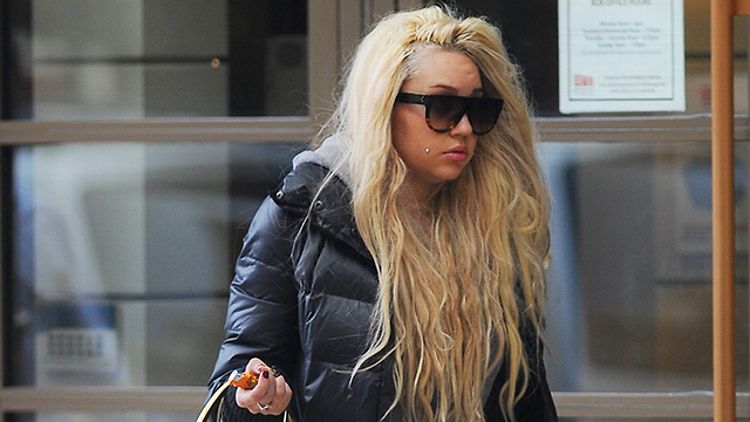 The Amanda Bynes Meltdown, which had been screeching along all fine and dandy with cheek piercings and head shavings and vagina-murder-by-Drake requests, reached its inevitable bum-out low point last night. Sweet ’Manda got arrested. In her own apartment. For throwing a bong out the window.

TMZ reports: “A building official called police after spotting Amanda in the lobby with a joint, acting erratically and talking to herself. We’re told when cops arrived they knocked at her door and she let them in … when police saw the bong Amanda quickly tossed it out the window … which fortunately didn’t hit anyone on the street below. Amanda, who was wearing a platinum blonde wig, was placed under arrest and went ballistic, yelling, ‘Don’t you know who I am?'” Ahh, the “Don’t you know who I am?” move. Truly, a classic. But it was funnier when it was Reese Witherspoon, non–mentally troubled working-actress, yelling it, huh?

Bynes was charged with criminal possession of pot, reckless endangerment, and felony tampering with evidence, then taken in for a psychiatric evaluation. As of TMZ’s latest update, she’s now in a holding cell, waiting for the judge. Not a pleasant evening, to be sure. On the plus side: She’s probably made some new best friends. Overnight in a holding cell? That’s quality time.

Anyway, hopefully the psychiatric evaluation, or the shock of the arrest, will help Bynes find the kind of support she needs. As this super-depressing perp walk suggests, Bynes wouldn’t mind some help.

Meanwhile, she’ll contemplate the actions of this anonymous building official who called the cops. “Tell me, Mr. Building Official,” she might write, in the letter to the co-op board that’s she’s already formulating in her head, “why is it that rattin’s at an all-time high?”