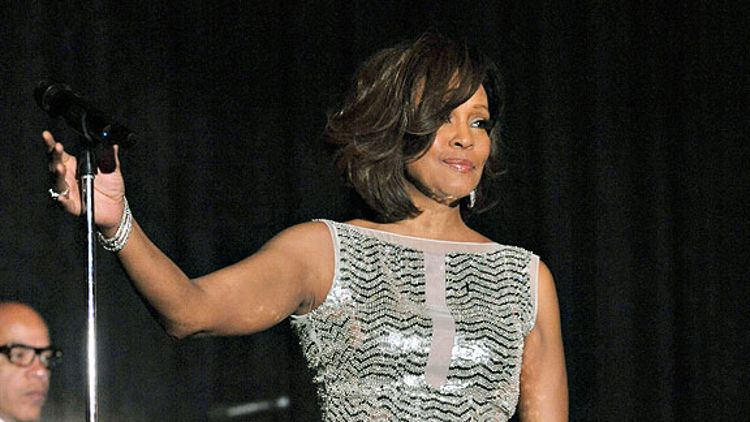 Whitney Houston is attached to a remake of the 1976 movie Sparkle, which would be her first role since 1996’s The Preacher’s Wife. Set in sixties Detroit, the flick will trace the trajectory of three sisters who go from singing in their church choir to girl-group stardom, and the damage the rise does to the family’s relationships. Jordin Sparks, in her cinematic debut, will play the group’s titular front woman. On the off chance Jordin’s musical commitments pull her away from the project, though, the producers have already booked a suitable backup: Spark’s fellow Idol winner, Taylor Hicks. Grade: B+ [Variety]

Highlander’s getting remade, with Spanish director Juan Carlos Fresnadillo (best known around these parts for 28 Weeks Later) taking the reins. The original, from 1986, told the tale of an immortal swordsman from Scotland battling dudes to the death. Details of the new version are sparse, but our source on the inside has heavily hinted that this time the Highlander will be even more totally badass. Grade: B+ [HR]

Jim Belushi’s long-awaited return to the field of good natured family comedies is here: You Won’t Even Know I’m Here, from Murphy Brown creator Diane English, has landed at ABC. Belushi will star as the father of a teenage daughter whose relationship is affected by an as-of-yet undisclosed “unique situation.” We realize this is a long shot, but it’d be cool if this mysterious situation involved a high-stakes jai alai tournament. Grade: C- [Deadline]

Scrubs creator Bill Lawrence has landed a new show at Fox that revolves around a father-son relationship and is inspired by his own experiences with his children, much the same way that his current ABC show Cougar Town is based on his actual experiences with cougar towns. Grade: B [Deadline]

Game of Throne’s Nikolaj Coster-Waldau will star in Mama alongside Jessica Chastain. The two will play a couple that takes in their newly discovered young nephews and nieces — who had been living in the woods for five years — only to have some supernatural force appear and hunt the children down. Considering the elements of this movie thus far made clear, it’s safe to say the part about living in the woods will not, unfortunately, involve a Bernstein Bears tree house. Grade: B [HR]

Michael Ovitz is executive producing Tom Clancy’s Homeland Security, about a group of intelligence agents doing work around the world, for TNT. The pertinent question here: do you think Tom Clancy hangs out with Tyler Perry and Tim Burton and all the other awesome people who get to put their names in the titles of their things? Grade: C [HR]