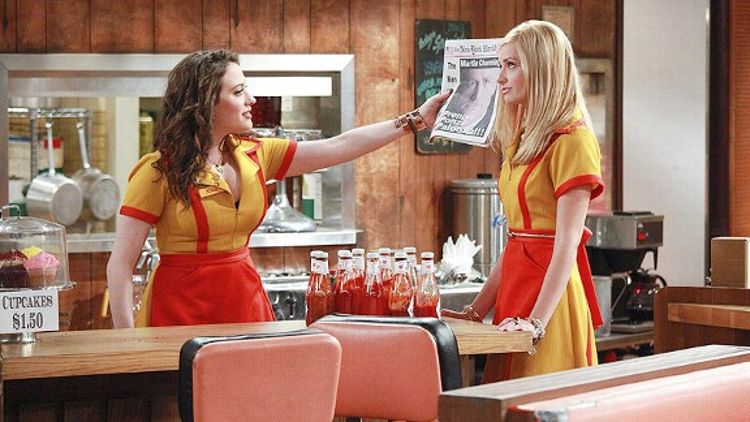 This morning, Grantland brought to your attention All-Americans, a upcoming sitcom co-created by Will Sasso and in development at Fox. The pitch, courtesy the Hollywood Reporter: “A half-hour multi camera comedy that centers on a patriotic and conservative Army Ranger [who] comes home after serving 10 years in the Middle East to find that in the last decade, his brother (the only family he has left) has turned into a liberal, skinny-jeans–wearing, anti-establishment street artist who lives in a hipster neighborhood.” Hipster-bashing? How on-trend!

This season, 2 Broke Girls brought hipster-hating to CBS. The show’s main characters, Max and Caroline, live and work in Williamsburg and they do not appreciate the neighborhood’s overflow of young creative types. They’re not the only ones. As Vulture has pointed out, “If Mike [Tim Allen on Last Man Standing], Whitney [of Whitney], and Max were all stuck in a room together, they might get along: They all hate hipsters, hate fake tans, and think men have become too emo.” People have been hating on “hipsters” for at least a decade now and network television is finally catching up.

The problem is, though, that 2 Broke Girls‘s hipster-bashing is painfully inept. For example, there was this exchange between Max and a rude customer:

Rude customer: “I wear a knit hat when it’s cold out.”
Max: “You wear knit hats because of Coldplay.”

(“No one in Williamsburg has admitted to liking Coldplay in roughly seven years” – Business Insider).

More recently, there were lines like this (via L Magazine), from an episode in which Max and Catherine find themselves in possession of a horse:

“Hipsters in Williamsburg will pay anything if it makes them feel like they’re ‘in’ on something new that no one else knows about. All you need’s a gimmick … We have something that’s better than an eighties disco party. We have a horse… If we throw a big enough party and charge hipsters for horse rides, we could pay off your student loan.”

Now, All-Americans seems poised to continue the trend with more toothless hipster-haranguing. A burly former soldier knocking his effete brother for having artsy inclinations? That doesn’t sound like very good hipster-bashing! So while New Girl’s Zooey Deschanel — all quirks and eccentric glasses — is winning hearts and minds for hipsters, 2 Broke Girls,, All Americans, Whitney, and the rest of their ilk will be working to undermine the anti-hipster movement. From the Huffington Post’s 2 Broke Girls review: “Heck, even hipsters deserve better.”