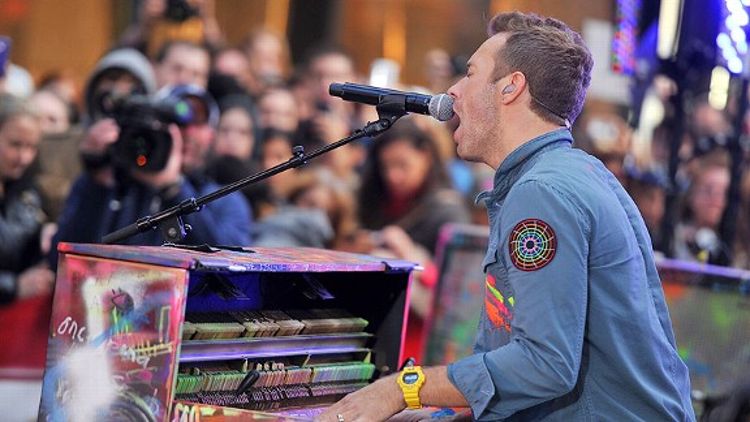 Coldplay is the band that everyone allegedly hates, but nevertheless is still one of the most popular in the world. Sometimes I try to imagine the audience that’s able to enjoy Coldplay without having to think about the group’s critical brand in the marketplace. Middle Americans? British people? People who drive cars with leather interiors? People who haven’t yet started listening to indie music to fulfill their emotional needs? A listener can’t properly analyze a new Coldplay album without first coming to terms with his or her own relationship with the band.

Coldplay came to market in 2000 with the album Parachutes as a ‘You Oughta Know’ nineties-style buzzband from the magical land of England. It helped that alternative-rock fans were more willing to let bands provide with emotional album experiences back then. That was before Zach Braff’s Garden State soundtrack made us all feel silly for believing that music was a unique, personal experience.

Coldplay was so successful that their aesthetic was poorly replicated by many other piano-based soft-rock bands. By the time 2005’s X & Y came out, it began to feel like Coldplay themselves had become an awkward imitation of how they were supposed to sound. With every new Coldplay album comes a new iteration of their brand. It is usually judged based on how we already feel about Coldplay. We hate them for ‘being too Coldplay,’ but then laugh at them when they try to ‘not be Coldplay.’

The general critical consensus for Coldplay’s new album Mylo Xyloto is that it’s a ‘pleasant surprise.’ I think this basically means it’s ‘not as bad’ as we’d expect a Coldplay album to sound. They do their best to ‘stay Coldplay,’ but also sound generically progressive. The album also has songs that are ‘overtly trying’ to be commercially successful, like “Princess of China” featuring Rihanna. You can already tell which songs will be used for ‘end of season’ sports montages and which ones will provide the background music for ‘save the date’ videos.

One thing that separates Coldplay from traditional top-tier arena-rock bands is that they still have ‘artistic ambition,’ which is a quality that usually drives small-time indie rockers to pursue 10.0s on Pitchfork. Maybe the modern arena-rock bands feel pressure to have a zeitgeist-y sound now that the Arcade Fire has entered the race for ‘biggest band in the world.’ Utilizing Brian Eno as a producer for another album probably put the band into a comfort zone where they felt like they were ‘making art’ as opposed to making songs only to be sold on iTunes and make them rich and famous. This is probably confusing for people who just want to enjoy the classic Coldplay formula. If ‘everyone hates them anyway,’ why don’t they just keep writing songs that sound like “Clocks” and “The Scientist”?

Coldplay aren’t ashamed to be popular and are always up for the challenge of writing songs that can fill stadiums, even if they sometimes sound like a loud, colorful whimper. In interviews, the band is generally conscious of their public perception, and have been able to move their career forward without being obsessed with creating a singular album that converts ‘the haters.’ Coldplay were able to successfully ‘scale their brand’ better than any band in the past decade. It has to be applauded, especially when you think about how a group like the Kings of Leon ‘imploded’ when they tried to scale their sound and audience. Although it is universally accepted that “Coldplay sucks,” they never really had a massive disaster of an album experience. It’s always going to be Chris Martin prancing around on stage while Johnny Buckland does a ‘poor man’s’ impression of the Edge.

If you don’t hate Coldplay, it’s probably because you have an emotional connection to their early material. Now, fans just hope the band can write songs that will help them rediscover the way they felt when they first heard Chris Martin’s voice. I wonder if it’s even possible to write a song like “Yellow” in the modern pop-rock climate. Mylo Xyloto is ultimately another successful Coldplay album because it is just ‘Coldplay enough’ to both please their fans and give their haters more solid material to mock.