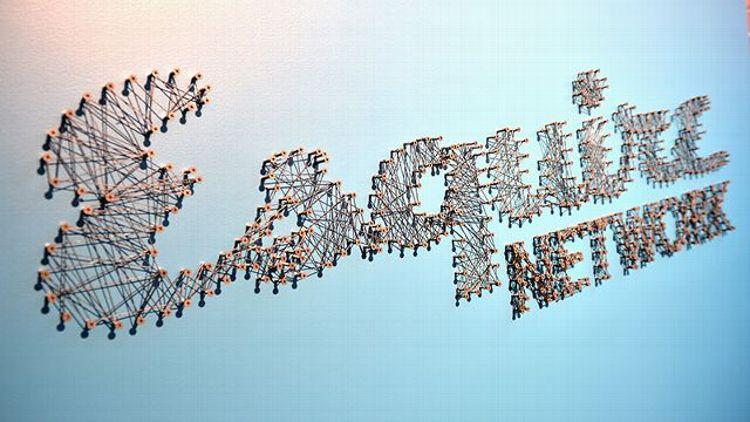 The purpose of a television network is to curate a cohesive grouping of shows that appeal to a specific target market and to profit from said market. A network identifies a set of common interests within a demographic and attempts to retain audience loyalty with a unified offering of content. Theoretically, television networks are built so that a demographic might enjoy that content. However, cable networks like Bravo, MTV, E!, and TLC have transformed into widely watched reality networks capable of holding the attention span of a broad demographic without actually curating a lifestyle in an enriching way.

After the launch of Esquire Network, I’ve been forced to ask myself if I actually enjoy watching television, or if the entire process is actually just hateful marveling at flawed personalities, serving as an everlasting representation of our “crumbling society.” I have been trained to think that all reality-style programming is beneath me, but it is an indulgence I require in order to stay connected to popular culture. Since all television networks generally exist to marginalize niche interests into formulaic content with the purpose of creating a target market, it has actually become easier for networks to make programs that people love to hate. Reality television shows on cable were not designed to be loved. Now most of the popular cable television networks are not actually a reflection of their target market, but instead a slaughterhouse populated with reality television personalities.

Esquire Network exists to challenge the idea that men only care about watching sports and action movies. Instead, there are men out there who care about living a culturally enriched life filled with traveling, style, cooking, craft beer, mixology, and other authentic interests that distance the modern man from the failed metrosexual era.

Does the modern man even have a go-to channel on television?

The concept of the “modern man” is laughable to most aging bros who who have finally accepted a more modest, less fussed-over definition of masculinity. Males have turned to the Internet for the majority of their cultural consumption and even their commerce, as men’s magazines have slowly become irrelevant fodder for suckers in airports. Besides watching sports or streaming seasons of critically acclaimed shows, the Educated Male doesn’t really have a lifestyle program made specifically for him. Over the past decade, the modern man has had to be adaptable: sensitive enough to watch female-oriented programming and confident enough to provide snarky commentary, all in the name of courtship or cohabitation. Besides watching socially acceptable narrative dramas, casual television watching required yuppie men to watch programming that wasn’t actually targeted at them.

The “modern man” is built to laugh at the way television networks marginalize a demographic’s interests. Teens, tweens, women, and the simple people who watch CBS have all been deconstructed into demographics. Esquire Network aims directly for a market that may not be mentally prepared to enjoy something without any qualifiers.

I blame Bravo for creating the void in the “modern male” cable television–watching identity. We consume the network with the same sinister grin as Andy Cohen, which is unfortunately a very fun way to watch television. Bravo was originally launched to focus on film and the performing arts, before it found its original programming niche. After the early success of Queer Eye for the Straight Guy, the network learned a system for fabricating a self-contained celebrity culture on the strength of the Real Housewives series, high-end dating shows, Top Chef, and Jeff Lewis home improvement programs. Quality time with females for most men requires formulating strong opinions on the personalities in the world of Bravo, E!, or Oxygen.

Esquire Network is certainly at an advantage under the NBC Universal Comcast umbrella. Most networks endure a murky formative stage marked by old movies, reruns of defunct shows, and flashes of untested original content; however, Esquire Network started differently, with a stronger schedule of original programming.

The most interesting is Knife Fight, where you’ll see Season 2 Top Chef winner Ilan Hall hosting the edgiest cooking competition on television. Knife Fight highlights specific ingredients and directly contextualizes the fame behind celebrity chefs. The show has more of a process-oriented approach to cooking that most reality cooking competitions just don’t have time to present; the focus on those shows is typically on personalities, rarely the actual food. All the original programming on Esquire Network is surprisingly information-rich and doesn’t try to leverage viewers with stunts and gimmicks.

There is an approachability in the visual motif of Esquire Network’s original programming, which has the same high-gloss, HD-look that most of its target market has been trained to understand by watching reality shows on Bravo and Oxygen, quirky NBC comedies, and USA Network dramedies. The same famous people who would appear on Watch What Happens Live in an effort to come across as a “chill, real person” basically have a green light to star in at least one episode of their own Esquire Network show as viewers familiarize themselves with the network brand.

The Getaway, produced by Anthony Bourdain, basically turns your favorite trend-wave celeb into Bourdain for an hour. It funds the vacation of a buzzworthy celebrity like Aziz Ansari or Joel McHale so we can see what trendy travelers would do “off the grid” of a city or region, as opposed to what generic tourists who watch Guy Fieri would do. So much for hate-watching a fat dude with blond highlights eat fried food. Instead, we get to watch Ansari try snake soup in Hong Kong and make relevant, comedic cultural commentary about the American identity abroad.

Brew Dogs, a show about regional craft beer brewing is so casual and informational that it possibly gives craft beer drinkers too much knowledge, which will probably make their conversations about hoppiness even more insufferable. All that’s missing right now is Say Yes to the #Menswear and Real Cool Dads of Austin. Eventually forays into other pillars of modern cable television networks, such as remodeling and interior design, real estate, global and political awareness, and snarky Internet trend coverage will likely come.

After years of hate-watching popular shows that barely even appeal to me, it is very disorienting to watch programming that adequately supplements my lifestyle. Should the marginalization of my core interests as a “modern man” send me into a panic mode about being part of a defined demographic? Even if men add Esquire Network programs to their DVR with the intent of hate-watching them later, this learned behavior will eventually be unlearned. In time, Esquire Network will allow men to spend less time watching shows that we don’t actually enjoy and appreciate the simple joys of demographic marginalization.

Do You Like Prince Movies? Podcast: Kanye and Machete Kills