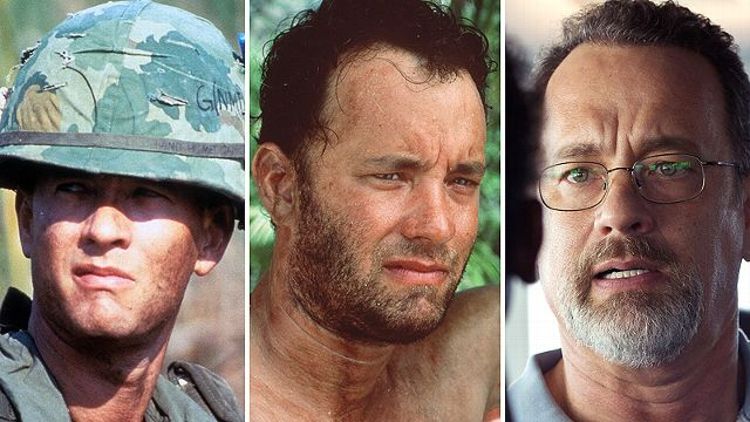 When you think of an Alabama-born idiot savant astronaut slowly dying of AIDS with a volleyball best friend named Wilson, who comes to mind? Over the last two decades, Tom Hanks has turned nearly every role into a “career-defining performance.” His sheer involvement in a project reorients the film. It’s not a movie with a story. It’s A Tom Hanks Movie. When spending time with America’s longest reigning likable everyman, you’re never lost in a Tom Hanks movie. The story will almost always be captivating, and afterward you will feel better about the human spirit (as interpreted by a white American).

This week, Hanks stars in Captain Phillips, the true story of a sea captain whose cargo ship was overtaken by Somali hijackers. Like most Tom Hanks movies, Hanks plays the role of a leader who dares to change the world by standing against an evil force despite the immediate pressures of a difficult situation. The hijackers fail to take control of the ship because Captain Phillips sacrifices himself as a hostage, which leads to his five-day captivity on a small lifeboat.

The true story isn’t without controversy. Some crewmembers aboard the Maersk Alabama claim that the real Captain Phillips sailed into unsafe waters in order to save time or money, making him responsible for putting the ship in direct danger. Others take issue with the fact that the real hijackers were mainly young teenagers, as opposed to the older men cast in the film. The movie is being brought to market as an untraditional Tom Hanks film, which actually allows Tom Hanks’s Tom Hanksiness to be even Tom Hanksier. The real Captain Ron Phillips doesn’t even call himself a hero, claiming that his memoir, which serves as an account of the hijacking, isn’t meant to be a self-promoting hero story. Instead, the media and his publisher ran with the easy-to-sell concept. Knowing this makes Captain Phillips sound less like a docudrama and more like a project awkwardly designed to wedge Hanks into a heroically Tom Hanksian role.

Captain Phillips was directed by Paul Greengrass, best known as the director of two films from the Bourne series and the man who crafted a well-respected film out of the difficult-to-tackle United 93. Most of the narrative of the Captain Phillips press tour has focused on how Hanks was taken out of his comfort zone for the picture. It required a guerilla-style method of filmmaking due to the constraints of filming on a real ship at sea. For instance, the actors who played the hijackers and Hanks’s crewmen never met before filming in order to heighten unfamiliarity between the two parties. They also used real Navy SEALs to raise the authenticity.

Despite the guerilla-style filmmaking, it is hard to tell if Hanks is really taking a risk and doing something that is truly out of his comfort zone. We usually applaud actors for taking career risks. Something seems daring about an actor taking on a role that defies type — the disabled genius scientist, the blind musician, the meth-addicted transvestite. Likewise anyone who works with a maligned filmmaker with one last shot to make it in Hollywood. Hanks’s mere presence in Captain Phillips immediately makes it obvious there is a positive resolution, because that’s what people who see Tom Hanks movies want to see.

I’m not sure if the world even considers Hanks “a great actor” anymore. He has likely transitioned into an older generation, one that we don’t judge as harshly. This explains why no one discusses Hanks’s involvement in Cloud Atlas. In general, we prefer to dedicate our bandwidth to younger male actors who are in the process of strategically navigating their careers in order to pander to critics as well as audiences. They must demonstrate their willingness to participate in edgy passion projects that show they aren’t just a one-dimensional actor looking for a payday. They can star in a wide range of dramas, comedies, war movies, tentpoles, and offbeat indie flicks. Any opportunity to lose tons of weight or make a zany cameo alongside an emerging comedy troupe is always a great move.

Great actors bind themselves to prolific directors. Robert De Niro paired with Martin Scorsese. Two decades later, Leonardo DiCaprio put most of his eggs in the Scorsese basket. Matt Damon loves Steven Soderbergh enough to play Michael Douglas’s kept boy. Even Christian Bale will likely be defined by his time as Christopher Nolan’s idea of Batman. Hanks will be remembered as Ron Howard’s vision of the wide-eyed American hero, which isn’t quite the bleak death sentence that an overwrought think piece would lead you to believe.

Hanks’s unfussy career offers a glimpse into the mind-set of the calculating actors of the generation that followed him. George Clooney, Ben Affleck, Matt Damon, DiCaprio, and anyone else handsome enough to be cast in a Danny Ocean heist movie. Each will eventually reach the end of their respective roads. No more artistic incentive to push the envelope. No more motivation for another massive payday by locking down a superhero franchise. No more wanton desire to crack the season’s Oscar scene. Instead, they will begin to involve themselves in projects that perpetuate the public’s perception of them, generating mild annual Oscar buzz before moving on to the next “prestige” enterprise.

As for Hanks, his legacy is unchangeable. Why redefine your career when you’ve already defined something that everyone likes?