No New Friends: Derrick Rose Has Returned to Destroy the NBA’s BFF Culture 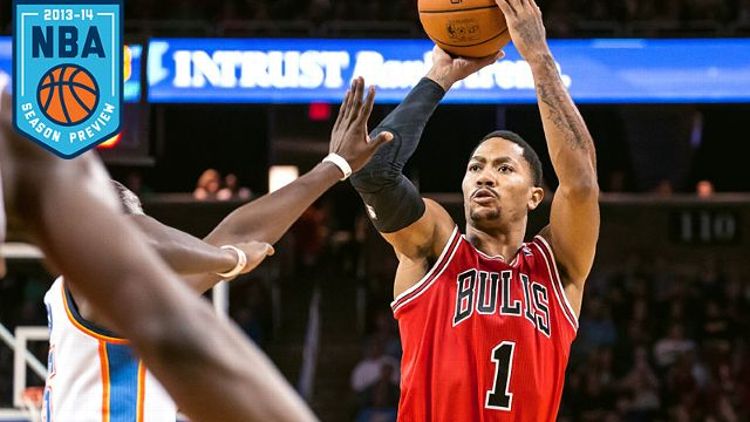 The past two NBA seasons haven’t felt right without Derrick Rose having his say. When the league’s youngest-ever MVP went down in the Bulls’ first game of their first-round series in the 2012 playoffs, the NBA immediately became an incomplete product. He was the bright future of the league, destined for, at the very least, epic annual playoff clashes with elite teams. Immediately after tearing his ACL, the Eastern Conference became less competitive, turning into a relative cakewalk for the Miami Heat. We badly missed the mere presence of Rose in a playoff series — he alone gave you enough reason to believe that the Bulls could prevail.

The return of Rose means welcoming back a player who isn’t interested in being a great player for social or cultural reasons. He doesn’t play the game with the purpose of building a global brand or finding validation by getting accepted to the “in crowd” of USA Basketball bro trips. The current generation of NBA stars often faces scrutiny from “old-timers” who claim there is too much camaraderie between players who should be rivals. Rose seems to be the last young player who has made his ultimate allegiance to his team, his family, and no new friends.

The Bulls, the league’s most “ride or die” squad, are finally relevant again. Despite their injury-plagued 2012-13 season of overachievement, Rose’s return restores their identity. The Bulls slow down every game, making every opponent play in a slugfest that they aren’t always prepared for. However, even with Rose in the lineup, the Bulls’ offense can have difficulty generating easy scoring chances. Most Bulls fans are used to watching in horror as Carlos Boozer hurls the ball at the basket while the shot clock expires. Rose’s ability to keep the offensively challenged Bulls competitive with the league’s elite further elevates our perception of his greatness.

Rose doesn’t necessarily make playing basketball look easy. With every explosive drive, sharp cut, jump into traffic, or uneven landing, you can witness the toll of the game on his body. He turns basketball into an unnatural physical exertion that tests the limits of every muscle and ligament in his body. This makes his style of play admirable, but it probably isn’t sustainable. The post-injury phase of Rose’s career will hopefully see him learn to do more while exerting less, particularly in regular-season games. Becoming an NBA veteran is a process of rationing energy, preparing to empty the tank in the playoffs.

The start of the Bulls’ season will feel like a honeymoon, but eventually the same questions about the construction of their team will present themselves. The Bulls and their star point guard still have the same interconnected flaws. Do the Bulls depend on Rose’s ability to perform the impossible, or is it Rose who subconsciously wants to take down every team’s Big Three by himself? Eventually, coach Tom Thibodeau shouldn’t have to make more with less.

Last season, Rose’s brother and manager, Reggie, made headlines when he said the Bulls hadn’t made enough significant personnel moves to motivate his brother to return by season’s end. Without the realistic opportunity to win a championship, there wasn’t an incentive for Derrick Rose to return to the lineup. Even if Rose returned, he probably wouldn’t be physically prepared to take on the superhuman workload that was required to shoulder the offensive responsibilities of the team. Reggie Rose was stating the obvious, but it was also a good move for the Bulls not to take on any additional payroll for a throwaway season.

It was difficult to watch the chatter about Derrick Rose’s return marginalized into an NBA narrative during last season’s playoffs. Despite being a predictable talking point for Chicago media, Rose never seems to want attention for anything that isn’t a byproduct of winning. Everyone turned into an armchair surgeon, declaring how long it should take a professional athlete to recover from ACL surgery, with Adrian Peterson as the new benchmark. It was all really indicative of how badly we wanted Rose back. His presence in the Eastern Conference gave us reason to believe that the conference didn’t belong to LeBron.

Rose and the Bulls are still figuring out how to maintain the core of their team, while significantly upgrading their offensive weaponry. The Bulls are still considered incomplete by some. Even if Rose got a high-quality complementary scoring threat, would he even know how to depend on the relief? Thibodeau has apparently implemented more Spurs-like offensive sets this season, promoting creativity, ball movement, and the facilitation of open shots. It is too early to tell if the Bulls have the players to make this offense a reality, or if it will eventually just return to the “Please bail us out, Derrick” offense.

There are rumors Rose has added a 3-pointer to his game during his rehabilitation. If his revamped stroke manifests itself during games, it means defenders will have to honor him as a 3-point shooter. Instead of watching defenders sag into the lane to throw another body in the way of Rose’s impending drive, he will see more lanes for shooting, passing, and attacking the basket. It’s just one more step to becoming unguardable.

In just more than a season, Rose has had a long time to watch the NBA evolve without him. These days, we can’t imagine anyone but LeBron James or Kevin Durant winning the league’s Most Valuable Player award. Chris Paul is regarded as the league’s top point guard. Players like Stephen Curry, Paul George, and Kawhi Leonard have all made well-publicized “leaps” — but none are on Rose’s level. The Miami Heat are somehow perceived as more invincible than ever. But he doesn’t embrace these figures. He has no friends and no enemies. Just targets. Derrick Rose was missed because he embraces his role as a rival to destroy everything we feel comfortable believing about the state of the NBA.