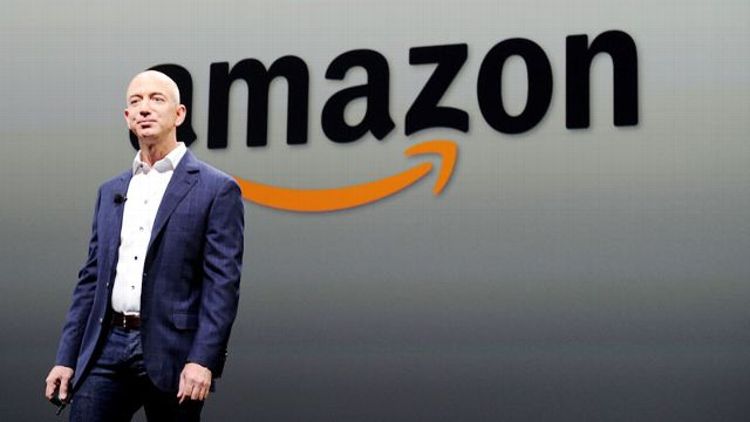 The unveiling of Amazon’s drone delivery program on 60 Minutes was one of the greatest prime-time advertorials of all time. Since we no longer have the attention span to sit through a 30-second commercial, the best way for companies to reach consumers is to mask their advertising as premium, shareable content. Amazon founder, CEO, and really, really rich human Jeff Bezos granted “unprecedented access” to his company to Charlie Rose and a 60 Minutes crew for a Sunday-night feature conveniently wedged between Black Friday and Cyber Monday. While the segment generally covered the multiple components of Amazon’s business, it was the introduction of the drone delivery prototype that supplied the most buzz for the company. Once again, Amazon proved itself capable of wrangling the attention of the media hype cycle.

Amazon Prime Air sounds charming enough for impatient online shoppers. According to Bezos, a small, unmanned drone would leave an Amazon fulfillment center and drop off your product at your doorstep shortly after you placed your order. The drones would operate only within a 10-mile radius of Amazon fulfillment centers. The maximum weight these drones can carry is about five pounds, but that would apparently cover at least 86 percent of all Amazon deliveries. Bezos was optimistic about it but noncommittal, saying the program couldn’t launch until at least 2015.

The alleged drone program was great for day-after Internet buzz, essentially launching a viral video that tapped into the perpetual awe and fear that robots will eventually steal our jobs and enslave the human race. We are obsessed with drones because they are the first modern “robot” that reasonably replaces inefficient humans for everyday tasks. Drones are in their infancy of mass societal impact, currently associated with war and surveillance, but their role in commerce is inevitable. Instead of having a pizza roll around in the back of some dude’s Honda Civic for 20 minutes, drones are the dream that can eliminate the cost of labor priced into your product. They are speed and efficiency with none of the human error.

All this coverage arrived without actually committing to the launch of a technologically and logistically complicated project that raises flags about safety, surveillance, and the regulation of airspace. Since this is just a prototype, there will be no scrutiny of elevated expectations. Snarky bloggers cannot reasonably wait for a drone to crash into a school playground. There will be no product reviews that say the drone “didn’t actually land on their doorstep,” which made the buyer wish they had just used good old-fashioned UPS.

So, did we actually learn anything new about Amazon, other than that it has a drone prototype and a well-packaged viral video to explain how it all would work?

In a way, yes. The theme of the segment was filled with undertones of disruption. Amazon isn’t just another business trying to make money — it’s a technology company seeking ways to change how physical products are sold by innovating at every phase of the sale. From inventory management to creating shipping efficiencies, Amazon has shaken up every supplier and seller of physical goods by challenging the idea that their products are unique, or that any customer could have a better experience elsewhere. Amazon continues to grow in scale to a point that no one can beat its margins, bringing it to the Walmart zone of “everything store” backlash. After this glorified drone commercial, Amazon isn’t just a company that sells things on the Internet for cheaper than you can buy them “in real life,” but a forward-thinking company looking to change the world.

Amazon fulfillment centers have become more controversial as they continue to open on the peripheries of highly populated communities around the country. Workers’ rights groups and suburban communities once fought against Walmart invading their towns, employing their residents for low wages, and shutting down small local businesses unable to compete with international retailers. As Amazon continues to expand its physical footprint, the speculation about the work life and conditions inside the fulfillment centers is naturally on the rise. On the surface, Amazon simply supplies a community more jobs. But as Amazon grows, employees are actually teaming up with the company to kill off every inefficient local business.

Whenever a business grows to a massive scale, the employment of the lowest tier of laborers can be contextualized as “enslavement” if the business’s disruption isn’t societally approved. Amazon cannot go the way of Walmart, which is viewed as an unfair monopoly with a stranglehold on lower-class employment. Much like we view Starbucks baristas as being “upwardly mobile service industry members,” questions about the company’s goals, products, or services must be reflected in the treatment of their lowest tier of laborers. Every employee must be humanized in the company that is moving toward drone deployment.

Amazon’s 60 Minutes segment emphasizes that it is a company in the business of innovation, just like Apple, Samsung, Facebook, or any other trendy consumer technology operation. Turn your head away from the consequences associated with the cost of innovation as we all move into a better future together.

Technology companies frame those who fear or resist change as irrational people who cannot accept the inevitability of progress. There is something that resembles a branded, coded philanthropic mission behind most technology companies, utilizing corporate-speak about enriching the human experience by empowering us as informed consumers. Don’t be a bummer and focus on the negative effects of a business taking advantage of the changing world; focus on the company’s bigger ideas.

Amazon can unveil its commercial drone program because it is a technology company, attempting to disrupt the inefficient shipping services of today, which are wasting resources on fuel while they pollute the Earth with their big, brown trucks. Imagine the backlash against UPS if it unveiled a brown drone aimed at reducing its workforce. Drone shipping actually made “shopping for everything” on the Internet seem a little bit more normal. Ordering daily household items traditionally found in brick-and-mortar stores and having those products delivered by a human is officially old-fashioned. Any “future-fearing” backlash against the death of physical stores or physical shipping services can take comfort in the right now.

One of the more interesting concepts Jeff Bezos briefly explored was the acceptance of the idea that all businesses will someday die. Eventually, they will become unnecessary, irrelevant, or inefficient if they don’t build a model around the inevitability of the future changing everything. The drone delivery marketing push was a well-executed viral project and opened a discussion about the future of consumer norms. Drones will inevitably play a role in the delivery of mass-market consumer goods, and Amazon will forever be credited as the disruptive imagineer that challenged the inefficient shipping industry. It can do this because technology companies are the only brands with global ambition that consumers will allow to be disruptive.