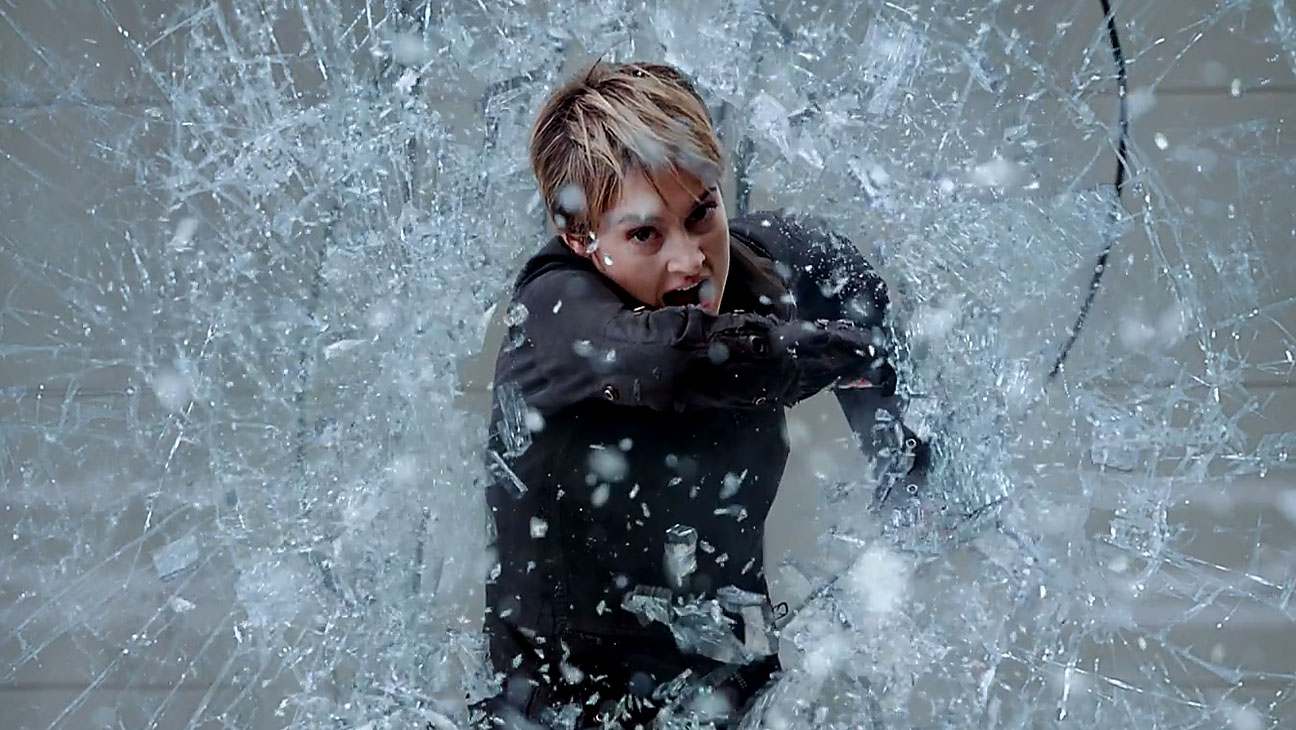 Do you feel it? The poppies are blooming (or cooking); the snow is, if not melting, at least abating; and the first blockbusters are starting to bust blocks: Spring is here! And that means the studios are opening the tentpole floodgates, hoping to drown 2015 in cash. Last week saw Disney’s princess-powered live-action Cinderella swamp the competition; this week, it was YA fiction’s turn with Insurgent, the next installment in the Hunger Games knockoff Divergent series.

But don’t flee to your multiplex ark just yet. The top 10 films this weekend couldn’t quite keep pace with last year at the domestic box office — they were down 10 percent compared with 2014 — so the floods were less biblical than just traffic-clogging. Let’s see who’s winning and losing as the weekend’s box office waters recede.

Winner: The Sisterhood of the Early Spring Blockbusters

The no. 1 film Insurgent led the way at the North American box office with $54 million, and yet some are kvetching that it opened 1 percent below Divergent’s debut last year. True, Insurgent cost a chunk more ($110 million versus $85 million), and it benefited from a 3-D ticket premium. But I take it as a sign of how fully the pendulum has swung toward the female moviegoer of late that folks feel justified grousing that Insurgent is something of a disappointment box office–wise. Clearly, after Cinderella’s knockout punch last weekend, analysts have reset their expectations. Ponder that a moment: The same implicit high standards that used to apply to Tom Cruise are now being heaped on Shailene Woodley after The Fault in Our Stars. Hell, Tom Cruise starred in one of 2014’s best films and even he couldn’t open it to Insurgent numbers. Folks, Insurgent opened to $101 million worldwide, which T.C. would kill for these days. Chill out and be happy.

Meanwhile, Cinderella continued its spree at the box office. Kenneth Branagh’s costume-stravaganza dropped a respectable 49 percent, earning $34.5 million for no. 2 at the domestic box office. That gives it $122 million domestic so far, but Cindy’s worldwide total is the real eye-popper here: $253 million. This is a film whose lead is best known Stateside for her work on PBS. In fact, Cinderella is such a juggernaut, it’s also the reason Insurgent came in below expectations. When you have two girl-oriented films vying in one weekend for the title of Fairest Blockbuster of Them All — and taking in over twice as much as the rest of the top 10 combined — sisterhood truly has won the weekend at the multiplex.

First, Johnny Depp implodes, then Liam Neeson can barely run till sundown, and now Sean Penn’s biceps have proven too puny to vault The Gunman into anything resembling success, even with an assist from Taken’s very own Pierre Morel. Guys, seriously: I’ll run out of digital ink if you make me keep writing about how the male megastar is going the way of the woolly mammoth. At this point, the only way for aging A-list hunks to sell tickets anymore will be as museum skeletons next to a diorama charting the mysterious extinction of the species. Not to put too blunt a point on it, but yes, Gunman bombed, opening to $5 million domestic and fourth place at the box office this weekend. That’s well below even the modest $8 million hopes for it and, on a $40 million budget, financier StudioCanal should feel the sting, even if those guys are pros at managing the international returns to cover their losses. Still, Sean Penn: Asskicker is in no danger of becoming a thing.

Of course, the caveat in all of this remains that Kingsman: The Secret Service continues to gather up spare change over a month after its initial release, staying in the top five with $4.6 million added to its $114.5 million domestic total. Again, the numbers are even better abroad: By the end of next weekend, it almost certainly will pass $300 million worldwide. To paraphrase Unbreakable Kimmy Schmidt’s Logan, everything just sounds better with a British accent. If you doubt that, go see Kingsman and watch how Colin Firth’s posh tenor makes mass murder go down just so much easier.

Last year, God’s Not Dead opened this weekend to a surprising $9.2 million on its way to $60 million. This year, the same folks opened Do You Believe? to a less hallelujah-provoking $4 million at no. 6. Coming on top of Moms’ Night Out and Persecuted, this “Crash for the Christian movie going fans” won’t set the world on fire, though it probably didn’t cost much to begin with.

The burgeoning start of blockbuster season means there’s little left over for the art house these days. Indiewire’s look at the new specialty releases this weekend says it all: No one could break a $15,000-per-theater average, which means tepid comedies such as the Al Pacino–starring Danny Collins and critically adored oddballs like Kumiko, the Treasure Hunter alike will dog-paddle for theatrical dollars before heading to the living room. The big exception, however, is It Follows, whose special brand of artful STD horror has done so well ($576,275 in two weekends of very limited release) that distributor Radius-TWC actually shelved its on-demand plans. Instead, the company is experimenting with the wild distribution scheme of putting It Follows into actual theaters before releasing it on VOD. That’s right, folks, you heard it here first: Movie theaters are the new iPad.

Songs of the Week: Earl Sweatshirt's Got Grief, James Murphy Used to Dance, and Tobias Jesso Jr. Goes It Alone

‘The Andy Greenwald Podcast’: The Cast of ‘Looking’ Discusses the Season Finale