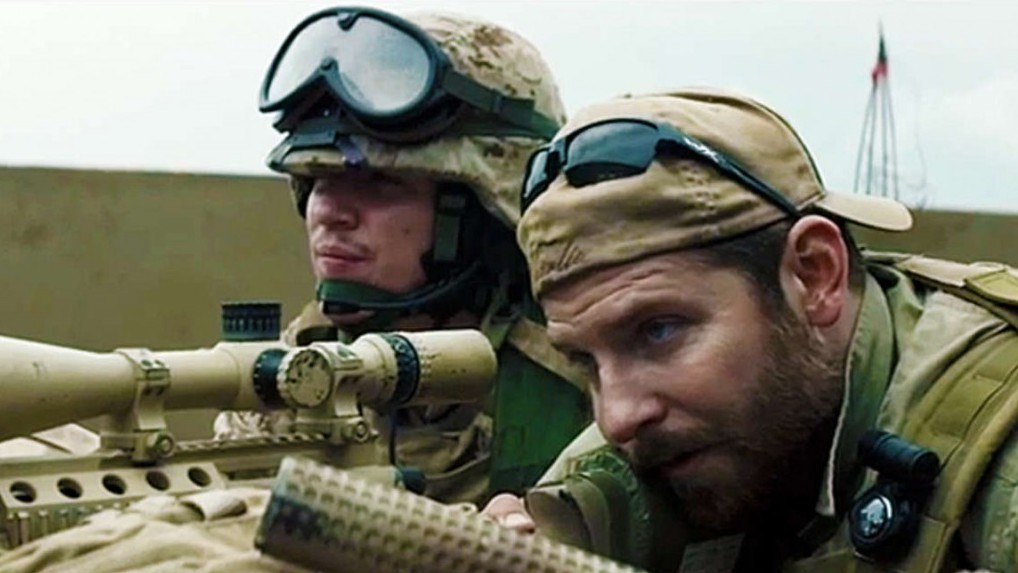 “HOLY SHIT!” said pretty much everyone who watched the box office this weekend. Who are we to disagree: American Sniper, which has been incinerating four theaters in New York and Los Angeles since Christmas, finally went wide, and what it did to the box office made Indy–New England look like a mercy killing. Normally, I’d play coy and withhold figures until the breakdown below, but here it is: $90.2 million domestic box office over the weekend — not including the Martin Luther King Jr. holiday.

Yes, those are Guardians of the Galaxy numbers. Incidentally, Sniper earned more in its first three days of wide release than The Hobbit: The Battle of the Five Armies did over its extended, five-plus-day holiday season opening. Sure, there were other movies this weekend, but American Sniper pretty much single-handedly boosted the domestic box office 13 percent over last year’s actually-pretty-strong January. In fact, American Sniper made so much goddamned money that Rentrak’s Paul Dergarabedian did the box office analyst’s equivalent of dropping the mic: “If this is going to end up as the first $11 billion year in history, it’s going to be because of weekends like this and unexpected performances like American Sniper.” Do I even need to say it? Just for proper form:

Let’s keep blowing minds: Not only did American Sniper make more than $90 million this weekend, posting returns that even franchise sequels dream of, it has another day of box office plundering to go thanks to today’s holiday. If estimates hold, Sniper should grab $105 million domestic over the four-day frame. And just to remind you, this is January, the graveyard of the release calendar, where studios send unwanted films to die. (In fairness, the January box office often turns up one or two pleasant surprises, like Lone Survivor last year or Cloverfield in 2008.) But yes, American Sniper earns the title of biggest January opening of all time — its $30.5 million Friday is the single biggest day for any January movie ever. It didn’t just beat the previous record holder, Kevin Hart’s Ride Along, it more than doubled Ride Along’s take ($41 million over the weekend; $48 million including the holiday).

But as Forbes points out, that’s just the start: American Sniper is the second-biggest R-rated debut of all time, after only The Matrix Reloaded’s $91 million. Holy shit again. By the way, it’s also the biggest opening weekend for a Best Picture nominee ever. (Which puts to bed all those think pieces about how little money the Best Picture nominees have made. Time to retire that old Gravity factoid from your Oscar griping.) Hell, we can keep going: Forbes also says that if you consider American Sniper a straight drama, it’s the biggest drama opening of all time, ahead of even The Passion of the Christ’s $83 million; it’s the eighth-biggest debut for a non-sequel/prequel/franchise title; and it’s the 40th-biggest opening weekend of all time. And now for the cherry — since American Sniper cost less than $60 million to make, it should be turning a profit right about [checks watch] … now.

All of this leads to the burning question: How in god’s name? Granted, American Sniper has been setting indie records with its limited release for a while now, and Warner Bros. was confident it had a hit on its hands, but the boldest projections didn’t dare to imagine more than a $57 million opening — even when you consider the ticket price boost it got from a last-minute IMAX conversion. Honestly, even $40 million would’ve merited a touchdown dance. For one, The Hollywood Reporter theorizes that Sniper played like a real-life superhero movie: It hit the same exact demographics as fanboy bait. Second, as Deadline points out, you can credit Warner Bros. with a perfectly run marketing game. While the age of social media makes it harder for studios to sneak outright stinkers past us, the lightning-fast pace of good word of mouth can help films really catch fire. And your views on Iraq aside, American Sniper’s teaser was something to behold. There’s a reason Marvel now gives us teasers for its teasers: trailers remain the most powerful tool a film marketer has, and a well-cut trailer is priceless. Remember how you had no idea what Guardians of the Galaxy was, let alone whether you wanted to see it, until that first trailer landed? I rest my case.

But the biggest reason for Sniper’s windfall probably has something to do with that tiny segment of land that exists between New York and L.A. known as “the rest of the country.” You can run numbers and analysis all you want, but at a certain point with outlier phenomena like Sniper you have no choice but to resort to fuzzy speculation. Maybe with some distance from the Iraq war, the American audience is ready to watch it on the big screen. (Maybe the same cultural tectonics that turned Phil Klay’s Redeployment into a National Book Award winner are at work here.) Add in a dash of Oscar-nominating approval and you have the perfectly stoked flames of awareness for an audience that doesn’t always make it to the movies but is dying to go if you give them a reason. Hollywood analysts act shocked whenever an out-of-right-field film like Passion or Sniper comes along and cleans up, but the truth is Hollywood rarely makes a film that sincerely speaks to that audience. (Again, Scott Mendelson at Forbes saliently points out that critically acclaimed movies about people in Middle America that actually can be seen there amount to event films in their own rights.) Moreover, given that Hollywood presents us these days with a false choice between obscure, arty prestige pics and big franchise event films, audiences in both red states and blue states are dying for something — anything — different.

His penchant for speaking to chairs aside, Clint Eastwood is in pretty good shape for an 84-year-old filmmaker. I haven’t confirmed it, but American Sniper probably counts as the biggest opening weekend by the oldest director ever — it’s far and away Eastwood’s best, leaving Gran Torino’s $29.5 million in the dust. And American Sniper brings his Oscar count to 11 nominations and four wins. It’s not like we needed this to confirm Eastwood as the master of existential violence, but it’s a good excuse to remember just how good he can be.

Even if American Sniper’s assassin bullets and flag-waving gets your liberal arts bile up, everyone agrees Cooper has done it again as Chris Kyle. On top of back-to-back-to-back Best Actor nominations, Cooper’s even breaking records on Broadway in The Elephant Man. Hell, he made Joe Biden cry. But most impressive, Cooper is on his way to beating his own record with American Sniper: It should end up as the largest four-day R-rated opening ever, topping The Hangover Part II. Take that in for a second: A Best Picture nominee beat a Hangover sequel. So, yes, it seems Bradley Cooper is indeed the smartest star in Hollywood.

OK, now that I got carpal tunnel typing in slack-jawed wonder about American Sniper‘s success, there were other movies this weekend, even some new releases. Kevin Hart’s The Wedding Ringer made $21 million over the weekend ($25 million projected by MLK Day); Paddington made $19.2 million and could beat The Wedding Ringer for the holiday weekend if it has a great MLK Day; Taken 3 dropped pretty hard, but what did you expect; and Selma got a little Oscar boost to the tune of $8.3 million for the weekend and probably $10.3 million over the holiday as a whole. Everyone’s happy!

Well, not everyone. The one big casualty of American Sniper’s bonanza — and it’s a gruesome casualty — is Michael Mann’s hunky-hacker shoot-’em-up Blackhat. Actually, casualty is too polite. Blackhat got destroyed at the box office: $4 million from 2,567 theaters over the weekend. That’s far and away the worst of Michael Mann’s illustrious, if uneven, career; and on a $70 million budget, Universal’s going to take a bath in red ink on this one. Yes, they can pray to the Gods of Global Box Office and hope Chris Hemsworth’s international sex appeal helps them out worldwide, but you also have to wonder if the risible casting of Hemsworth as the sex-addict Fabio of the MIT hacker set was worth it. On the bright side, at least all the crowing about Sniper should drown out the embarrassing cries for help of yet another movie great stumbling down the black hole of trying to make hacking seem cinematic.