Anatomy of a Deal: Kawhi Leonard for George Hill 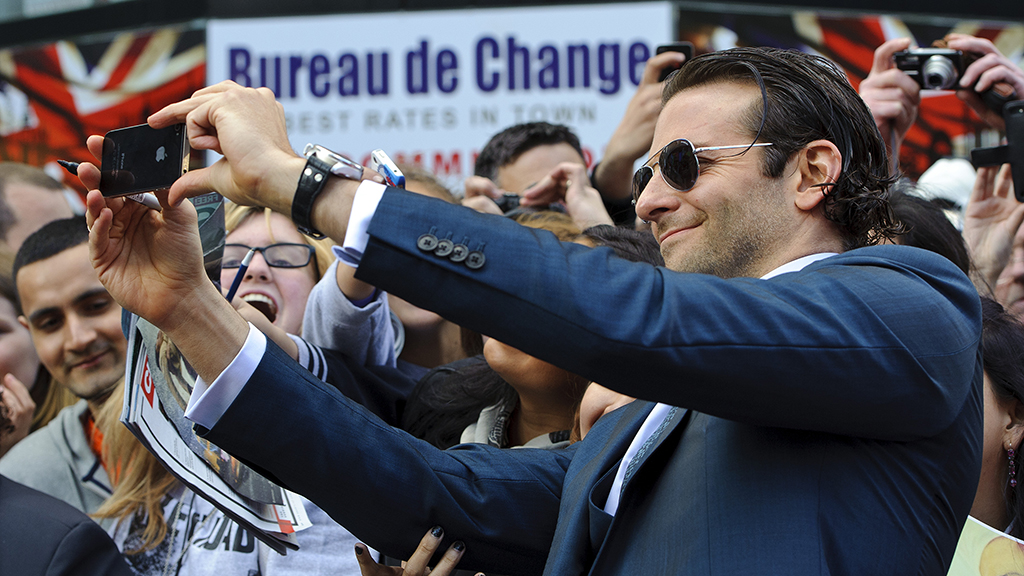 T   he Hangover Part III is an illegitimate movie — the kind of unplanned thing that’s conceived when a studio balance sheet has unprotected sex with an available release date. The first two movies in the series felt like they were drenched in an off-brand body spray made of testosterone, smugness, and rage; this one is duller, more middle-aged, and feels strangely uninterested in itself. It revisits touchstones of the previous two movies — Vegas, drugs, bro banter, gay panic, Ken Jeong’s penis — like a guy who thinks he can find something he lost by retracing his steps. (Strangely, that strategy, the main and effective plot mechanism of the first two movies, is abandoned this time out.) Along with seemingly every film opening right now, it is billed as the end of a trilogy1 — a word that should probably not be deployed for anything that doesn’t involve hobbits, Batman, or the annual earned income of George Lucas.2 The label is particularly egregious in this case because, despite the WTF marketing designation “the Wolfpack Trilogy” (that’s a thing?), the latest Hangover is exactly what most Part 3s are: a feature-length exploration of the interface of rising costs and (judging by the numbers) swiftly diminishing returns.

The Hangover Part III is also the worst possible showcase, at the worst possible moment, for its biggest rising star. If you are Bradley Cooper and you just broke through with your first Academy Award nomination, this is exactly the kind of movie you don’t want as your follow-up — a paycheck gig (he reportedly received $15 million to make himself available for a hasty two-month shoot last fall) in a role that exhibits to a large yet pre-disappointed audience exactly the overfamiliar set of slick-douche characteristics they all just finished congratulating you for moving beyond. Cooper hits his marks in the movie with a kind of cooperative, businesslike … I don’t know what to call it but polite efficiency. He’s too much of a trouper to act like he’s slumming, but he knows there’s absolutely nothing in his third visit to this aviator-frames-and-suntan shell of a character to throw himself into (I was shocked to realize that, about an hour into the movie, I couldn’t even remember the name of the guy he was playing).

And yet, it doesn’t matter. Because in terms of career management, Cooper has, in the last year, emerged as one of the only youngish leading men outside the Affleck-Clooney-Damon-Ocean’s orbit who knows exactly how to maximize his opportunities. The series of professional decisions Cooper has made since entering the Silver Linings Playbook phase of his career add up to a giant insurance policy: a plan to broaden his appeal, move forward as an actor, and stay so busy that he will never even have to hear the pitch for a movie with the words “Part IV” in the title. His current schedule is a perfect demonstration of how to use a single unexpectedly large success to trade up. To wit:

Box checked off: The reunion. Formerly titled American Bullshit, informally known as David O. Russell’s Abscam project, a.k.a. the movie with a ridiculously great cast (Robert De Niro, Christian Bale, Jennifer Lawrence, Jeremy Renner, Amy Adams, Louis C.K.!), this film alone ticks off several boxes in the post-Playbook playbook: It’s an act of loyalty to the director and actress who helped him get to the big show, an implicit declaration of modesty (despite these ridiculously blue eyes, I am willing to submerge myself in an ensemble), and a willingness to go ugly (OK, maybe Cooper never gets all the way to ugly, but take a look at the perm and try not to wince).

Risk factor: It could suck. But if it does, Russell probably gets the blame.

Box checked off: The return to romantic comedy. Here’s the strange thing about Cooper’s breakthrough: At 38, he’s a tiny bit old for it. That’s not a deal-breaker — it certainly wasn’t for Clooney — but it does mean he doesn’t have an infinite amount of time until the phrase “middle-aged” starts to get thrown around. This is, therefore, the moment to bank another romantic-comedy drama — right before directors start to say that how old you look is “something we can take care of in post.” Crowe’s track record is uneven, and when he misses, he misses excruciatingly, but over the years, he’s done nicely by Tom Cruise, Matt Damon, Billy Crudup, and John Cusack. I know, Elizabethtown, but still: When he wants you to star in his movie, it is, on balance, a chance worth taking.

Risk factor: The movie’s leading lady, Emma Stone, is 14 years younger. The fresher-faced your costar, the older you look (one of the reasons Jennifer Lawrence won her Silver Linings Oscar was because she managed to play older and make her 16-year gap with Cooper look less creepy-adjacent than it was). But since we have no idea what the plot of Crowe’s movie is, this might not be an issue. Maybe Stone is playing Cooper’s slightly older wife’s daughter or something! (In the saner, Earth-2 version of Hollywood that will never exist.)

Box checked off: The passion project. The grim story of the late Navy SEAL Christopher Kyle will mark Cooper’s debut as a hands-on producer, and will also pair him with Steven Spielberg (if you can’t win the Best Actor Oscar, the next best thing is probably working with the guy who directed the guy who beat you). Plus, it’s potentially great material that should shore up Cooper’s appeal to men in exactly the same way the Crowe movie should work for women.

Risk factor: This is Cooper’s baby, and by no definition an ensemble piece. He chose the project; if it doesn’t work, he gets the black eye. 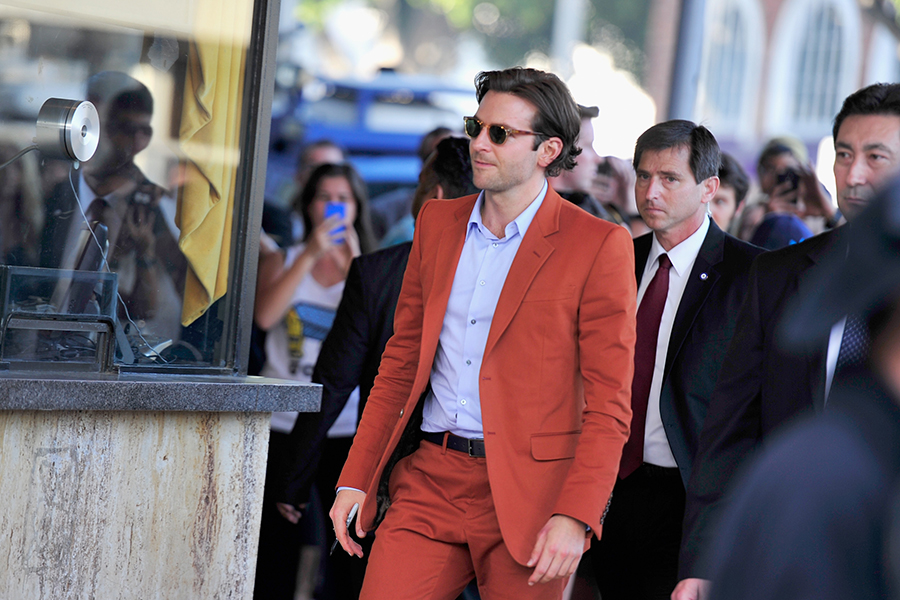 Box checked off: Unfinished business. Several years ago, when Cooper was still a well-liked journeyman whom network executives believed could carry a series, he starred as Anthony (renamed “Jack”) Bourdain in Kitchen Confidential, a single-camera comedy about a talented, wired chef that ran for four episodes before Fox pulled it. And it was pretty good — an unexpectedly sharp, killed-too-soon showcase for Cooper’s ability to play funny/sexy/fast-mouthed/angry/cokey (see also Limitless; or just catch up with the whole 13-episode run on Hulu). Now that you know who he is and actually care, he’s gonna do it again, in a feature directed by August: Osage County‘s John Wells that should work beautifully as a performance showcase …

Risk factor: … unless it feels like a return to overfamiliar ground, especially since Robert Downey Jr. and Jon Favreau are currently putting together a similar film.

Box checked off: Indie cred. Yes, technically, the Weinstein Company’s Silver Linings Playbook was an indie, but when Harvey spends enough money to fund an entire Sundance dramatic-competition slate on For Your Consideration ads, it’s hard to claim you’re bucking the Hollywood system. Serena, which opens September 27, is different: It’s a true outside-the-system indie, a drama set in the Depression, that has been in the can for a while now and will probably be seen by more people on VOD than in theaters. It costars Jennifer Lawrence (again, loyalty) and it’s based on a much-admired novel. For a star on Cooper’s ascendant track, doing a tiny movie like this says that his presence, by definition, can make something small into something bigger. It is, perversely, an assertion of stardom wrapped in a cloak of indifference to stardom.

Jane Got a Gun

Box checked off: Dodged bullet. Sometimes the best decision a star can make is the one to walk away, as Cooper did from this Natalie Portman project, which is destined to be referred to as “troubled” for the rest of recorded history. From what I can make out, Cooper was committed to costar in the film for about four weeks in April. He would have replaced Jude Law, who replaced Joel Edgerton, who moved over to a different part when Michael Fassbender dropped out; four weeks later, when Cooper dropped out, he copped to the fact that he hadn’t thought through his schedule, and offered generous praise for his replacement, Ewan McGregor.

There are many lessons here for a rising star: Don’t say yes to everything you’re offered in the heat of your Oscar moment; stay far away from movies that make you feel that you’re one of a bunch of interchangeable names typed under the heading “blond, nice teeth, speaks English” on a casting director’s list (a point I made here); treat every role with the kind of attention and prep time you gave to the best part you ever had; when you make a mistake, own it. Cooper aced this one; in movies, you sometimes regret the things you don’t do, but not often.

Risk factor: Purely theoretical: If, on February 22, 2015, Cooper is at home watching McGregor collect an Oscar, then maybe he’ll kick himself. Nobody else will remember.

Box checked off: The bird in the hand. Bernard Pomerance’s 1979 play about the grotesquely deformed John Merrick has long been irresistible to good-looking guys who want to play grotesque without going the giant-prosthetic-head route (30 years ago, Mark Hamill and David Bowie took it on; 11 years ago, Billy Crudup did). Cooper, a stage-trained actor who has been on Broadway before, did a well-regarded production of the play opposite Patricia Clarkson at last summer’s Williamstown Theater Festival. The moment he tells New York he wants to repeat the role, producers will come running.

Risk factor: Almost none. He’ll get to give interviews about “returning to his roots,” and will either receive a Tony nomination or fail to (and make the whole theater community love him when he’s gracious about it). This whole win-win scenario is in his arsenal anytime he wants to put it into play.

The brilliant thing about setting all of this up so quickly is that, even if only, say, two of the six movies above really work, Cooper still comes out ahead, because male movie stars in their prime are almost always forgiven their bad calls as long as they make good ones with some regularity. That forgiveness will extend to The Hangover Part III, despite some inevitable “Hmmm, maybe he’s not a star” chin-tugging in the wake of this weekend’s disappointing box office.3 No such luck, Cooper haters. The guy has his game mapped into 2015. You will not escape him. And if he hasn’t won you over yet, he has now used intelligent calculation and risk assessment to give himself every possible chance to do so.