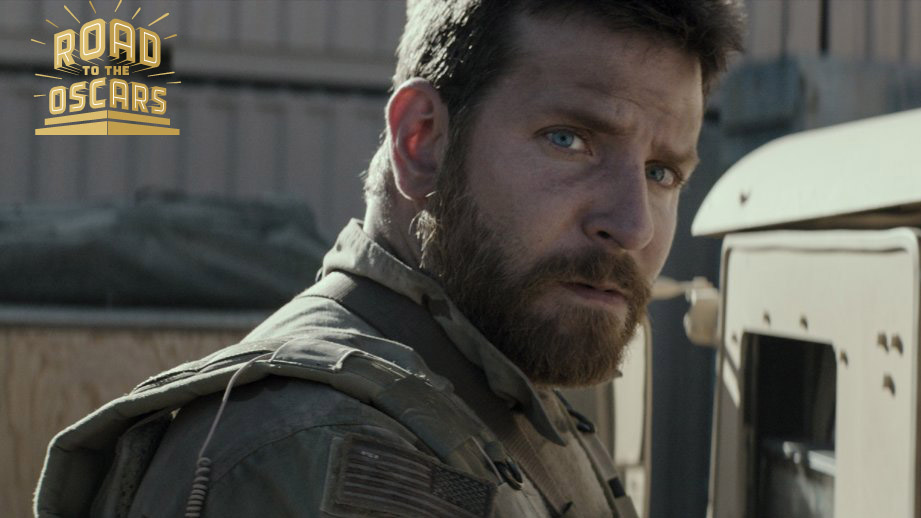 Can sudden, massive, greater-than-expected success at the box office help a Best Picture contender win an Academy Award? It’s a question that doesn’t come up very often, but a reasonable one to ask after Clint Eastwood’s American Sniper amassed what is predicted to be a $105 million gross over Martin Luther King Jr. Day weekend. To put that in quick perspective: In four days, American Sniper will have outgrossed every other film in the category this year. According to Box Office Mojo, its three-day take broke records for the biggest January/February opening in history and the biggest non-franchise opening in history;1 it trails only The Matrix Reloaded as the biggest R-rated opening in history. And Sniper went into the weekend boasting industry momentum as well — six Oscar nominations, including the big one.

All of our Oscar coverage!
So do we have a new Best Picture favorite? We do not. Oscar voters can pander to many different things — charisma, uniqueness, nerve, and talent, as RuPaul would say, not to mention power and beauty — but money is rarely on that list. It’s been eight years since we had a Best Picture, The Departed, that was also the biggest hit among the contenders.2 There’s actually more Oscar history working against American Sniper than for it; the lack of a nomination for its director is a hurdle only two Best Picture winners have surmounted in the last 80 years. One was Driving Miss Daisy; the other, more famously, was Argo, when the omission of Ben Affleck from Best Director may have prompted a counterreaction that helped the movie win Best Picture. But Sniper isn’t Argo; Eastwood’s omission was not a shock the way Affleck’s was, and to the dubious extent that any Academy sympathy might accrue to a film that the Academy itself appears to have undervalued, Selma is a much likelier beneficiary.

There’s something else to consider: In part as a result of that huge box-office number, the conversation around and about American Sniper is about to get a lot more political. Eastwood’s film pretty much skated through its prenomination heats because of (1) Clint love among the Academy’s mostly old/white/male votership, which is not monolithic but, you know, not entirely non-monolithic; and (2) the history police being too busy disemboweling Selma to pay much attention to the fact that Eastwood’s movie was about a man who made his name by killing 160 people in the Iraq War.

Now that changes. The next few days are likely to see any number of right-of-center media outlets herald the film’s box office triumph as a victory for “real Americans,” and an implicit counterweight to “Hollyweird.” And there’s going to be more discussion all along the ideological spectrum about the degree to which American Sniper is in fact a conservative movie — conservative not in the kind of overt expression of politics that it shrewdly takes pains to avoid, but rather in its relative lack of interest in the people Chris Kyle killed, or the country in which they were killed, or what we were doing there.3

The traditional artistic defense for movies like American Sniper is that what they’re interested in is not context, but rather you-are-there veracity — what is it like to be the character at the center of the story? That explanation is only as legitimate as the degree to which a movie convinces you that it is at least aware of the world beyond its own borders (in other words, it has to feel somehow mindful of what it omitted), which is why it works for some movies better than for others. It helped push The Hurt Locker all the way to the finish line, but when charges that Zero Dark Thirty misappropriated torture as a tool to amp up the hunt for Osama bin Laden took hold, the “it’s not about politics” defense was rejected and its Oscar campaign died on the spot, between nominations and awards.

Like American Sniper, Zero Dark Thirty went into the second phase of the Oscar race with a handful of nominations, including Best Picture and Screenplay, but with its director out of the running — and Kathryn Bigelow didn’t carry half the baggage that Eastwood does. How much of that history attaches to the movie itself? There’s no pretending that Eastwood’s decision to venerate the struggles of men in war without looking too closely at the war itself isn’t political as well as aesthetic. It should also be acknowledged that it’s very Eastwoodian; the same approach has informed movies in his filmography as bad as Heartbreak Ridge and as good as Letters from Iwo Jima.

Of course, the decision that ideology and historical context have no connection to human experience in wartime can be a way of saying war is “above” politics, which is in some ways about as political a statement as you can make. American Sniper explicitly seeks to honor Chris Kyle and his memory. But the degree to which his life should be memorialized, as opposed to examined, is an argument the film’s success will reignite rather than resolve. That won’t necessarily be a right-versus-left fight. Even in Hollywood, support for the movie doesn’t break down along entirely traditional lines — Michael Moore apparently does not admire American Sniper, but Jane Fonda does. However, overall, the film epitomizes a take on war that, in recent years, has not done well with the Academy. It’s not primarily a story of death or destruction or waste or casualty; it’s very much a story about prowess, and about what that prowess costs the person who possesses it. War narratives about the burden and responsibility of being exceptional — a notion that in some ways echoes what is often the conservative case for military intervention — are more polarizing than this one may have initially appeared to be. In which case, I wouldn’t expect Academy members to give Eastwood’s film any more respect than the considerable amount they’ve already shown it. Success breeds scrutiny, and some voters may only now be taking their first close look at what exactly it is they nominated.

‘Serial’ Season 2: Funkmaster Flex and the Curious Case of the Unnamed Shots