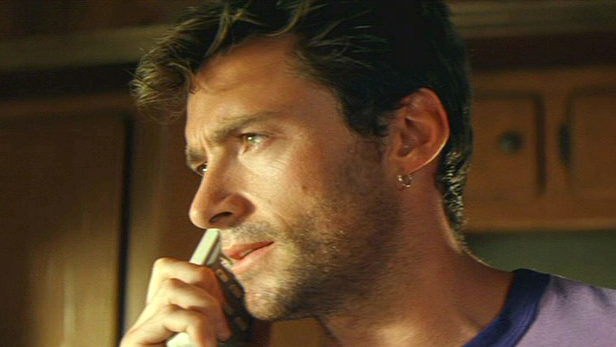 DISCLAIMER: Reading this post without a pair of fingerless gloves on is dangerous and not recommended.

This weekend, we will all have the experience we’ve been looking forward to our whole lives: watching Thor play a hacker in a Michael Mann film. Chris Hemsworth’s turn as a felon furloughed to fight cybercrime, directed by the auteur who gave us Heat and The Last of the Mohicans, completes the long evolution of the onscreen hacker from nebbishy shut-in to Norse God of War. It’s an emblem of where our culture’s at right now in terms of What’s Cool and What’s Scary, concepts that often exist in surprisingly close proximity to one another.

But even if Hemsworth’s performance as NICHOLAS HATHAWAY obliterates your memory of all the hackers who untangled Ethernet cables before him, there’s no erasing Hollywood’s vaunted history of computer experts, web mavens, and S&M outfits. What’s our definition of hacker? One who hacks.

In a way, Obi-Wan was our O.G. hacker, using his Elite Tech Skills to disable the Death Star’s tractor beam. Is the Force really any different from knowing all the dopest subreddits? Meet me at the Orange Julius and we’ll rap that shit out.

At the end of the day, Jeff Bridges reigns as the king of the neon k-hole that is Tron, but negative points for getting sucked down that pipe in the first place. Also, Bridges’s character becomes a CEO, and CEOs are totally not hacker. [Kick flips.]

Leave it to David Cronenberg to hear about the concept of hacking and be like, “Yo, I should make a movie about that, except they hack human bodies and all the technology is alive.” Is Allegra Geller a master hacker, or a psychopath, or some figment of our collective imaginations? Are we even real? Will you ever eat Chinese food again?

Sneakers is a “complex but lighthearted thriller about computers and cryptography, government and espionage, secrets and deception and betrayal,” featuring Robert Redford, Sidney Poitier, Dan Aykroyd, and River Phoenix. Sneakers is an early entry into the long tradition of teens hacking into their school databases to change their grades, so, in a way, Carl is the Paul Revere of hacking. 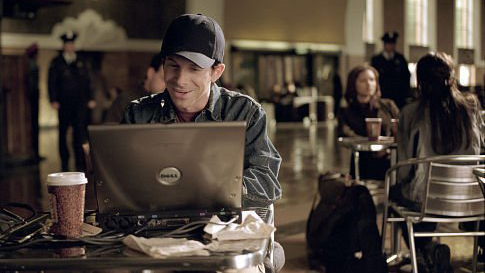 Seth Green’s presence in The Italian Job is another nod to classic hacker archetypes: He’s a nerd. During a scene in which Jason Statham seduces a woman to get her shirt and her truck — which says “NET.COM” on it, if I’m not mistaken — Green watches him, puzzling over how Statham, who plays a character named “Handsome Rob,” could pull off such a feat. Lyle can hack all the traffic lights in L.A. — if only he could hack girls! (I would watch 90 minutes of people explaining technology to Mark Wahlberg.)

If, after watching the trailer for Antitrust, you asked me to guess the year it came out, I would’ve said 1597. In fact, it’s 2001! We’ve come so far. I like to think that Phillippe’s appearance on The Eric Andre Show is part of a long performance-art project that began with Antitrust. I like to think this because it’s unquestionably true.

Sandra Bullock pronounces computer words like she’s reading the Gospels in Aramaic. That’s how tech-crazy the ’90s were: Speed comes out, people see it, and they’re like, “GET ME SANDY BULLOCK AND A COPY OF MS-DOS.” The Net’s idea of hacking is pressing Ctrl + Shift at the right time, but there may not be a movie that contains more fast-pans across computer screens.

7. Lisbeth Salander (Rooney Mara), The Girl With the Dragon Tattoo

Salander is a cyberpunk hacker, which means she’s all tatted up and wears black, pierces inconvenient parts of her anatomy, and fights with her body, not just her computer screen. She’s basically the first entry in our rankings who you can take seriously, which is mostly thanks to Rooney Mara and David Fincher, but also has to do with the fact that if this movie were any darker, the solar system would collapse and be consumed by it.

I found not one but two homemade music videos of Angelina Jolie’s work in the seminal 1995 hacker movie Hackers, which is about hackers hacking. But Hackers actually ended up a little closer to reality than most of its brethren at the time, i.e., The Net (the entire “Hacker Manifesto” is read aloud during the movie) and it was Jolie’s first major role. Twenty years later, Jolie, a major director and power player in Hollywood, would become one of the major subplots in the Sony hacking scandal. In between, she’d wear a vial of Billy Bob Thornton’s blood around her neck. Did Hackers predict all of this? The short answer is “yes.” The long answer is in this pamphlet I’d like to give you. 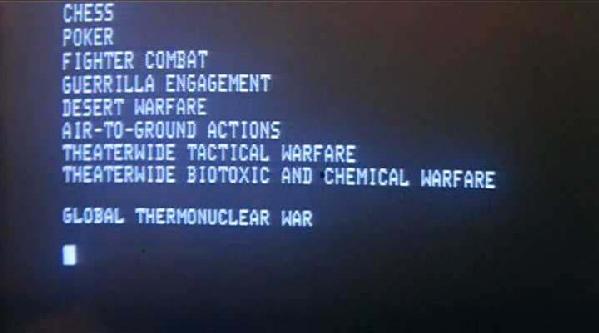 In WarGames, Broderick’s David Lightman tries to play a computer game and accidentally pushes the world to the brink of World War III. That’s good hacking. This movie came out in 1983 and was nominated for three Academy Awards, putting it about a decade, and a few degrees of quality, ahead of most of the other movies on this list. Broderick brings his signature mix of charm and almost inconceivable naïveté to the role. I don’t think we have a modern-day Matthew Broderick, which is a huge bummer.

On Justified or Deadwood, Timothy Olyphant doesn’t give off a ton of evil-hacker vibes. His stubble is too charismatic, and he has the smile of a dog who just bluffed you in poker. But, operating in the Philip Seymour Hoffman school of blockbuster villainy, Olyphant turns his natural charm and talent toward being a real jerk, a swinging dick who points guns at people in addition to doing very bad things with computers. Is Live Free or Die Hard a good movie? Not particularly, but Olyphant’s the best part of it.

The Mark Zuckerberg of The Social Network isn’t technically a hacker in the same way that, for most of The Wolf of Wall Street, Jordan Belfort isn’t technically a felon. Eisenberg’s slimy, sociopathic portrayal will go down as one of the greatest villain roles in film history, particularly among villains who occupied the emotional core of the film.

Neo hacked spoons and kung-fu. Neo is the ultimate hacker. They should make a sequel to this.

There is no hacker movie that is more emblematic of hacker movies than Swordfish. First of all, it features a protagonist named Stanley Jobson, which is a name so fake that Thomas Pynchon wouldn’t use it. Jobson is played by a version of Hugh Jackman who appears to be gripped by permanent amphetamine sweats. Second, it has a moment of gratuitous nudity starring Halle Berry that overwhelms and defines the film. Third, John Travolta’s haircut looks like it came out of a box, or else was done according to the orders of a voice inside his head.

But most crucially of all, it features this (NSFW) scene: