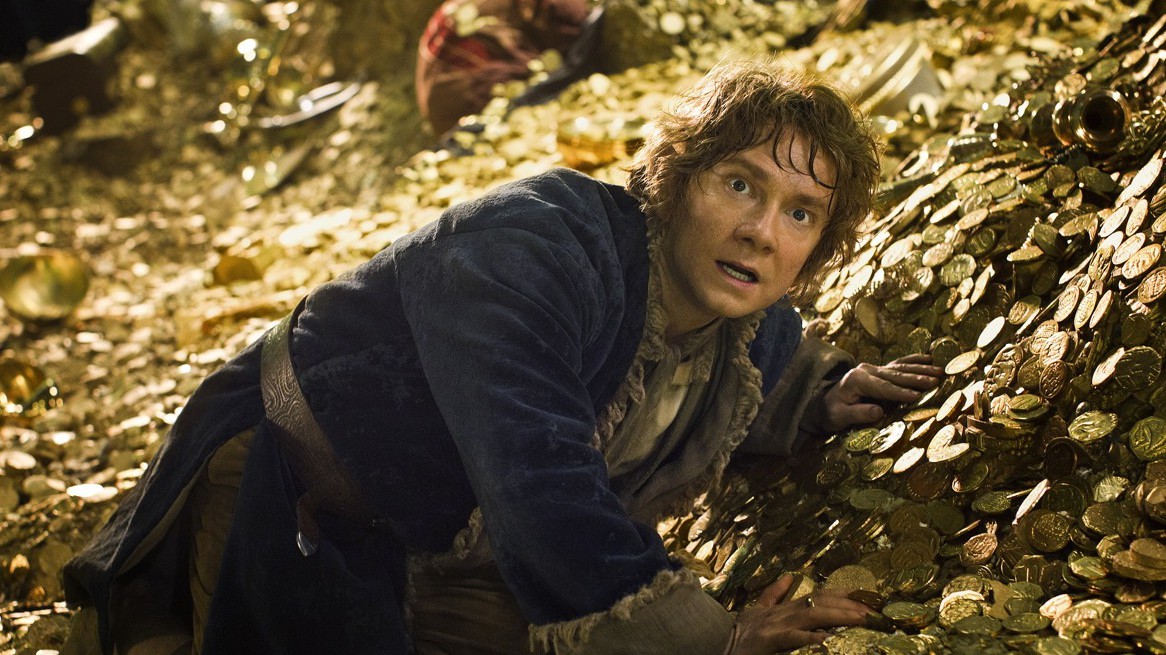 All right, guys, time to pop some Tylenol, take a hot shower, and shake off 2014: Box-office-wise it was a pretty hairy year, even if things ended with a bang. But it’s 2015 now, so let in that harsh morning light and get to work on those New Year“s resolutions. (Those gym memberships aren’t going to quickly ignore themselves.) Foremost on the studios’ self-improvement lists? Stop sucking.

And so far, so excellent! ’Twas a bully New Year at the box office, with weekend revenue up 9.7 percent over the (admittedly low) bar set by 2014. That’s right, Hollywood, old gal; it just took some judicious cuts here, a squirt of Botox there, and you’re your sexy old self again. (For now, at least.) A WWII epic is raking it in; Clint Eastwood’s making a killing; and Rob Marshall has a musical: Party like it’s 2009! So here’s a sip of bubbly to finish off your hangover with a little hair of the Brut that bit you — let’s hand out some shiny new medals to celebrate the bounty of box office returns that should (hopefully) define 2015.

It still boggles the mind that Peter Jackson stretched out what was pretty much a 300-page children’s book into nearly eight hours of epic IMAX screen time. Book-Bilbo literally sleeps through the action sequences that make up the last half of The Battle of the Five Armies. But damn if The Hobbit hasn’t sacked away enough gold to fill the halls of Erebor: Bot5A topped the domestic box office for the third straight weekend, adding $21.9 million to its $722.8 million worldwide gross. So far The Hobbit in toto has grossed almost $2.7 billion, and it has lots of juice left to squeeze. Suffice it to say that Jackson can spend his post-Tolkien retirement cackling madly as he swan-dives into his bottomless pool of cash like some wild-eyed Thorin McDuck.

But it was a good weekend even if you weren’t a hobbit: The runners-up managed to draft off Bilbo to some decent box office: Rob Marshall’s Into the Woods leapfrogged Unbroken into second place with $19.1 million domestic, and it should hit $100 million worldwide in the next day or so. But Unbroken is far from breaking: It added $18.4 million to its $87 million domestic haul, and Angelina Jolie’s film has officially passed hubby Brad Pitt’s own WWII grudge match in domestic box office. Don’t worry, Brad, the rest of the world still loves you and Fury — it’s at $194.8 million worldwide. For now …

Hell, it was even a good weekend to come in fourth. The weekend’s only new wide release, The Woman in Black 2: Angel of Death, defied lowball projections ($8 million) and earned $15.1 million domestic despite blah reviews and the absence of Daniel Radcliffe — which seemed like pretty much the only reason the original made $127 million worldwide. That marks the lowest debut since 2011 of Hollywood’s recent tradition of starting off the New Year with a schlocky horror release.1 But still, 62 percent of those ticket buyers were under 25 — a demographic Hollywood sorely needs to woo back into the fold these days.

Loser: Guardians of the Galaxy

So, we have to scrape the bottom of the barrel to come up with a loser this weekend, and what do we find but … Guardians of the Galaxy. Well, technically. ’Cause The Hunger Games – Mockingjay Part 1 has stayed strong all through the holidays and earned $7.7 million this weekend. It has now grossed $323.9 million domestic and will almost certainly surpass Guardians of the Galaxy’s $333 million to take 2014’s crown. Sorry, Star-Lord. It was good while it lasted.

A Most Violent Year, J.C. Chandor’s Godfather of the heating-oil set, torched the art house with $188,000 in four theaters (for a per-screen average of $47,000; I know, I hate to do the math, too). Pretty impressive for a film that consists mostly of Oscar Isaac agonizing over a land deal. But it’s some good agonizin’! (Enticing spoiler alert: You also get to see Jessica Chastain kill a deer.) That’s the best start of Chandor’s brief three-film career and pretty good numbers considering the glut of prestige fare out there. For example, American Sniper: Clint Eastwood’s film actually increased its take 1 percent in its second weekend, with $640,000 in only four theaters. Sniper has already earned almost $2.2 million, and it hasn’t even gone wide yet.

Selma continues its long, profitable march to Oscars. It banked another $645,000 in 22 theaters and now stands at $2,080,000 in limited release. The loser in all of this, though, is the Southern Democrat everyone loves to hate: LBJ. As fans of Robert Caro know, LBJ was a bastard in many respects, but Selma apparently sweeps his rare redeeming trait, civil rights advocacy, under the rug. Far more Americans are likely to see Selma than plow through Caro’s massive (though amazing), four-plus-volume tome, so, sorry, LBJ, you get to play the villain yet again.

Before saying adios, let’s check in on Sony’s accidental on-demand experiment, The Interview. What happens when you give us the option to watch a major studio release at home or in theaters? We choose home: The Interview dropped precipitously in its second weekend, taking in only $1.1 million in 581 theaters. But it already banked $15 million online last weekend, and this weekend Sony made it available on Comcast, Time Warner, Cox Communications, and Bright House Networks. Those numbers haven’t been released yet, but whatever they are, they will definitely be interesting.

Filed Under: Box office, Movies, the hobbit: the battle of the five armies, The Woman in Black 2, a most violent year, selma, american sniper

13 of the Most Underappreciated Movie Acting Performances in 2014