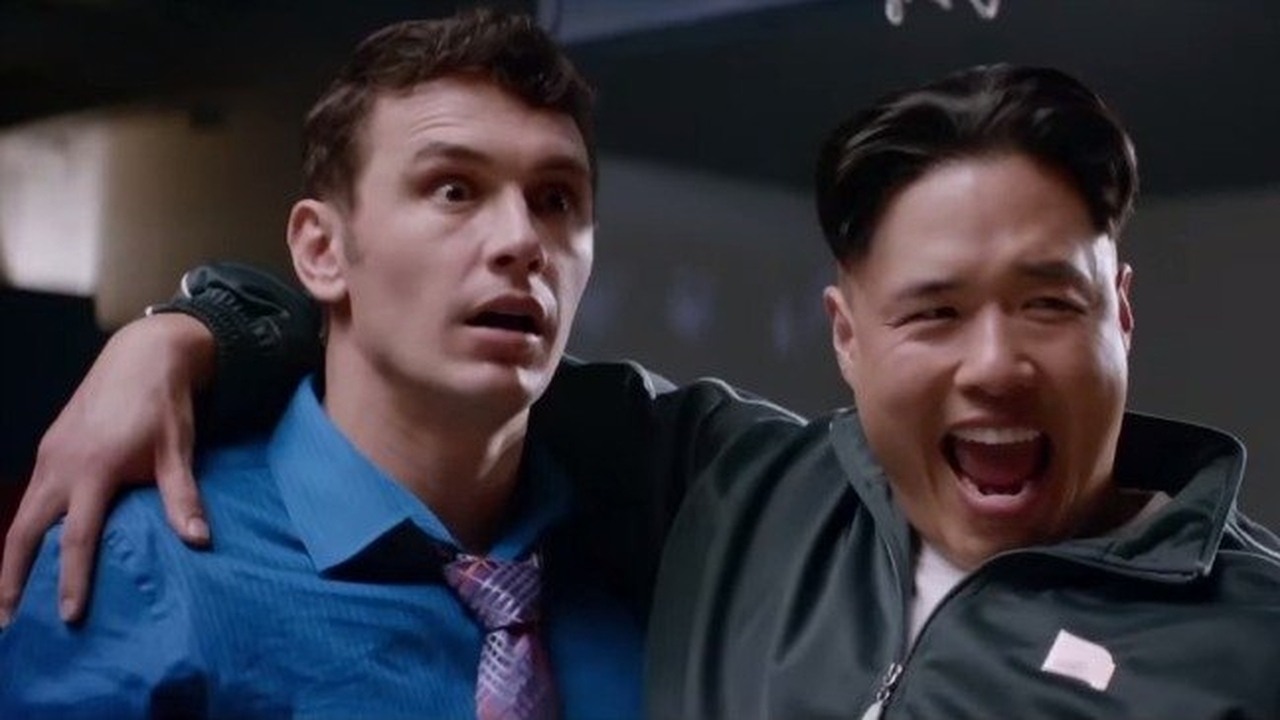 What’s that in the sky? A bird? A plane? Kim Jong-un’s exploding head? No, it’s the North American box office, and it’s back, baby! After a whole year of shrug-worthy box office results, Hollywood decided to end 2014 with some movie meat and potatoes: a star-studded Sondheim musical, World War II heroism, snipers, civil rights activists, and a hobbit in a pear tree. Did it work? Man, did it ever. 2014 finally landed a blow against 2013’s record-breaking year: This weekend, the North American box office was up almost 8 percent over last year, with pretty much everyone getting a taste of the Christmas pudding.

Even with all of that holiday spirit, though, this weekend officially cemented 2014’s steep year-over-year 5 percent drop at the domestic box office, but Hollywood lost that battle long ago. Why dwell on the bottom line when we can revel in our moral victories? The fact is that blustery North Korean hackers got all terror-y on us (well, maybe …), but instead of cowering like shell-shocked studio execs, we the moviegoing public did what we do best: We movie-went. Which is why the no. 1 winner at the box office this weekend didn’t even break the top 10 —

Coming it at no. 16 in 331 theaters, Seth Rogen and Evan Goldberg’s beleaguered The Interview earned $2.8 million over the holidays, as movie nerds and flag-swathed Santas alike heroically1 lined up at indie theaters across the country to do their part in the war against cyberterror. You can look at Sony’s hastily scrambled, and then hastily reassembled, plans to release The Interview and see a frightened, beleaguered company shamed out of collecting insurance on its geopolitical incident of a film and forced to take a huge loss. Or you could see an accidental, portentous experiment in day-and-date movie releasing2 on a scale heretofore unimagined.

Sure, Rogen and Goldberg’s faux-assassination of Jong-un earned only a tenth theatrically of what it would have if Sony had given it a typical wide release, but it was also YouTube’s most viewed video of the weekend. In fact, when Sony finally released the numbers, The Interview had been rented and purchased more than two million times across Xbox, Google Play, and YouTube, earning a cool $15 million — making it the largest day-and-date release in terms of moola made, according to The Hollywood Reporter. Of course, with a roughly $80 million marketing and budget price tag, Sony will need all of it. But it’s a small price to pay to learn a larger lesson about our changing moviegoing habits: If you post it, we will download. Because when it comes to getting us Americans to do our part in the fight against rogue regimes, there’s no better way than asking us to stay at home and sit on our butts.

It’s a little hard to hack the Internet without the Internet, huh? And with The Interview pirated more than two million times in its first 48 hours of release, some of those copies will inevitably show up on a verboten thumb drive in Pyongyang pretty soon, teaching North Koreans that, yes, (spoiler alert) Jong-un does have a butt hole.

Apparently a hollow terror threat raises all boats, because Unbroken came in well ahead of pessimistic projections. Then again, nothing breaks Angelina Jolie: not getting trash-talked by producer-zilla Scott Rudin, not lukewarm reviews, and certainly not the outrageous gender gap in film directing. Jolie’s second directing effort, this World War II endurance epic, had seen some of the Oscar wind dissipate from its sails, but it still opened at no. 2 with $31.7 million over the weekend and $47.3 million over the four-day Christmas holiday, making it the third-biggest Christmas opening of all time. Incidentally, Unbroken will likely surpass Fury at the box office. Not that marriage should be a competition, but we know who gets to wear the WWII epic pants in the Pitt-Jolie household.

If the world is ready for more mega-A-list female film directors, it still may not quite be prepared for Mark Wahlberg as a lit professor. Rupert Wyatt’s The Gambler, with Marky Mark as an academic/gambling addict who uses his own tweedy life as collateral, earned $9.3 million over the weekend (and $14.3 million over the holiday), coming in on the low end of its early projections. The movie did cost only $25 million and could still turn a profit in the long run.

Rob Marshall’s adaptation of Stephen Sondheim’s hit musical Into the Woods also wowed with its song and dance: Despite playing in far fewer theaters than Unbroken, it came in just below Jolie’s film at $31 million for the weekend (and $46.1 million over the holiday). With a handful of Golden Globe nominations and possible Oscar nods yet to come, Into the Woods will definitely make some money off its comparatively reasonable $50 million budget — and it already takes the honor of best opening for a Broadway adaptation after Mamma Mia!

Alas, vague threats against multiplexgoers weren’t enough to help Tim Burton’s foray into the realm of low-key filmmaking. Big Eyes took in only $4.4 million over the Christmas holiday, despite a 72 percent Tomatometer — that’s the lowest nationwide opening of Burton’s career and a rare fumble from Harvey Weinstein.

Even the art house closed out 2014 with fireworks this weekend. Every prestige pic from The Imitation Game ($14.6 million total) to Inherent Vice (almost $1 million total) kept pulling more cash as it expanded wider across the country. But the hands-down winner goes to Clint Eastwood’s American Sniper, earning $850,000 since Christmas in just four theaters. Ava DuVernay’s MLK/civil rights drama Selma marched to $912,000 in 19 theaters since Christmas, and with high Oscar season upon us, it should rack up a whole lot more through 2015.

Right, the actual top film at the box office throughout the holiday was The Hobbit: The Battle of the Five Armies — but you knew that already. Here are the stats on the insane amount of money it made and will continue to make: $41.4 million over the weekend; $54.5 million over the holiday; $168.5 million so far and counting; $573.6 million worldwide; 68 million digital orcs slaughtered by Legolas in the entire series.

The Last Top Five of the Year

Filed Under: Box office, Movies, The Interview, the hobbit: the battle of the five armies, annie, selma, american sniper

The Grantland Staff’s Songs of the Year