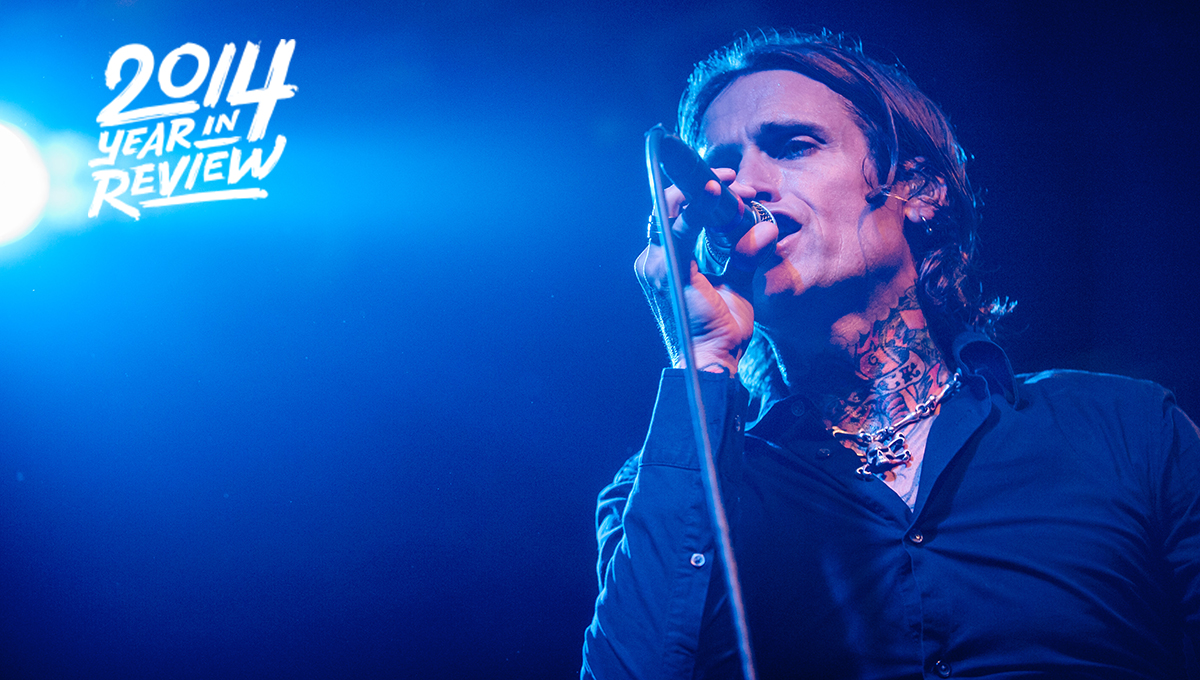 The worst song of the year, however, is not subjective. It just is. And expertise is required to know what it is. You have to hear a lot of bad to discover the worst. Otherwise, you might mistakenly identify a really terrible track as the most terrible track. And that would just be bad journalism.

The worst song makes the entire world a little more terrible by association. It corrupts all those with whom it comes into contact. Its badness can be plainly viewed in the damage it wreaks on all mankind.

All of our critics’ best-of lists, the Year in Holy S#!t sports moments, and our series on What We Saw in 2014.
But before that, let’s recognize the almost-worst songs of the year. These songs are really bad, but their awfulness isn’t quite as hurtful as the worst. When you hear the runners-up, you will feel sad, depressed, irritated, and/or angry. But you will not be experiencing the worst. Trust me. These songs are going to sound like a mash-up of Songs in the Key of Life, Achtung Baby, and Voodoo by the time we’re through.

This song is called “Friday Afternoon,” and it is by 311. Did you know that 311 put out a new album in 2014? They totally did. Now forget I said anything. “Friday Afternoon” is so awful it will make you hate weed and Iron Maiden. It should not be allowed to live in your brain.

What could be worse than a pop reggae ditty about middle-aged people who “go again, then again, till we’re spent”? Just how hard can a person retch anyway? Plenty hard. You haven’t even begun to retch yet, my friend. For instance, here is a pop reggae ditty that wasn’t buried on a mostly ignored 311 album. This pop reggae ditty was inescapable in 2014. I refer, of course, to “Rude” by Magic!

Yowza, that still really stings! Let’s not linger here too long. Hearing that comically limp guitar solo too many times may cause infertility.

The worst song of 2014 is “Say Fuck It” by Buckcherry. It is the single from Buckcherry’s recent EP, Fuck. “Say Fuck It” is Fuck’s worst song, which means “Say Fuck It” won the gold medal at the Shitty Olympics. A lot of hard work and preparation went into this horridness. “Say Fuck It” didn’t just earn “worst song” status, this monstrosity grabbed it like an ill-tempered lion, as all champions of cretinous distinction must.

“Say Fuck It” won by satisfying the three core components of worstness.

1. It is hatefully lazy.

Musically, “Say Fuck It” is a rewrite of Icona Pop’s 2012 hit “I Love It.” Lifting the chorus wholesale should’ve given Buckcherry plenty of time to hammer out some words. But the words must’ve gotten lost somewhere between the studio and the strip club. So this is what we’re left with: The tattooed spider monkey singing the song crashes his car into a bridge and watches it burn. Then he packs his girlfriend’s shit in a bag and throws it down the stairs. Then … he crashes his car into another bridge. Then it’s more shit-packing. “Say Fuck It” is the rare song that rips off itself by the end.

2. It is lazily hateful.

Dude directs “Say Fuck It” at a “crazy bitch.” Buckcherry directs most of its songs at crazy bitches. I am calling on the U.S. government to arm crazy bitches everywhere so that they may finally win the war against Buckcherry.

3. It is unintentionally resonant.

2014 was a bad year in so many ways. Injustice and corruption were omnipresent. We could barely make it through the week without some formerly trusted person or institution letting us down. When things go this wrong, perhaps only our worst art can speak for us. 2014 was basically a “Say Fuck It” kind of year. Blast this song and then bury it in a hole with the rest of 2014.

Kitsch and a Witch: Tim Burton’s ‘Big Eyes’ and the Movie Musical ‘Into the Woods’