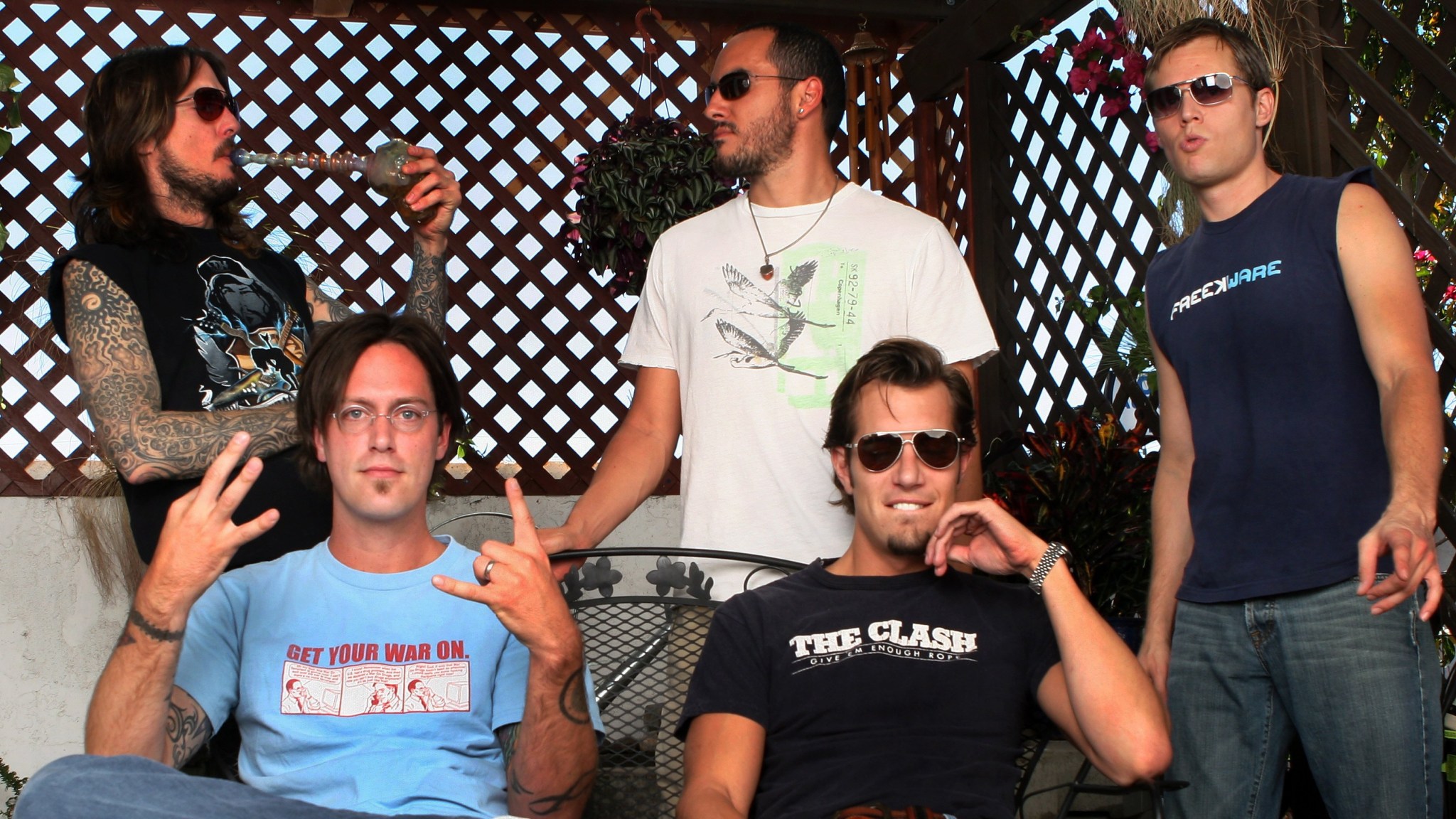 Welcome to Escape From Pop Purgatory, where we check out new music made by people who are better known than 98 percent of the oppressively “cool” artists over whom the media obsesses, yet are commonly perceived to be years past the point of cultural relevance. (Pop Purgatory is fame plus time.) Because we’re unwilling to let albums released by established if unfashionable pop-culture institutions come and go without a proper listen, we’re giving these damned souls a shot at redemption — or at least some much-needed publicity outside their respective fan bubbles. In this installment, we look at the new album by one of the biggest rap-metal-reggae bands of the ’90s, 311.

Period of Peak Fame: 1995-97. How did you spend your 311 Day on Tuesday? In accordance with 311 Day tradition, perhaps you attended the ceremonial hang in the quad with Sully and Thompson, where you received communion from the sacramental one-hitter before feasting on some home-cooked nachos with a side of freshly brewed Mountain Dew. After that was surely the annual viewing of the street-skating videotape your bro Monkey bought for some reason in 1992. Then, a very long nap.

If any of these references made the least bit of sense, chances are you were in high school or college when 311’s self-titled 1995 album and its “experimental” 1997 follow-up, Transistor, were dominant forces in youth culture. Lighter than nu-metal, funkier than grunge, less edgy than gangsta rap, and more Midwestern than reggae, 311 was uniquely positioned to quench the never-ending thirst for loud, dumb, danceable party music in the mid-’90s, one of the most carefree and frivolous periods in human history. The self-titled LP was particularly ubiquitous, spawning the hits “All Mixed Up,” “Down,” and “Don’t Stay Home” and going triple-platinum. But those numbers don’t fully illustrate the album’s reach — basically, so long as one person in your clique owned 311, the whole group owned 311, because that bullshit hardly ever left the car’s CD changer.

With the noisy and fitfully melodic Transistor, 311 sought to shore up its artistic legacy — it wanted to be the thinking man’s Sublime, but wound up the pretentious alternative to the Red Hot Chili Peppers. Willfully eschewing the radio-friendly formula of the self-titled record (which, for better or worse, truly is one of the defining records of post-grunge ’90s mainstream rock) reduced 311’s album sales by two-thirds.

What’s Happened Since: Transistor’s similarly incoherent 1999 sequel, Soundsystem, went gold, as did 2001’s From Chaos. While 311 has hardly been a commercial juggernaut in the past 10 years, it hasn’t fallen off a cliff, either. The band released four albums between 2003 and ’11, and each debuted in the top 10. Still, like most artists of its vintage, 311 survives by touring and catering to a loyal fan base undeterred by the faded fortunes of pop-friendly rap-rock. 311 even has its own annual cruise, though this year’s trip was set aside so the 311 Nation could celebrate 311 Day on land this year.

Where Are They Now? The narrative within the 311 Nation heading into the new Stereolithic was that 311 was putting out a record independently for the first time since 1991’s Unity, and that this should be construed as a positive, even liberating development. As lead singer Nick Hexum told Billboard in December, “The label system is corrupt; they’re so incompetent with their ability to bring any value to the table. It’s just a rip-off.”

All of that is probably true. But positioning “going independent” solely as a deliberate choice — and not at least partly the byproduct of being an aging band that record labels are no longer interested in — is reminiscent of that old Spinal Tap line about playing smaller venues because your following has gotten “more selective.” There’s certainly nothing on Stereolithic to suggest that 311 was constricted creatively by the corrupt label system and is now primed to give you the real, pure, deep-down 311 truth The Man didn’t allow you to hear. No, Stereolithic is essentially a straight-down-the-line 311 record that derives directly from the band’s most commercial (and therefore corporate) period in the mid-’90s.

On Stereolithic, the beats are still snare-heavy, the riffs are still muscular and generic, and the harmonies are still totally white-bread and disconcertingly polished, like a rasta-barbershop outfit. (In the annals of ’90s rock, only Bad Religion had weirder and less congruous harmonies.) If you liked 311 two decades ago, then lost interest, and for whatever reason feel compelled to check out what the band is doing now, Stereolithic will make it seem as if no time has passed.

Oh, and did I mention that 311’s lyrics are still the bong water of rock lyricism? Take this chestnut from the opening track, “Ebb and Flow”: “Always on the go and you’re 30-30 / Gotta make the ends and get dirty dirty / Will it ever stop? Will it ever end? / Is it worthy?” Whoa, and what if my necktie is really a noose? Dude just made my brain pop an ollie.

Representative Track: “Friday Afternoon” distills everything 311 has ever pulled off semi-competently in the space of a single song: There are some gentle island riddims, a couple Jerry Garcia licks, those awkward harmonies, a little metal riffage, and of course dependably terrible lyrics. (“I got the message you’re sending / Go again, then again, till we’re spent / I hear somebody coming.” Ugh, that’s about people in their forties doing it, kids.)

Escape From Pop Purgatory: Not really. But maybe you’re the one in purgatory, broseph. Think about that.

Attention, Delayed 'Flight of the Navigator' Remake: 'Explorers' 2.0 Is Coming for You